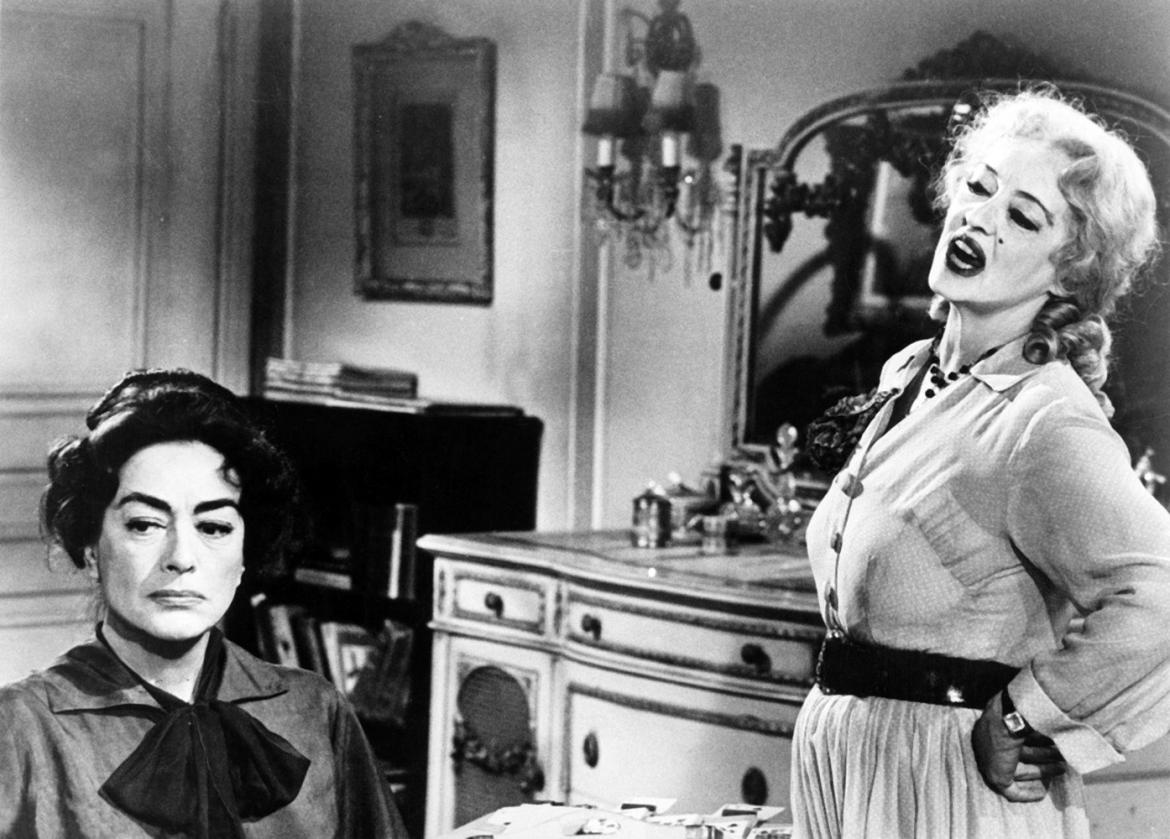 What Ever Happened to Baby Jane? (Movie Review)

Added to the handful of films that can truly claim the right to being the forbearer of an entire subgenre, Robert Aldrich’s What Ever Happened to Baby Jane? is an equally riotous and chilling portrait of jealously and vanity. While some debate as to whether Sunset Blvd. or Baby J incited Grande Dame Guignol cinema (or, more fondly known as hag horror), audiences should enjoy seeing glamorous actresses of yesteryear get down-and-dirty with Mean Girls-level spiteful digs that feel uncomfortably horrific and humorous. It’s hybrid horror at its very best.

Growing up, Baby Jane (Bette Davis) was the new Shirley Temple: she had some cute tap dancing skills, a money-grubbing dad, and an awkward little sister, Blanche (Joan Crawford), who idly stands by watching the second rate Jane gain the fame. Years later, Blanche is the star with a heart of gold, who helps her D-list sister get film roles. Jealous of Blanche’s newfound fame, Jane crashes the family car and paralyzes her sister, ironically leaving her stuck to care for Blanche the rest of her life.

The driving force of Baby Jane is in Davis and Crawford’s performances. Drawing from her bombastically nuanced character in All About Eve, Davis flavors Jane with menace and humor that underlies the film with a sense of unease that fails to break. Crawford shrouds the wheel chair ridden Blanche in an immeasurable cloak of pain and terror, which is greatly supported by methodical uses of setting and blocking. Despite a few hiccups in terms of pacing, Aldrich does well in crowding the frame in an overwhelming sense of claustrophobia, as we only ever see Blanche confined to her room, or briefly beyond the periphery of her doorway. The audience is easily trapped with her in Jane’s vengeful grasp.

Much credit is rightfully due to Lukas Heller’s script and the depth he gives to Jane and Blanche. Their caddy quips and physical humor rarely, if ever, overshadow the oppression they face, as their behaviors are continuously played off as nothing more than varied forms of mental instability and unhealthy obsession. If anything, it’s more horrifying to watch how they’re treated, rather than how they treat each other. By shooting his film in stark contrasts between black and white, Aldrich’s direction helps feed into a deceptive dichotomy of good vs. evil the film so wickedly upends at every turn.

Fifty-five years later, Baby Jane still works because its aesthetic appeal to the horror genre helped to reinforce its relevance to the era in which it premiered; and its commentary of contemporary society is no less important, either. Its greatest success, though, is in its inspiration for an entire subgenre. Spawning both domestically and abroad, hag horror entries like Strait-Jacket, Onibaba, and Robert Zemeckis’ underrated and highly referential classic, Death Becomes Her, are but few worthy offsprings of Aldrich’s opus.