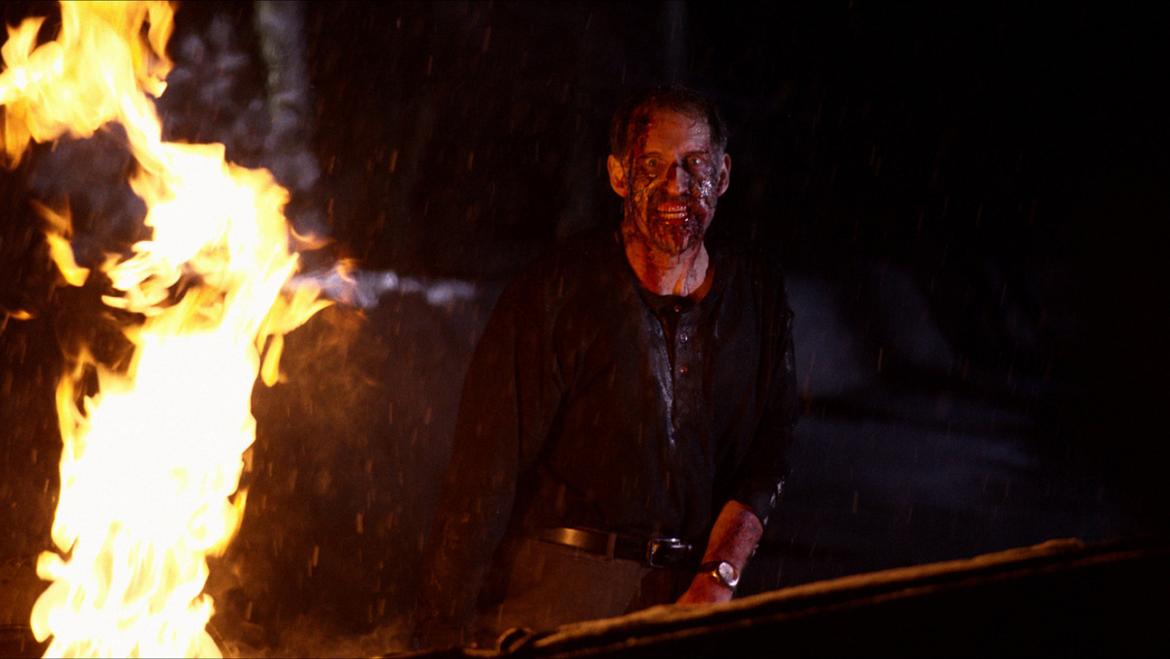 You know you've done it. Focused on a pencil or some other inanimate object and tried to make it move with your mind- all the while making some stupid face that looks like you might be in severe digestive distress. If not, well then I'm sure Joe Begos has at some point, which eventually lead him to make The Mind's Eye- a Scanners-esque thriller with a throwback style that is sure to please fans of the cheesy gore flicks of yore.

Begos, who helmed the uber low budget alien flick Amost Human, continue his love of practical effects and florescent lighting to tell the story of Zach (Graham Skipper), a promising but potentially dangerous psychokinetic. Zach is tracked down and taken under the wing of Dr. Slovak (John Speredakos) with the promise to be reunited with his romantic interest, Rachel (Lauren Ashley Carter). However, Slovak's institution isn't all it appears to be as he has rounded up the most powerful psychokinetic's in hopes of harnessing their power for his own sinister deeds.

It is indeed a good time to be a genre fan with all these young filmmakers embracing throwback styles and in the process making them new again. Begos in particular seems to have an obsession with the 70's and 80's when it comes to gore and cheesy acting. Whether or not the latter is on purpose is up for debate, but there's a joy to his style that movie fans should jump on board with.

Between Skipper (who seems to be the unholy spawn of Zach Galifianakis and Daniel Radcliffe) and Speredakos there is enough grimacing and painful grunting to make you suspicious as to whether or not each shared some bad tacos. There's a sense of humor to be had in the last act and its adherence to actors making funny faces with the score blaring around them to create tension. Even if you laugh though, it works. It certainly helps that before heads start exploding (and after) the film often feels like a cheesy 80's cop flick.

Once you clear the hurdles of actors spouting off  cheesy tough guy dialogue, 40 minutes of setup, and sometimes silly stare downs viewers will be treated to some spectacular practical gore effects. Keeping in mind that Begos is still working from what is likely a shoestring budget makes those effects that much more impressive. The director has an eye for iconic shots (such as a stunning and creepy shot of a veiny blood soaked villain starring maniacally as flames whip around in front of him) and an ear for subtle but effective sound design- either from the synth effects when telekinesis is under way or voice effects on characters undergoing unnatural biological changes.

Sure, there's nothing entirely original on display here and what some will perceive as charming cheese when it comes to the actors others might just write it off as mediocre casting- especially since Carter is performing on an entirely different level than everyone else. The Mind's Eye probably won't blow your mind (pun intended), but it is without a doubt a fun and gory throwback from a promising young director.