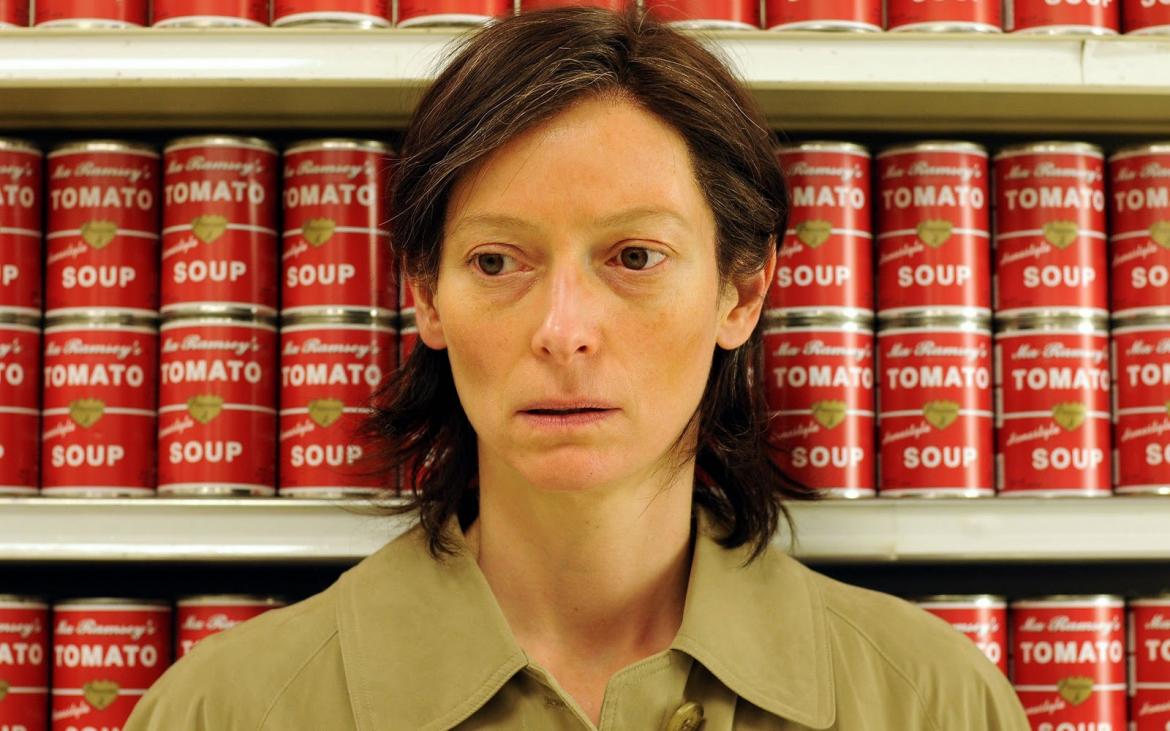 We Need to About Kevin (Movie Review)

“Body Horror” is often discussed as a distinct type or subgenre of Horror proper. The term implies an object that takes for its focus explicit representations of a body’s fragility or its mutability. “Body Horror” is used to describeTusk. It describes the Human Centipede franchise. It describes Cronenberg, Carpenter, or any other number of horror auteurs working in the plastic 80s when practical effects were king. It’s Society. It’s The Stuff. It’s Slither!

But using the term “Body Horror” as a type within a genre taxonomy ignores one of the fundamental criterion of Horror, it’s focus on eliciting sensation in the viewer or reader. Not to split hairs, but EVERY piece of horror is “Body Horror”. Sure, the popular usage of the phrase is based more so on explicitly and locating our horror onto a very specific source of flesh on screen. It’s also a term used to describe a particular time or type of horror representation. But a reconsideration of the term allows us to examine what Horror even is. If Horror is more so about the reaction and the feeling in an audience, then what “body” are we talking about exactly?

Lynne Ramsay’s We Need to Talk About Kevin offers is in everyway perhaps more deserving of the term “Body Horror”. Based on Lionel Shriver’s 2003 novel, We Need to Talk About Kevin is a constellation of horror tropes though with very little of their explicit representation. Motherhood, the monster within, and catharsis all play heavily in the film’s thematics, accentuated by a complex orchestration of interiority and identification.

Eva Khatchadourian (Tilda Swinton) is an anxious recluse. Her house is burglarized early in the film with tidal wave streaks of red paint. A woman accosts her in a parking lot yelling, “I hope you burn in hell”. She appears socially broken and outcast. Flashback to earlier in her life we see Eva in a romantic relationship with Franklin, a near pitch perfect supporting performance from John C. Reily. Then there is a son, Kevin (Ezra Miller), and a daughter, Celia (Ashley Gerasimovich). The family appears prosperous and loving despite a bizarrely tense relationship between Eva and her eerily stoic son. As the film progresses we are given glimpses into the events which lead to Eva’s current place, an act perpetrated by her son that will have irrevocable consequences on her life.

Unlike myriad of other children-as-monster films We Need to Talk About Kevin finds no comfort in the supernatural. The film is more a spiritual ancestor to Jack Clayton’s The Innocents despite it’s exact handling of Kevin’s psychopath nature. Though the events perpetrated offer distinct demarcation of Eva’s life, Ramsay’s film is more concerned with depicting Eva’s interior sense of dread and regret as she deals with this boy-creature and his actions.

Though having initial reservations of carrying out her pregnancy, Eva attempts to engage Kevin throughout his childhood only to be met with miscreant behavior and the threats of approaching violence. By cross-cutting between the past and the present we are able to view natural moments of frustration and anger with a gravity only available from our knowledge of future events. Efforts at maintaining Eva’s identity are met with cruel behavior and miscommunication with Franklin. In one instance Kevin douses a room of Eva’s cherished maps with paint. It’s a fittingly childish moment framed with a cruelty we as an audience can only gauge by our position from Eva’s perspective.

This is where Ramsay’s film finds a fascinating analogy between the horror of Kevin’s actions and Eva’s sickening sense of emerging guilt and grief. As an audience we are aware of a particular tragedy early in the film, an instance which may or may not have been preventable or correlated to Eva’s actions. The title itself and a recurring callback to a voicemail Eva leaves Franklin speaks to this sense of regret, grief, and culpability. They must perform these actions and tasks. But when is it too late? What amount of responsibility does Eva shoulder for Kevin’s actions in the nurture/nature sense of things? And does that debate even matter if she’s done both? The film offers no easy answers, and perhaps none at all.

All of this is imbued with a grinding, churning sense of disgust through the film’s sound design and the omnipresent visual motif of the red. Fingernail biting is witness in tight close up with dripping saliva. Eva attempts to avoid a neighbor by hiding next to a wall of Tomato Soup cans. Red paint is scrapped off with fingernails. Smacking mouths devour meals while breakfast cereal is crushed under thumb. Ramsay depicts these bodies with a cool detachment punctuated with wavering, tilting focus. There is a constant sense that at any moment grotesque and primal instincts will erupt out from inside everyone on screen despite the steely cool of their large, chic house. Every body in the room is volcano. The aural world in We Need to Talk About Kevin becomes as much a prison as Eva’s ingratiating sense of guilt and anger.

This correlation between Eva’s torrential subjectivity and the audience’s identification is best demonstrated in a sequence at the beginning of the We Need to Talk About Kevin. Eva is viewed in birds-eye at a Spanish tomato festival.  The crowd is a slithering, hydra-like mass of limbs chucking and gobs of tomatoes as a pulsing, nauseating soundtrack plays. It’s a scene that invokes layers of cosmic scope and scale held tight within pulpy flesh and crowded, sweaty layers where skin meets skin, hot blood and impulse coursing just beneath the surface. Elation, terror, and release converge as Eva is passed above the crowd from one set of hands to the other, calling to mind a paradoxical presence of body both lost and aware.