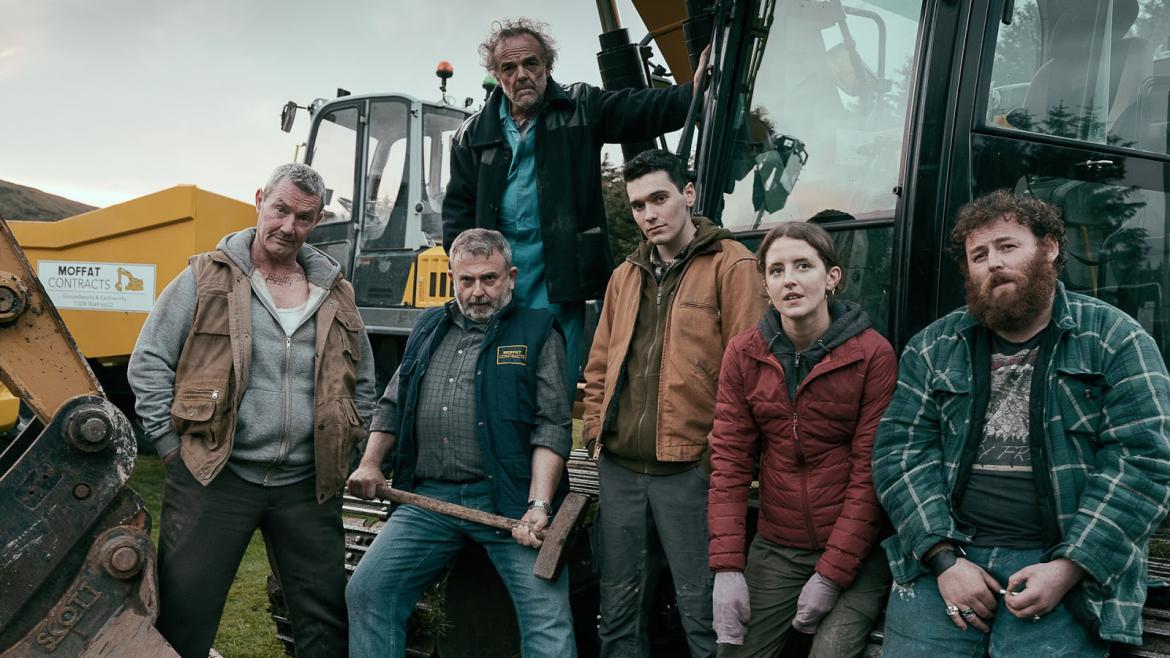 The Boys from County Hell don’t have time for your cute little Bram Stoker’s Dracula nonsense. The boys of Six Mile Hill live in a countryside that houses a much more dangerous blood sucker...one that almost never bothers to show its own face in a movie that’s more/less dedicated to its mythology. Chris Baugh’s flick is not short of cool vampire shenanigans, but it’s also extremely shy about giving its big bad a spotlight.

Lead by Jack Rowan as Eugene, Boys from County Hell follows a crew of road workers who, while prepping construction of a project that locals view as destruction to their community, accidentally awaken and unleash an ancient vampire that immediately begins wreaking havoc on their small town.

Don’t get me wrong, withholding your monster is often an admirable and wise choice. But Baugh takes the “don’t show the monster” to an unfortunately literal degree. When audiences do get a peek at a very formidable and creepy baddy it’s almost completely shrouded in shadows and basically impossible to see. The adherence to myth and mystery is a bold choice and Boys from County Hell has an abundance of characters to put through the proverbial meat grinder. However, the film’s sense of humor and use of vampire lore only goes so far when the figure it’s building up is hiding behind an army of turned vamps that are recycled from any number of bloodsucking stories genre fans have become numb to.

Beyond its genre leanings, Boys from County Hell offers an allegory for the damage being done by the rampant urban expansion and the impact on the lives of those in the crosshairs. It’s emotional beats revolve around a tragic friendship and the angsty relationships between a father and son. The film certainly strives to build out a fleshier narrative, but unfortunately both of these threads often take a backseat to the vampire violence and inconsistent rules surrounding its supernatural elements.

What we’re left with is the rules of the vampires here, which ultimately do not adhere to everything we know about the ancient monsters. These vampires are essentially immune to sunlight (though much of the film takes place at night), a steak or any sharp object through the heart only slows them down. Abhartach -- as the Irish legend refers to it -- and it’s undead ilk can only be contained by burying them in the ground under a pile of rocks. Abhartach itself is so powerful it doesn’t even need to bite you to feed as mere proximity drains the blood from your body. It’s an extremely cool concept and visual that runs through the film but the film refuses to meet a quality as heightened or unique as that.

Boys from County Hell is an Irish horror comedy driven by its dry sense of humor that is at odds with the mythology and intriguing horror elements at play. The film’s conceptually fascinating antagonist is obscured to the film’s detriment and the lore surrounding the creature writes a check Baugh is hesitant to cash. Boys From County Hell is still loaded with genre friendly gore and an alluring villain but it just never manages to meet the expectations it creates.

Screened as part of the 2020 Nightstream virtual film festival. Shudder will release Boys from County Hell in 2021.