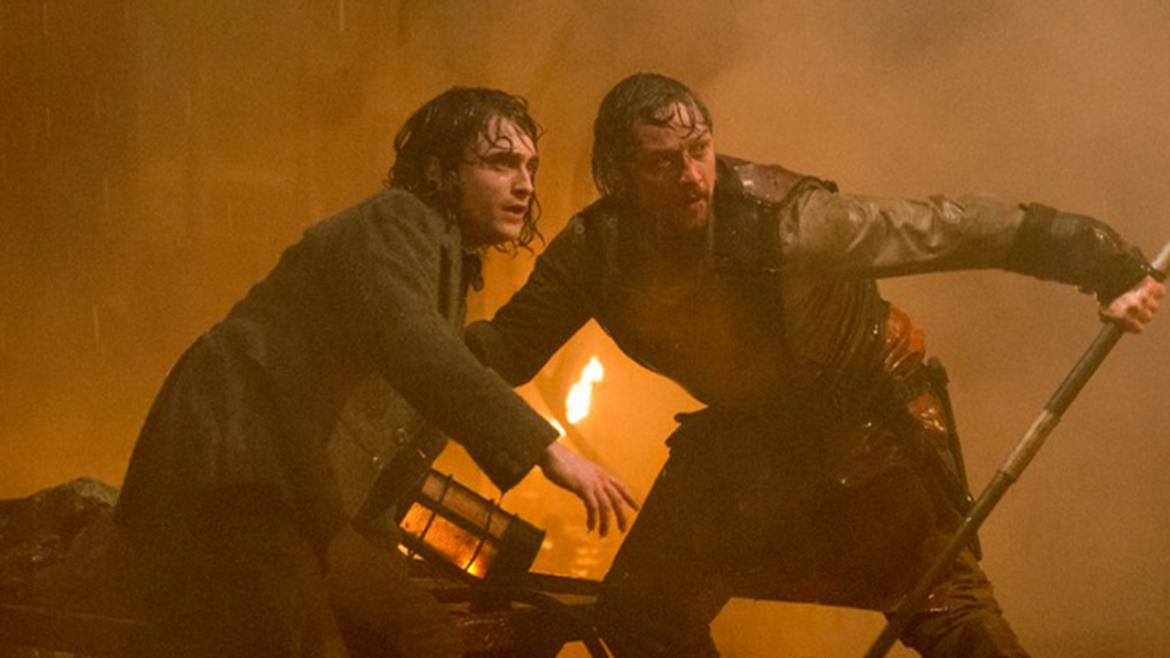 In its opening moments, Victor Frankenstein confesses: “You know this story.” It’s true, Mary Shelley’s tale of a brilliant doctor who seeks to conquer death has been told and retold countless times over the last, oh, two hundred years, to varying degrees of success. After all this time and all of these interpretations, some may opine that the story, much like the creature Frankenstein cobbles together from bits of dead flesh, is best left in the ground. If there’s one sacred rule of horror, it’s that you can’t keep a good monster down and you only have to consult earlier adaptations of Frankenstein for the blueprint on how to put one over on the grave. All it takes is a little bit of electricity – which is something James McAvoy, who plays the titular doctor this time around, provides in spades.

For two thirds or so of its runtime, Victor Frankenstein at least makes the effort to do something new-ish with its centuries-old source material. Rather than cast Frankenstein or his monster in the central role, it’s the doctor’s assistant, Igor (played with a mixture of grounded practicality and youthful pliability by Daniel Radcliffe), who is our protagonist. We follow Igor as he goes from hunchbacked circus performer to dashing turn-of-the-century London gentlemen with a little help from the medical finagling of McAvoy’s Frankenstein. After they partner up – and it is a true partnership as Igor has a fair bit of medical know-how – we witness their early experiments using animals and the consequences of these actions. Then, once the third act arrives, the Frankenstein story in proper, more or less, begins.

The third act is also where the movie – which until that point was a fine yet frivolous exercise buoyed by the crackling chemistry of its leading men – kind of falls apart. Everything screenwriter Max Landis had been setting up – shady financiers, zealot policemen and upset fathers – is abruptly abandoned so McAvoy can deliriously shout in a rainstorm. In this rush to play out an entire movie within the third act of a different movie, Landis can’t even keep his leads straight, with both Frankenstein and Igor undergoing massive and wholly unexplained shifts in motivation.

Victor Frankenstein may not fully succeed in breathing new life into the aging examination of the hazy lines separating man from monster, but its attempt is commendable enough. At least, the film works as a watchable, action-heavy vehicle for its two almost fiendishly charismatic leads. McAvoy in particular puts on a show, tearing through his scenes with an infectious enthusiasm that, while not enough to fully make up for its shortcomings, keeps this experiment from being a total bust.