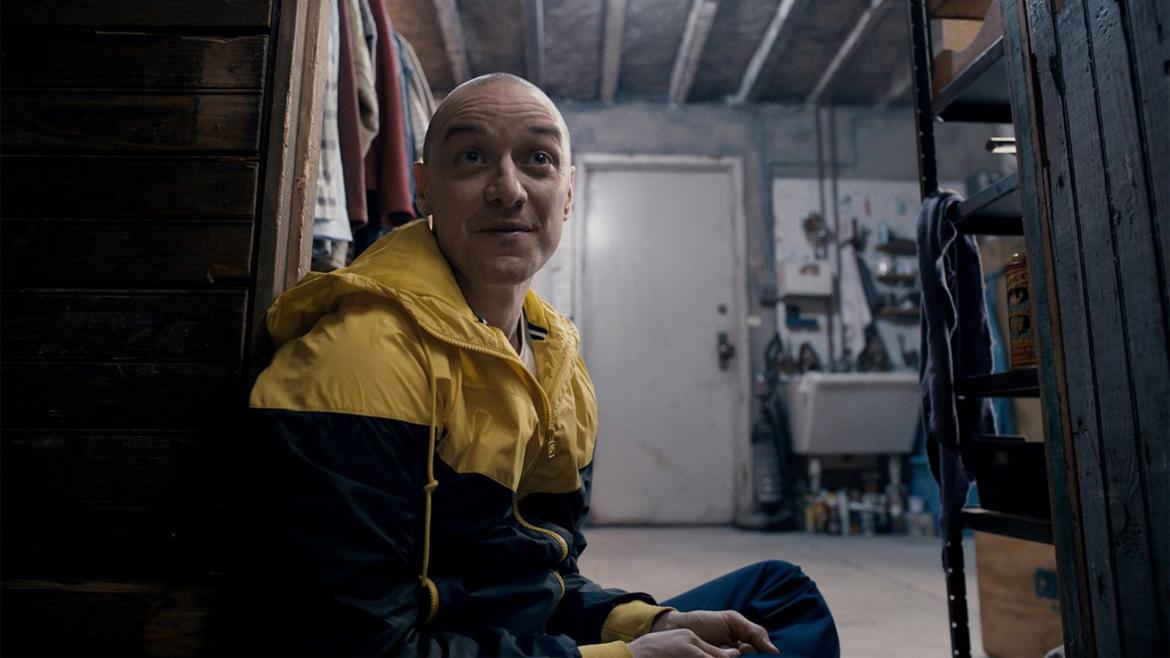 It wasn’t too long ago that seeing M. Night Shyamalan’s name in the trailer for an upcoming movie would elicit smirks and groans. After making a name for himself with The Sixth Sense, it seemed that he could do no wrong...we were all so young and naive. By the time we got to Mark Wahlberg playing a middle school science teacher and wondering what happened to all the bees, Shyamalan’s fans had soured on him. When initial trailers began surfacing for The Visit, cautious optimism sprang anew and, for many, that optimism was rewarded. But movie fans know better than to assume that just because it feels like the old times doesn’t mean we can just forgive and forget. We had been hurt before and we wanted to guard our hearts. And then Split came along.

The film chronicles the story of three teens—Claire, Marcia, and Casey—who are abducted from the parking lot of a Philadelphia area mall (locals, you know where I mean!) by a mysterious man. The girls wake up, locked in a windowless room, with two small cots and a spotless bathroom. But this is anything but your typical abduction story, because while their captor may only have one body, he is certainly not simply one person. Kevin/Berry/Dennis/Patricia/Hedwig suffers from Dissociative Identity Disorder, or DID, previously known as Multiple Personality Disorder. Each one of his alters has a unique background and personality, as well as their own motivation for keeping the girls.

Telling the story of someone suffering from DID in a way that humane and not sensationalized is challenging, particularly when that person is being cast as the villain in a horror movie. M. Night Shyamalan has clearly done his research, however. Kevin’s DID is rooted in childhood trauma which, while not excusing his present behavior, does at a minimum make his motivations clear. The presence of kinder alters, like Hedwig, who is a nine year old boy, not only provides levity to the story but makes our “bad guy” more complicated than we typically get in horror, let alone in our criminal justice system. The character of Dr. Fletcher, Kevin’s therapist, offers a sympathetic lens by which to view our antagonist. Through her eyes, we see a man who is struggling with his demons in a very literal and observable way.

James McAvoy deserves much of the credit for how this character is portrayed as well. A lesser actor would have taken this script as an opportunity to chew scenery and show off all of their best character work that they never get to do. McAvoy’s performance is measured and grounded. He plays a nine year old boy and a middle-aged woman with a range and restraint that speaks to his talent as an actor. And on the few occasions that we get to see him “switch” as different alters take control, he is incredible. The energy seems to shift before we even hear him speak. Each of the three alters that we spend the majority of the film with feel lived in and real, and without this performance at this center, this movie would have surely gone awry.

This movie is, in many ways, a return to form for Shyamalan. Set in and around Philadelphia, he has brought us back to where he is most comfortable, and I am not speaking simply of setting. Like many of his previous movies, Split gives us a villain who is not simply black and white. Likewise, its ending will likely feel familiar, at least in form, to movies like Signs and Devil, and that isn’t a bad thing. Shyamalan seems to be concerned with asking big questions on small scales, and this movie is no different. There seems to be a clear moral to the story, and the film’s climax hangs on it.

Coming on the heels of The Visit, this movie will likely make viewers optimistic. Shyamalan may have flown a little too close to the sun, but he seems to have mostly learned his lesson. We can only hope he built sturdier wings this time.