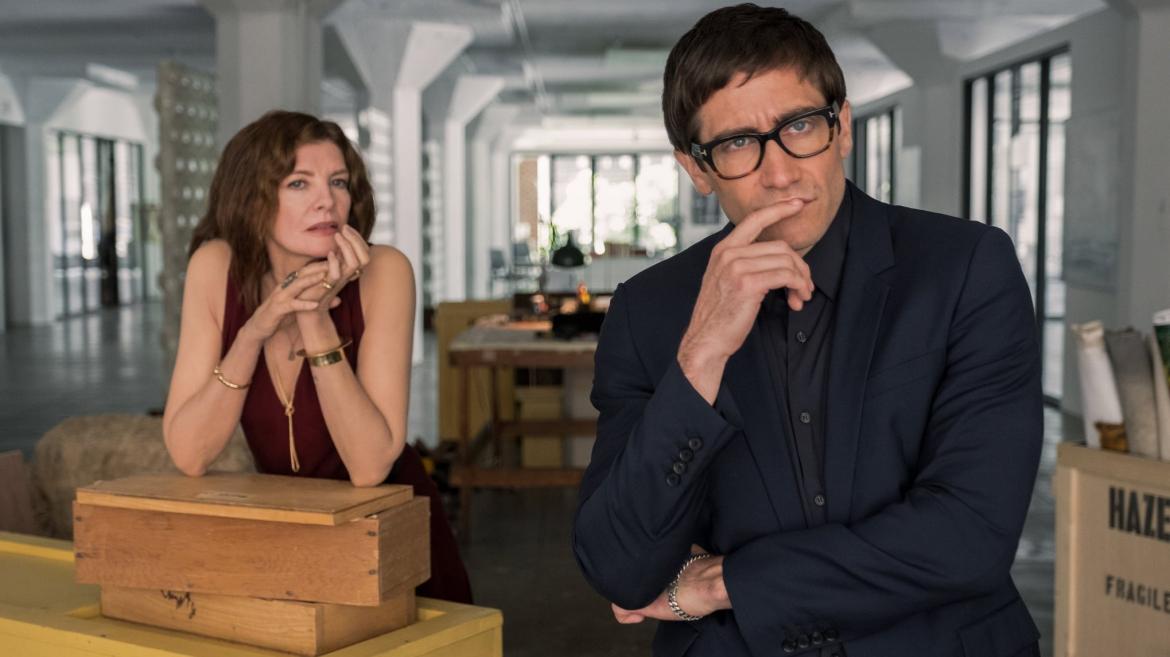 Dan Gilroy's directorial debut Nightcrawler turned so many heads in the film community that he quickly became a filmmaker to watch. That particular vision seems to have taken a backseat in the director's subsequent efforts, including his latest, Velvet Buzzsaw. This art world satire certainly paints a deceptively stylish picture with the blood of its snobbish creative types, but it lacks a distinctive voice, sense of structure, and raw tension that made Nightcrawler so captivating.

Velvet Buzzsaw is set in the LA art scene where an unknown artist, discovered in death, leaves behind a collection of artwork that becomes the hottest commodity in the industry. However, this attention seems to unlock a curse that targets anyone who profits from its success. Jake Gyllenhaal stars as a stuffy art critic, Mort, who begins to uncover the art's supernatural powers. Gyllenhaal oozes the obnoxiously pretentious behavior of an art obsessed hipster and as the discovery takes a toll on his sanity his twitchy uncaged energy boils over and begins to salvage the film's aimless first two acts.

Gilroy manages to capture the over-the-top snootiness of contemporary art culture combined with the shady dealings of exhibit owners almost too well. Characters come across hollow and soulless with very few identifiable human characteristics outside of who can sound the most like a snob to the point of nearly making art seem like a secret language. What Gilroy fails to do is land a conceptual position on the importance and/or dangers of creativity. These ideas are lost in translation with muddled themes about greed and they all blend into one fairly colorless exercise in vague absurdity thanks to the final act's fairly ludicrous but welcome genre weirdness.

Like the amalgamation of splashy colors on a canvas, Velvet Buzzsaw begs you to look closer and find meaning where there possibly is none. Gilroy could be commenting on the subjective phenomena of self-proclaimed intellectuals crowding exclusive exhibits ooh-ing and awe-ing at blotches of random color, claiming that it speaks some deeper truth as they shell out wads of cash to buy them. It's negligible however, because the direction here often feels like it has no flow and Gilroy's concept is mostly wasted until the last act.

Additionally, Gilroy's script seems to lack the conviction to truly embrace the weirdness from beginning to end. The supernatural art's tactics of dispatching victims ranges from the ultra bizarre to just plain boring. The film sets the scales of "WTF" with a victim being violently pulled into a portrait by dozens of ape arms shooting out from it. Unfortunately Gilroy never takes full advantage. Often the film toils with the morbid nature of our expectations or understanding of art, portraying one victim in plain sight mistaken as part of the exhibit for hours. It's moments like this that make it never entirely clear what if anything the filmmaker is really getting at.

Velvet Buzzsaw wants to be a challenging work of art, but it's far more frustrating than it is insightful. It could be equated to the cinematic equal to a magic eye portrait. If you focus hard enough, a blurry vision of something can be made out, but perhaps the image is not as satisfying as the effort put into it. To others, it's just a cacophony of colors and shapes with no other purpose than to give you a headache.