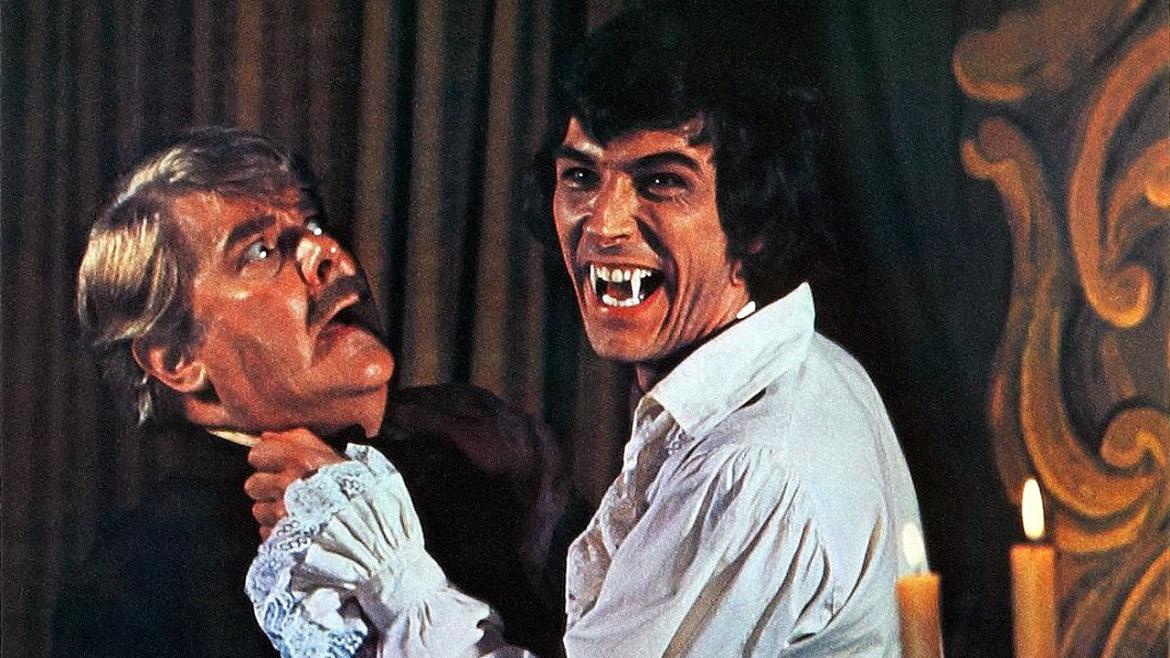 Vampire Circus takes place in a town where the women and children are constantly being taken murdered by the vampire “Count Mitterhaus.”   The townsmen finally take up arms against the Count and slay him, provoking the vampire to swear vengeance on the town.  Fifteen years later the townspeople are dying from a plague and in the midst of this, a circus shows up to entertain the town.  Some of the members of the circus are vampires, and some of them aren’t, yet their sole intent seems to be to murder everyone they come in contact with.  What then follows are a series of bizarre encounters between the people of the town, the circus, and the vampires.

This is a very surreal movie, which is about the last thing I would expect from a British horror film.  It would fit in well with many of the Japanese or Italian films of the late 60’s to mid 70’s (i.e. Horrors of Malformed Men, and Deep Red etc.).  There are a number of things that give the film such a pervasive dreamlike quality, and there are at least twenty characters in the movie of roughly equal importance.  This gives a strange feel to all of the encounters with the circus troupe, which run the gamut between good, bad, and completely nonsensical.  All of these encounters seem to be dictated by some sort of weird nightmare logic.  Also there are a lot of strange shots of animals, people who turn into animals, and one long extended scene of a naked lady painted to look like a tiger, dancing with one of the vampires. Overall, there is a deep strangeness to this film.

The movie certainly isn’t perfect as the large ensemble cast does give the film a slightly choppy pace, and a lot of the acting is very hammy, but to me these are small flaws and very forgivable considering the overall quality of the film.  If you’ve never seen a classic Hammer film before, or are a fan of surrealist foreign films then Vampire Circus is definitely a movie to catch up with.