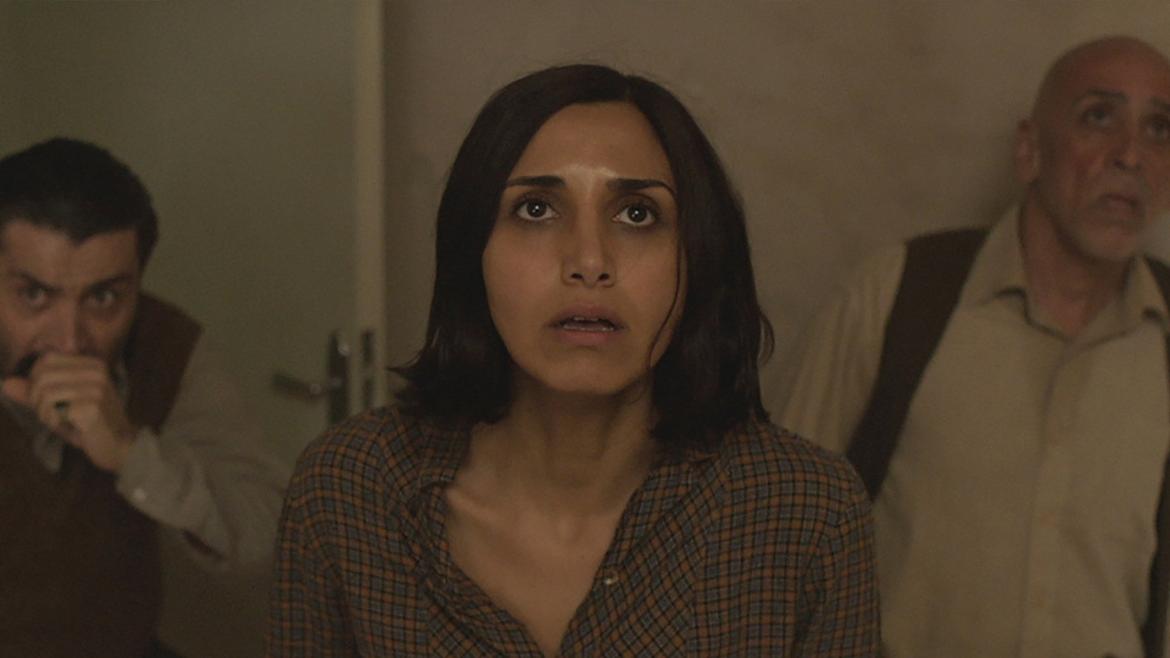 Under the Shadow (Movie Review)

A scroll at the beginning of Under the Shadow serves to inform us that the Iraq-Iran war is thought to be the longest conventional war of the 20th century. A unique and interesting touch stone to signal that you are not going to see your typical haunting film and a  affirmative nod toward the cultural impact which rounds Under the Shadow into something a little more special than your typical supernatural thrill fest.

Shideh (Narges Rashidi) lives in Tehran in the 1980s with her daughter Dorsa (Avin Manshadi) and her husband Iraj (Bobby Naderi). Shideh has inspirations to go back to medical school, but prior political activism prevents her from doing so; what’s worse her husband is re-enlisted to the military and taken to the front line away from her and her daughter leaving them alone. When the missiles begin to drop on her city they are accompanied with Djinn that torment her and her daughter. We’ve seen this sort of thing before. War and poitical carnage tied up into paranormal activity. But what the director Babak Anvari does is purposefully integrate this theme and ties it together with palpable, unnerving tension. This coupled with strong acting drives the film forward and creates a satisfying experience.

This is a film that has drawn comparisons to The Babadook and understandably so. It’s a film that focuses heavily on the family discord and puts it first and foremost in the framework. Though while The Babadook has lasting creepy imagery that sets it apart, Under the Shadow makes its hay with precise and meaningful insight into the nature of the culture that allows the conflict to exist both externally and internally. Shideh spends her time being criticized for watching Jane Fonda workout tapes and not wearing her hijab in public, and it is her adherence to science and disbelief in the Djinn as fairytales despite being in the Quran that causes her misfortune. She is a woman who exists beyond her rightful time.

Under the Shadow does suffer from some pitfalls though. As many supernatural films, it really struggles to convince the audience why they should stay in the city despite repeated warnings of missile attacks and the ultimate impending supernatural threat. The film does give us a reason for her to stay even when her husband begs her to go, yet this weakens her character when we should be sympathizing. Also this is not a film that makes its mark either with effects or with horror carnage. The focus is on the family dynamic and thus it is a thrilling and tension filled film, but not exactly horrific.

Still if you like your horror heady, unnerving and in a unique setting, Under the Shadow is one of the best of the year.