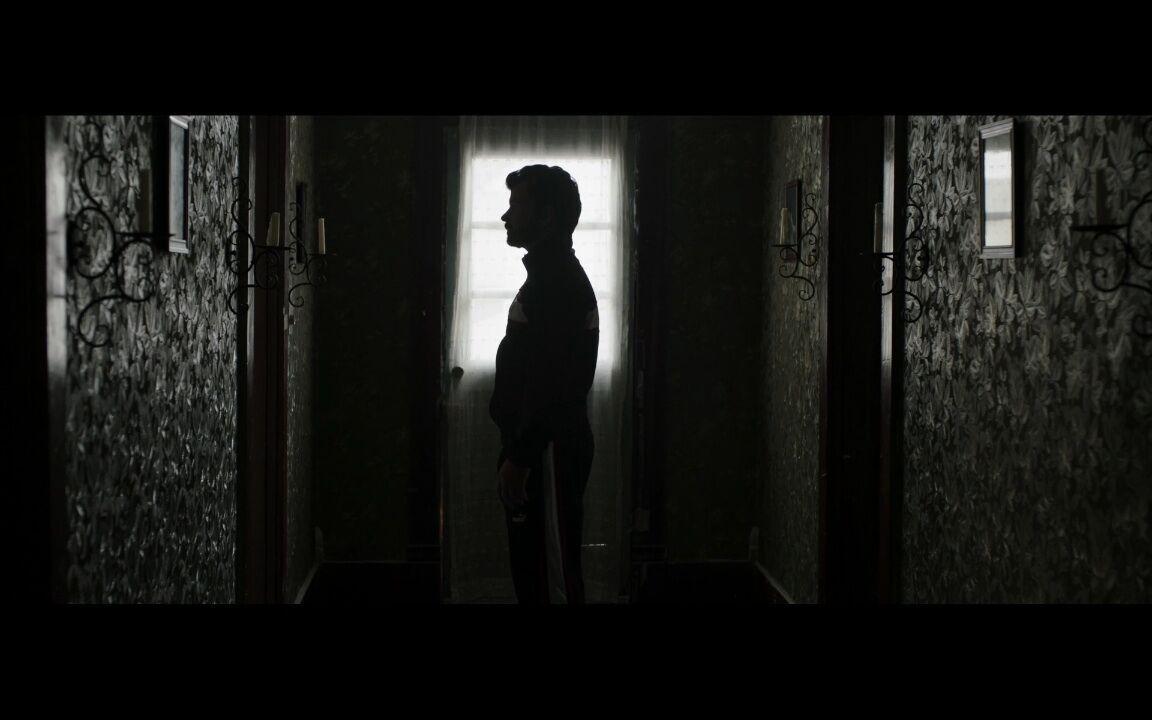 Dramatic horror doesn't quite get as simple and low key as Toni Comas' Indiana. The filmmaker's quiet meditation on life and the paranormal rarely even feels like a horror film--save for the obvious and devious actions of a single character set on a collision course with the film's two Spirit Doctor paranormal investigators.

Said investigators are Michael (Gabe Fazio) and Josh (Bradford West) that travel the Midwest for claims of hauntings in their spare time. When they find one that seems to have merit they go in and cleanse the house--though it's never quite clear if this cleansing is real or all a show the duo puts on. Think of them as Michel J. Fox's character from The Frighteners, but not funny and without the delightful ghost team tagging along. Michael, is thinking about hanging up the gear for good, but naturally a job comes up that proves to be more troubling than they realized.

Indiana is a slow and quiet flick. Not a whole lot happens and when it does it's not in your face and it's not viscerally satisfying. All that said, it's uber low budget take on paranormal happenings leans more realistic and practical than almost any other film out there. Comas' film is all about  contemplation. Michael is heard speaking over scenes with thoughtful retrospectives on the deep cuts of life and death. It's grim mood that carries itself throughout even during the lighter road trip buddy moments between Michael and Josh.

Comas and co-writer Charlie Williams hide plenty of complexity within Michael's brooding expression and Josh's disarming mullet. The pair seem like unlikely partners and a local radio station interview highlights their different temperaments. Their story is intercut with that of an old man that's got an unknown and ominously threatening agenda. The assumption arises that the two storylines will intersect, the anticipation of which provides just enough tension to keep the audience engaged.

The empty Midwest landscapes feel like a looming voiceless character and a fitting background to a somber drama, acting as a pot of slow-boil mounting dread. Indiana is sneaky in all the right ways, but it's understated and languid plotting may mean this could be the first and last time you hear much about it.