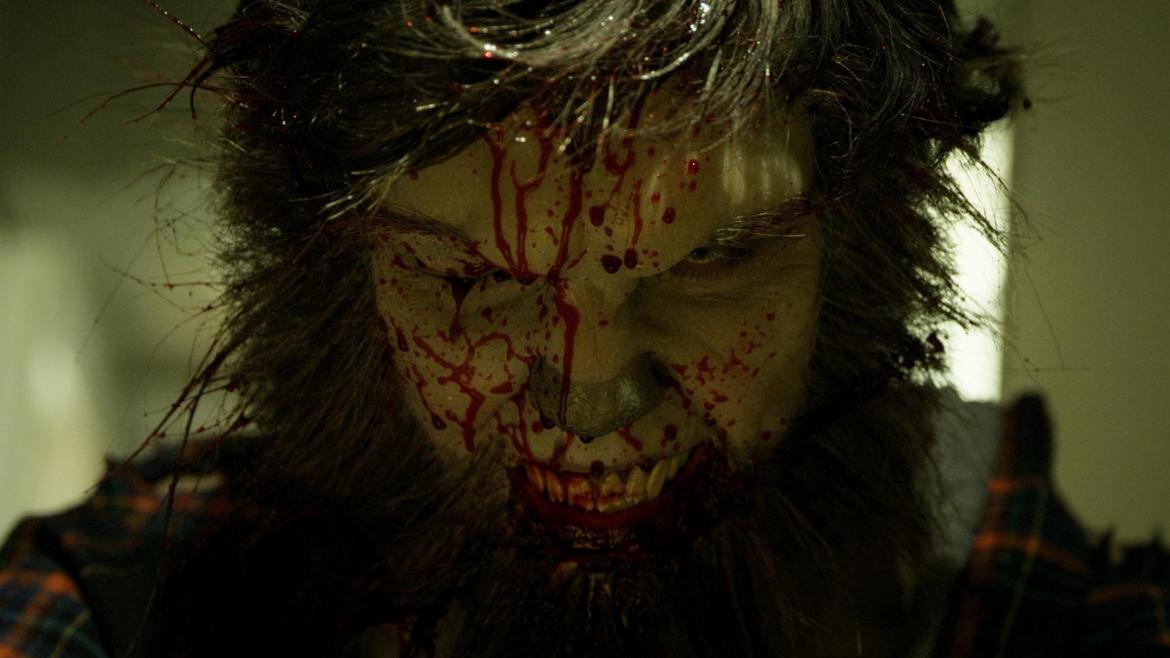 I’m a sucker for werewolf flicks. The Howling and An American Werewolf in London would easily have high rankings on my list of all-time favorite horror films, and Dog Soldiers and Ginger Snaps are worthy additions to the genre from the 2000s. But quality films dealing with lycanthropy have been few and far between over the years. Uncaged is a low budget attempt at carrying the torch of those earlier movies and has its heart in the right place.

Jack (Ben Getz), Brandon (Zack Weiner), and Turner (Kyle Kirkpatrick) are three college freshmen on some type of school break. Rather than go home, they decide to head to a remote cabin owned to Jack and Brandon's uncle in order to engage in some quality bro time. While there, Jack begins to disappear at night, only to arrive back at the cabin each morning sans clothing. Jack is able to somehow keep this from Turner for a while, but Brandon quickly catches on. Jack reveals to his cousin that he has inherited the family curse and knows he has recently claimed a victim. The two discover a hefty metal cage designed to keep werewolves in, hoping to keep Jack from causing more bloodshed before the full moon passes. However, Turner thwarts their plan, and a battle ensues.

Despite a minuscule budget, Uncaged has some positives going for it. Unlike many productions of meager means, the acting and dialogue are genuinely good. The college friends have a realistic banter and nice chemistry, endearing them to the viewer. While the special effects aren’t spectacular, and the crew wisely chose to keep transformations to a minimum and showed the actual monster in brief glimpses, they should be commended for using practical effects rather than bad CGI as so many werewolf movies since the ‘90s have done. And, we get an honest-to-goodness wolfman instead of a four-legged wolf which seems to be the trend of late, CGI or otherwise, in seminal works like Twilight or MTV’s Teen Wolf TV series.

On the minus side, there’s an odd subplot involving a drug dealer whose wife witnesses one of Jack’s slayings at a train station; this serves as little more than a somewhat convoluted way of setting up a possible sequel. It doesn’t derail the narrative entirely, but shifting focus away from the leads was unnecessary, in my opinion.

I have to say I was pleasantly surprised by Uncaged. It’s not a great movie by any means, but it appears that all involved put every effort into doing the best they could with what they had to work with. There's no reinvention of the wheel here by any means, but if, like me, you have a soft spot for furry folks who go a little wild when the moon turns full, give Uncaged a shot.

Howling II: Your Sister is a Werewolf