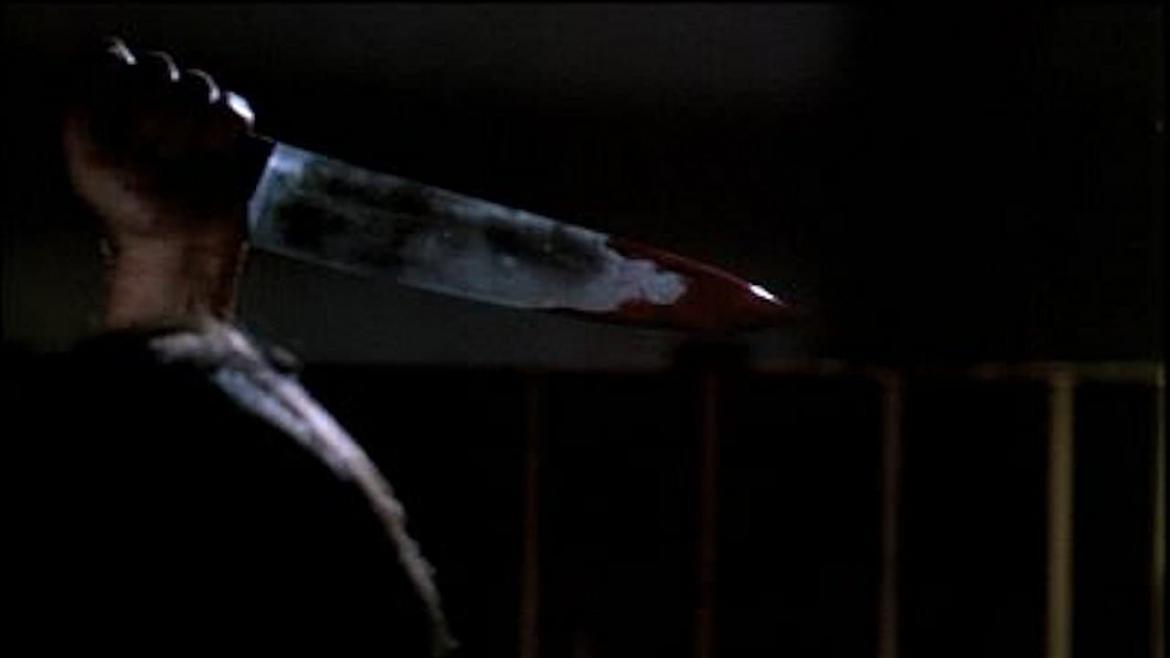 Even those of us a few years removed from our college days no doubt remember the stress of finals week. Those late nights spent staring bleary-eyed into a textbook on a subject far removed from our majors yet essential, from a bureaucratic perspective, to our futures just the same. Tensions were high during those dying days of the semester, and it’s there that Final Exam resides, a slasher more concerned with academics and social circles than actual slashing. Other films, from all genres, have played in this space, but few have done so with such a stunning lack of, well, anything. Horror. Humor. You name it.

Courtney (Cecile Bagdadi) is our main character for no other reason than she’s our final girl. Courtney has no arc, no motivation, and no distinguishing features other than she’s smart, has friends, and goes to school. Our killer is an equally directionless creation. He opens the movie by killing two random kids on lovers’ lane and then spends nearly an hour skulking about the campus of Lanier College before remembering what he’s there to do. The only character with any depth is the token nerd, Radish, although what passes for depth in this movie could also be chalked up to inconsistent writing. Radish is a brilliant dork with a heart of gold who pounds Irish whiskey and can recite serial killer “fun facts” on request. He is both a perfect target for the movie's token jock-bullies, but he is also presented as their equal. Radish is weird as hell. He’s also the closest thing to a compelling human life form wandering the grounds of Lanier and for that, as viewers, we have no choice but to fall for him.

Despite being, essentially, an iffy documentary about the stresses of higher education for two acts, a truly bananas ending could have salvaged Final Exam. This does not happen. When the killer does finally start killing, it mostly occurs off screen. Those who are expecting a shocking reveal as to the killer’s identity or motivation will be let down. Just like everything else that’s going on in the film, from the subplots about out of control frats and skeevy professors to the character relationships, the killer's presence too is ultimately completely arbitrary.

Final Exam is conceptually a cross between a horror movie and a raunchy college comedy. However, it’s a setup without execution. There’s no horror, raunchiness, or comedy. It’s just there. It’s on your television. That’s all that can be said for it.