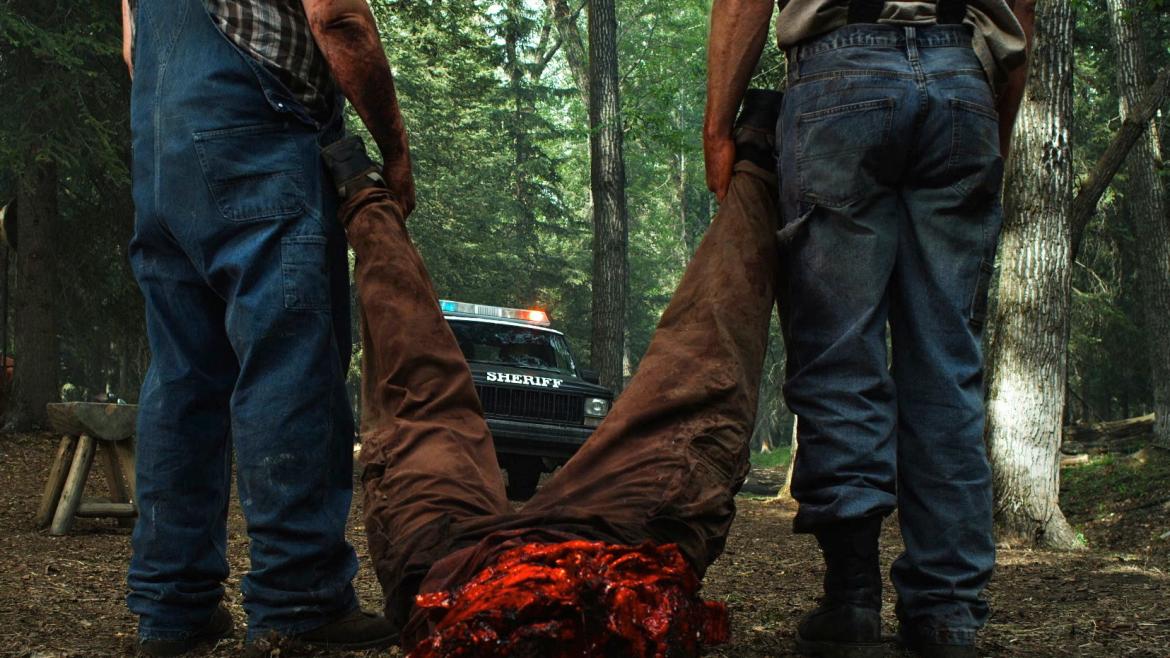 Tucker and Dale vs. Evil turns the old hillbilly slasher standby on its head by positing that it's actually the coeds that are the source of the evil. Tucker (Alan Tudyk) and Dale (Tyler Labine) just want to enjoy some downtime in Tucker's new cabin in peace, but they can't even make it out of the local general store without having a run in with a group of rowdy twenty-somethings on their way to go camping. Later on, after a a slight misunderstanding regarding Tucker and Dale's intentions toward Allison (Katrina Bowden), whom we would immediately have labeled the group's "final girl" in a different film, Chad (Jesse Moss), the co-eds' self proclaimed alpha male, leads the college kids in a full on assault against our titular protagonists. Hilarity ensues and bodies begin to pile up, with some confusion as to which party is causing the carnage.

If Tucker and Dale vs. Evil's title didn't give away its conceit, the film itself certainly doesn't play the fact that the usual slashers are actually our protagonists here. The fact that the filmmakers decided not to play up the mystery element here actually works in the film's favor in a couple ways. First, it's doubtful that many horror fans would have been fooled if they'd attempted to paint Tucker and Dale as potential slashers and then, "twist! The kids are actually the jerks here." Second, not going that route allows the filmmakers to craft some great, sympathetic characters and some truly hilarious splatter by way of folly. The relationship between Dale and Allison is a focal point of the film, and is truly saying things about perception and vanity that hold much more value than anyone is likely to be expecting when going into this movie. If the film had an ingrained need to play things out in mystery that would have been lost. And that splatter, man, there's some great splatter here. Best usage of a woodchipper since Fargo. Enough said. If I had to knock the movie for anything, it would be that things do deteriorate into slightly more standard slasher fare once the movie does unveil its true villain to the other characters.

It's somewhat rare for a film to pull off horror and comedy as effectively as Tucker and Dale vs. Evil does; in most cases one benefits at the expense of the other. It's actually a pleasant surprise that the film also has some really heartfelt things to say at the same time. Like Tucker and Dale, the film itself is just so darn likable.