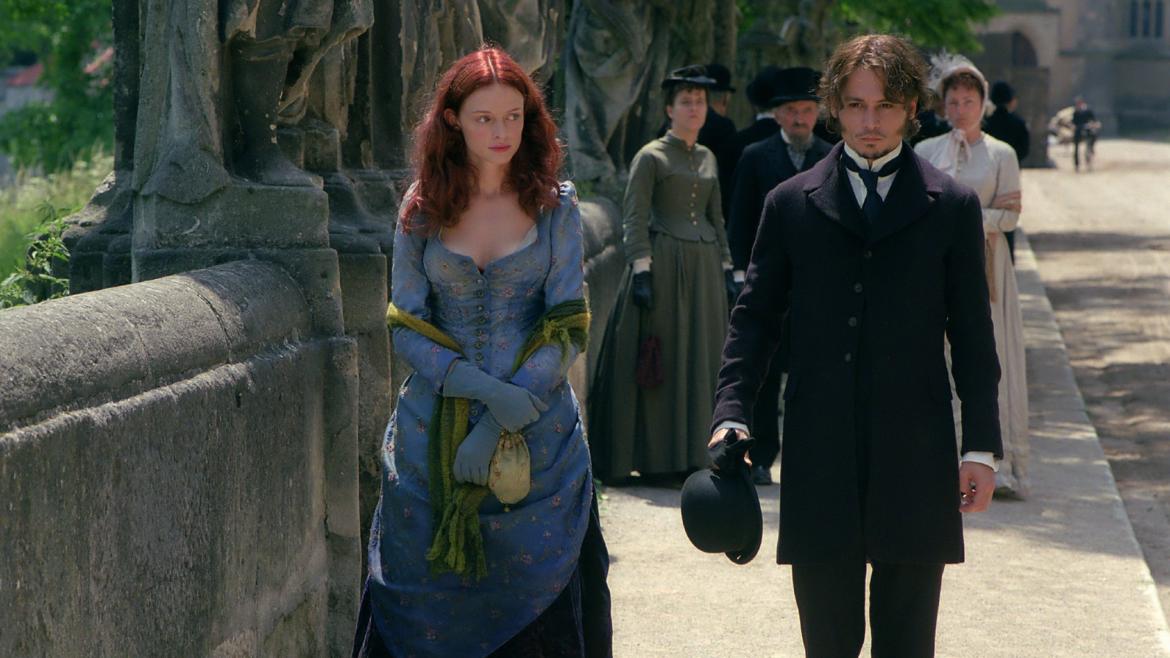 Two important periods of human existence are depicted in 2001’s From Hell. There’s the Victorian era, during which London is held transfixed by the unspeakable crimes of Jack the Ripper. While the Ripper and his carnage are central to the film, he isn’t the main character. Instead, From Hell follows the clairvoyant detective tasked with capturing the monster, Inspector Frederick Abberline (Johnny Depp). This brings us to the other of humanity’s great time periods: late 90s/early 00s Johnny Depp – arguably the Golden Age of Depp.

Not to say the films Depp made during his Golden Age are all perfect. However, his character work is impeccable. Depp still saturates his performances with unique ticks, nuances, and quirks – for example, Inspector Abberline’s cockney accent. Unlike in more recent years, these don’t feel forced or cartoony. The choice for Abberline’s voice fits in to a larger, if underdeveloped, plot point in the script about class separation in London. The high society gentlemen running London’s police department have little to fear from the Ripper – who preys exclusively on the city’s prostitutes – outside of bad PR. As for Abberline, those same gentlemen will always look down on him, no matter his personal successes, he because of his less-than-noble ancestry.

As good as Depp is here, he may be outshined by the work of co-directors Albert and Allen Hughes. The twin brothers hone in on the role drugs play in the narrative – Abberline uses them to trigger visions which help him solve crimes; the Ripper uses them to make his targets easier prey. As such, From Hell has a strongly hallucinogenic aesthetic. The Hughes Brothers convey that through heavy green filters and quick, disorienting cuts. While this style may be too much for some, it at least has its origins in the story, and isn’t merely style for style’s sake.

The story itself is a compelling one. Loosely tracing its roots back to the graphic novel by Alan Moore and Eddie Campbell, the script by Terry Hayes and Rafael Yglesias weaves a grand conspiracy into the still unsolved Jack the Ripper case. It’s a twisty, imaginative take on events that feels either plausible or outrageous depending on your thoughts on governmental scheming.

For a film sporting such dark subject matter, From Hell isn’t as bleak as it could be. The humorous repartee between Abberline and his right-hand man, Sgt. Godley (Robbie Coltrane), is chiefly responsible for this. Their relationship feels so natural and is so sweetly barbed that it accidentally overshadows the film’s spotlighted coupling: Abberline and Mary Kelly (Heather Graham), a charming Ripper target with a questionable accent.

From Hell is a beautiful, visceral film. Parts of the script could use work – perhaps if the class stuff had been explored further it would explain Abberline’s immediate, passionate devotion to Mary (and the Ripper’s other targets). Some may find the heavy-handed stylings of the Hughes Brothers off-putting, but many more will be absorbed by their drug-tinged vision of one of history’s most enduring and terrifying mysteries.