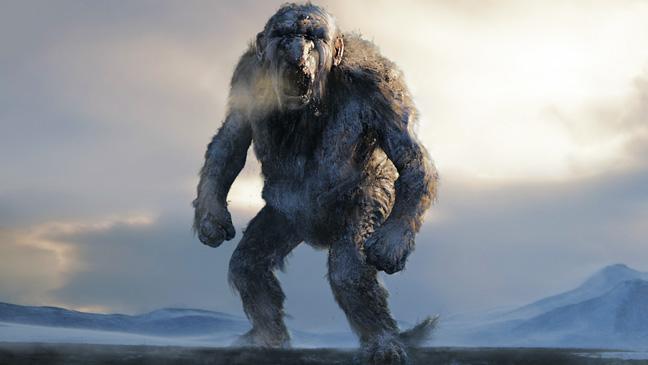 “Troll Hunter” might just be the most important movie you see all year. These days everybody’s got a -zombie contingency plan. It’s a well-known fact that crosses don’t work on vampires if you don’t have faith. Oh, you think you know what to do if a masked slasher starts offing all your babysitter friends? Guess what? So do tens of thousands of slumber partying 12-year-olds across the nation. What do you do if a big stinky troll wanders up on you while you’re camping? You get slobbered on and gnawed to death, that’s what you do, unless of course you’ve seen “Troll Hunter” in which case you’ve rubbed yourself down with troll stink, equipped yourself with a high intensity flood light and quit going to church (or possibly converted to some other religion- the jury’s still out on that one).

“Troll Hunter” takes a trope that’s getting long in the tooth – found footage a la “The Blair Witch Project” or “Cloverfield” – and reinvigorates the concept with a monster outside the typical horror pantheon and a healthy dose of dry humor. One of the joys of featuring a creature which is little used outside of the Three Billy Goats Gruff is that the audience gets to experience the thrill of discovery and the fear of uncertainty at the same time as the characters in the movie. Instead of having to wait for the characters to figure out that you have to shoot zombies in the head or whatever, you’re right along with the characters wondering what these big, weird monsters are all about and what this crazy hunter guy is up to. The answers to those questions are doled out at a pace that is sufficiently satisfying and intriguing.

The film is shot from the perspective of a crew of university students investigating rumors of a suspected bear poacher. They track a few bears found dead under suspicious circumstances to a gruff hunter with a battle-torn truck dragging a battered caravan. The hunter refuses to speak with them, but they follow him nonetheless until one night they lose his trail deep in the woods amidst strange noises and flashes of light. Suddenly, the hunter appears, running toward them and yelling “Trooooll!” So begins a terse companionship between the meddling kids and the grizzled troll hunter, who is tired of the cover-up and is ready to share the secrets of what he does with the rest of the world.

It turns out troll hunting is a not as glamorous as you might think and tends to involves a lot of tedious paperwork and bureaucracy. Casting the troll hunter as a begrudging civil servant is one of the film’s best ideas and the role is played perfectly by Norwegian comedian Otto Jesperson. Seeing him talk about how much he hates his job as he clomps across a bridge in a makeshift suit of armor to draw blood from an enraged troll is an inspired gag and a killer hook into a mythology that rooted in tradition but still fresh enough to not be immediately obvious (to American audiences, at least).

The film also manages to look pretty great even though it was most likely shot on a shoestring budget. This is partly due to the natural beauty of the Norwegian countryside (although some of the scenery shots, especially at the beginning, do go on for too long) and partly due to the smart use of CG. Mega budget films are often plagued by unconvincing CG creatures, but the trolls here are remarkably believable and solid-looking. It helps that the POV camera often only catches part of a leg or something off in the distance, but the film thankfully doesn’t just play hide and seek with the trolls. We get a few satisfying looks at a handful of different breeds of troll and they all look sufficiently goofy and scary to match the general tone of the film.

The film does drag in bits and could stand to be a bit shorter, particularly in the early scenes before the troll hunter has been introduced and we’re stuck hanging out with the fairly boring college students. Once the trolls show up, though, it’s a ton of laughs and some of the most unnerving spooky forest footage since the Blair Witch was going around kicking maps into the river. With recent releases like “Dead Snow”, “Norwegian Ninja” and now “Troll Hunter”, Norway is emerging as an unexpectedly solid birthplace for top-notch genre comedies.