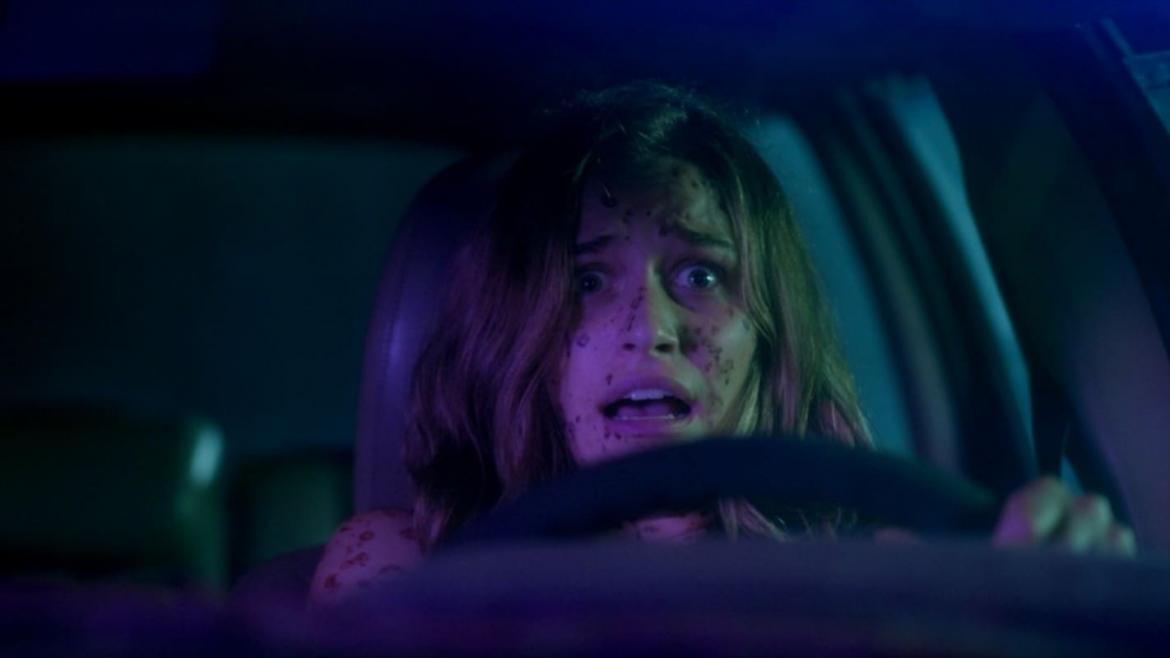 Scare Package is an anthology horror comedy that’s dripping with so much metatextual commentary you find yourself wondering how long exactly horror movies have been calling attention to themselves. Certainly the idea of self-reflective art has been around for centuries if not millenia depending on the form. But what about this Randy from Scream angle? How much longer can (usually male) characters in a horror movie talk about the levels of promiscuity of (usually female) characters? For many of the creators of Scare Package that well is not dry but the bucket is going to have a hell of a time finding some substance.

Reader, I’m not going to tell you the hit rate here is mixed. It’s likely something you could have guessed when you saw the phrase “horror anthology.” (Unless of course we want to go into an auroburious of commenting on the process of reviewing meta horror anthologies which I can’t bring myself to do). The segment plots range from absolute gorefests that would make early Peter Jackson happy (One Time in the Woods), to characters searching for motivation ala Behind the Mask (Cold Open), to underground lab science experiments similar to Cabin in the Woods (Horror Hypothesis). The comparisons here aren’t meant to be negative criticisms. Many a viewer, filmmaker, or commentator on the genre we call home knows that the search for “originality” does a quality film not make. Rather, these influences clarify the type of sandbox these filmmakers are playing in. Nothing here could be defined as unique or surprising; from time to time though there’s something comforting in the clear affection for these stories.

In the final sequence a notable horror personality tells one of our throughline characters that they are, “...what the internet has done to horror criticism!” It’s played as yet another meta joke but it’s also a gesture to how close the whole project comes to working. A number of the more interesting segments deal specifically with the toxic, self-imposed alienation that comes from the drive to always be the right voice in the room--even if that perspective refuses to see its effects on others or acknowledge a lived experience. Unfortunately the film can’t quite break the familiar grasp of this trope. It acknowledges these characters’ unsavory perspectives but it can’t help placing them at the front of many of the stories.

Clearly produced with much affection, Scare Package will undoubtedly scratch an itch for many a horror fan. Early in 2020 I had a chance to see this in a festival setting and I regret not taking that chance. It’s likely the film played tremendously with a crowd in that setting. However, the film in total, and many of the segments, can’t quite get over their high concept approach, opting instead for a hat on a hat on a blood splattered slash mask.