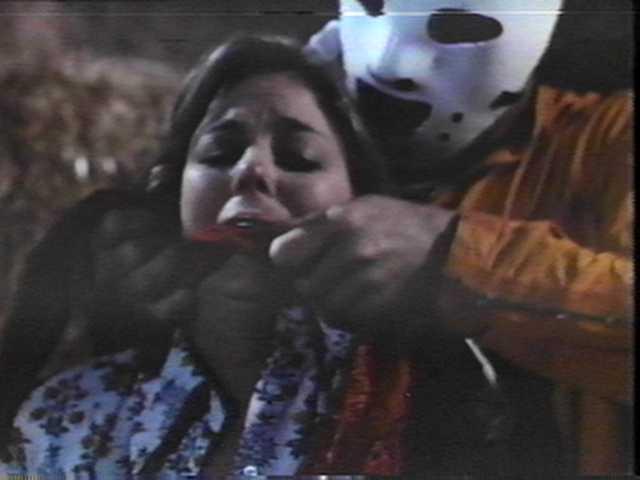 This week I took on the task of reviewing 1974’s “Act of Vengeance” a film who’s alternate title “The Rape Squad” more accurately reveals its subgenre. This film can really be viewed as a time capsule. The 70’s were the black ‘n’ blue era of the cinematic rape scene. Mainstream films like “Clockwork Orange”, “Straw Dogs”, and “Death Wish” as well as the notoriety of Wes Craven’s low-budget thriller “The Last House on the Left” helped grade the road for a crop of exploitation filmmakers to swoop down and cash-in with brutal depictions of sexual violence. Many of these scenes were tied into tales of revenge. Just like filmmakers in the mainstream these low-budget artisans took advantage of the relaxation of production codes and changes to obscenity laws to weigh-in on as well as capitalize on public furor over the passage of The Equal Rights Amendment in Congress and the Roe v. Wade decision. Many Americans, especially men were angry over the perceived shift in women’s roles and rights and it made selling tickets to violent new cinematic incarnations of rape suddenly seem more viable. From the impossibly mean-spirited hardcore film “Forced Entry” to perhaps the most infamous film of the 70’s “I Spit on Your Grave” filmmakers seized the opportunity to build narratives on these explicit depictions or weave them into the heart of their stories.

“Act of Vengeance” begins when lunch truck owner Linda is brutally raped at a remote farmhouse. Her attacker dons a hockey mask and endeavors not only to savage Linda’s body but destroy her emotionally through a series of sinister psychological power plays. After the attack Linda finds herself being re-traumatized at the hands of insensitive male police officers, whose tactless interrogations send her into a rage. To compound matters in the days following the attack Linda is greeted with skepticism and callousness by her boyfriend and strangers alike. Meanwhile, the rapist now dubbed “Jingle Bells” because he forces his victims to sing the Christmas standard during his attacks, brutalizes yet another woman. The police, struggling to find anything to solve the case, call in 5 of the victims including Linda but fail to glean anything useful. A frustrated Linda rallies the other victims as well as a female Karate instructor to form a “Rape Squad” and together they work to not only catch Jingle Bells but to help prevent other attacks. The group foils a serial date-rapist and beats down a batterer pimp, but when faced with an open invitation to have their revenge on Jingle Bells they walk right into a trap of his design.

This film is not isolating, grimy, and kinetically charged like “I Spit on Your Grave”. It is slicker brand of filth altogether. The defensible part of this movie is that it does attempt to lay bare the damage inflicted on a raped woman subsequent to the actual attack. The viewer is taken through the post-rape interview and the collection of the rape-kit. The invasive nature of these necessary evils may be somewhat familiar to us in 2011, but depicting them in an exploitation film in 1974 was a bold choice to be sure. Unfortunately, this choice is made in the middle of a film that does have titillation and provocation as central goals. Unnecessary close-ups of breast groping during the rape scenes, POV peeping and a superfluous naked hot tub scene all muddy the director’s intent to degree that the film cannot recover from. Add to this the ultra-cheap, Mannix meets Street of San Francisco shooting and music stylings, and you have a movie that seems too slapdash to be dire in the right amounts.

The movie doesn’t have the aggressive feeling of an angry reaction to the 70’s women's liberation movement like some of the other rape features of the day. Films like “Death Wish”, “I Spit on Your Grave” or even “Billy Jack” projected an impossibly masculine world that was destined to chew up women up and spit them out if they couldn't adopt the basest male sensibilities; “Act of Vengeance” suffers from a different kind of conceit. The primary sin here is one of bad juxtaposition; by artlessly placing the psychology of rape side by side with a leering camera it cancels out or at least obscures many of the salient points the movie is striving to make. Because of the time and energy devoted to trying to make these points it also fails to become a more visceral rape/revenge film. In the final analysis this film won’t get your dander up by design, it won’t effectively challenge your thinking and it doesn’t provide you a satiating act of retribution to try and justify your investment. If a movie is going to have something as transgressive as serial rape at the core of its story a defining act of revenge is the bare minimum required for a viewer to endure the rest of the grueling ride.