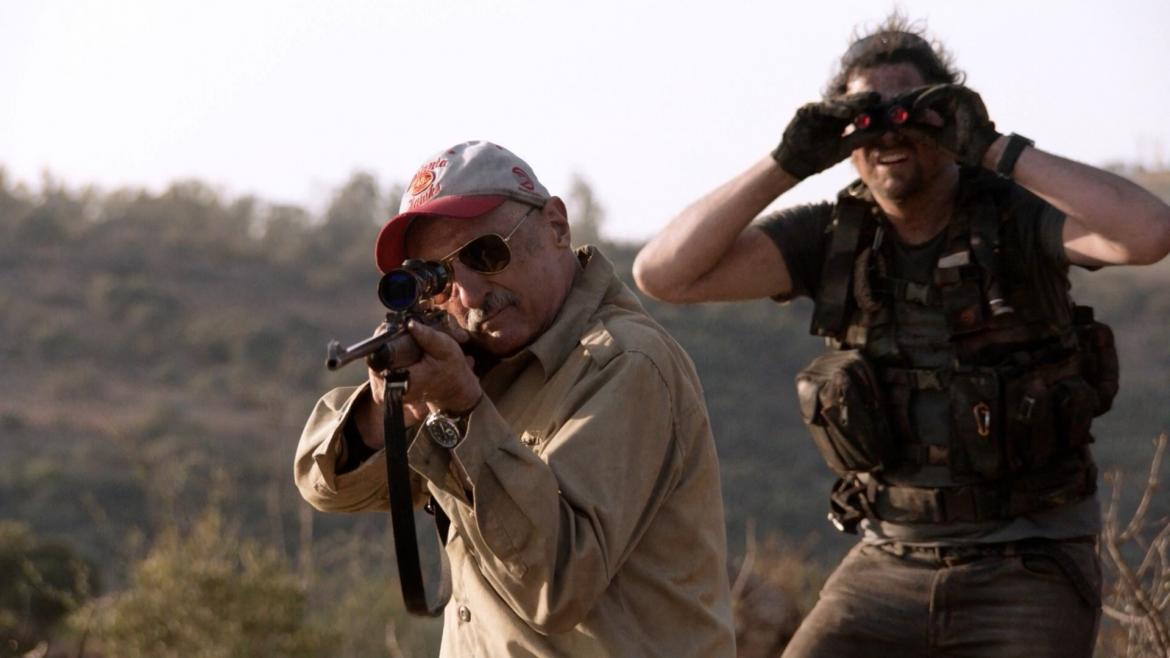 There’s a certain amount of expectation-adjusting that needs to happen by the time you get five films deep into an aging monster-movie franchise that also featured a short-lived Syfy Channel show. By those standards, Tremors: Bloodlines isn’t all that bad. Yes, there are some cavernous gaps in logic, it’s prone to abandoning subplots, the twists aren’t that twisty, and the character depth is minimal. Still, for those of us who’ve long harbored a soft spot for those sightless, beaked worms, it’s hard to really dislike Bloodlines.

Bloodlines makes an interesting choice with its monsters by pulling them back into the shadows. For most of the first act, we see very little of them. As it progresses and the monsters become more prevalent, we see attacks either in quick flashes or POV shots. When we do catch a glimpse of a monster, it’s immersed in shadows. While graboids and their ilk will never be truly scary again, the choice does make them a bit more menacing.

Part five also continues the franchise’s success in the field of monster evolution. Tremors has always handled this well, adding stages to the graboid metamorphosis to keep audiences on their toes. Here, the screenwriters play with the idea of a graboid population developing in isolation from the rest of the species and how that would affect the creatures. It’s a clever twist, allowing us to see familiar monsters behaving in unexpected ways.

Most of the humans in Tremors 5 are fairly one dimensional on purpose, save for Burt and Travis. The growth and depth of the latter is hampered by the film abandoning one of his key subplots and telegraphing the heck out of another, ruining the twist. On the subject of Burt, Michael Gross continues to be great in the role, even as his trio of screenwriters fail him. His banter with Travis is shockingly inconsistent here. Even more problematic: Burt has always excelled as a red state cartoon character so the efforts to humanize him by having him succumb to the rigors of aging and play second fiddle to Travis during the climax feels horribly ill-advised.

If the Tremors movies haven’t been your thing for the last two and a half decades, Tremors 5: Bloodlines isn’t going to be the one that hooks you. However, if you’ve grown up with the franchise, part five has just enough Burt, monsters, laughs, and worm guts to more or less hit the spot.