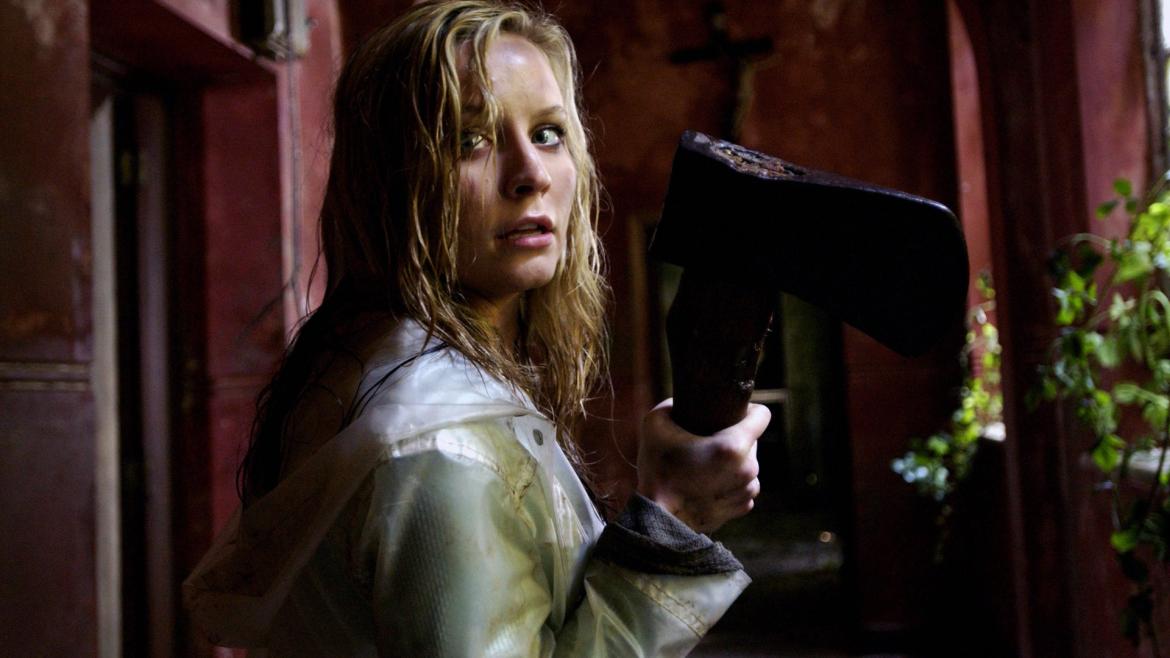 In casual audience lingo, we wonder if a filmmaker or artist is “on something” if their work is especially unconventional, daring, vivid, or surreal. In the case of 2007’s hallucinogen-obsessed Shrooms -- which is unexpectedly gray and dim, and also stubbornly, determinedly dull-- the irony is that the filmmakers were, apparently, on absolutely nothing at all.

When the film opens, the chaste Tara is on a plane with several of her college acquaintances, headed to Ireland to take a guided tour of the region’s native psychedelic wares. It’s the standard gaggle of unlikeable and unrelatable college students who populate movies like this: stock characters who hate each other for no obvious reason and socialize as though they were raised in windowless rooms with nothing but D-grade reality TV to keep them company. Their dialogue is meaningless and their motivations are nil, and Shrooms is an especially good case study of the hazards of these sorts of caricatures because they drift around each other so pointlessly you can hardly identify a true plot.

In essence, Tara and everyone else who has, presumably, spent hundreds or even thousands of dollars to get high with people they hate, end up in a field near: an abandoned orphanage, a dilapidated shack inhabited by sadistic rural folk, and a species of mushroom that look almost exactly like the ones that make you high, except that these ones kill you. It’s not long before Tara accidentally consumes one of the lethal lookalikes and nearly dies; for the rest of the film, she’s plagued with violent seizures and trips that predict brutal deaths for her and all of her friends.

One of the more confounding elements of this movie is how relentlessly dreary it is. Even the hallucinations are washed out and blue-lit, and in many of the nighttime scenes it’s impossible to make out the action. If a film can find neither fun nor fear in the wilderness of Ireland, aided by mind-altering substances, then you should guess you’re in for trouble from the outset. Хочу скачать джойказино . Где мне искать приложение, на офф. сайте или в плеймаркете? Shrooms drags the viewer, as if by their ankle or the scruff of their neck, through scene after scene of boredom and shrieking annoyance before delivering an ending transplanted entirely from another movie.

I can’t believe this many people spent so much time on the same thing and not a single interesting thing happened. The horror genre is overstuffed with bad movies that still manage to be hilarious, scary, or both, but this dud ain’t one of them.