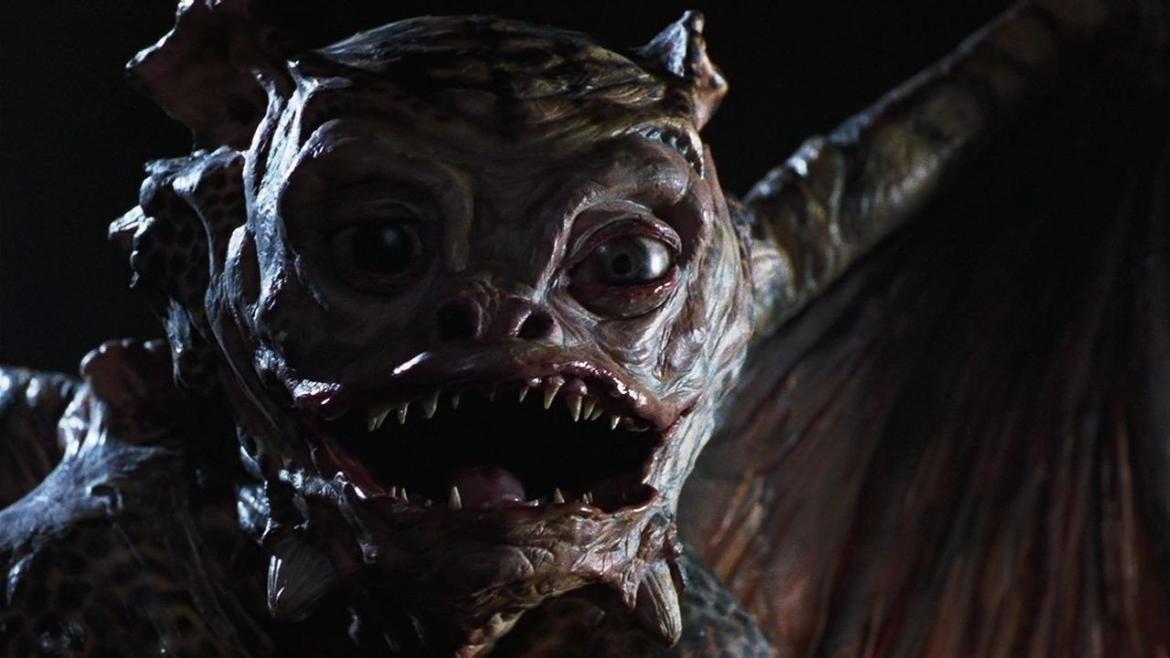 Tales From the Darkside: The Movie (Movie Review)

An extension of the original 1980’s TV Series of the same name, Tales From the Darkside: The Movie arrived in 1990.  It was a spiritual successor of the popular TV show, framed in an anthology format. The movie takes us through three different spooky stories with well developed wrap around story to tie them altogether.

While this movie may seem a bit better through the rose colored glasses of nostalgia, It makes for a somewhat aged yet entertaining spectacle to watch through.  Some of the stories are better than others, with the largest variable seeming to be pacing problems.  It’s easy to give these issues a pass however, when you recognize the outstanding cast that makes up the film.

From Christian Slater to Steve Buscemi to Buster Poindexter to Debbie Harry, Tales From the Darkside: The Movie has a cast full of recognizable faces.  Seeing these familiar faces at earlier points in their careers makes for a nice nostalgia bump.  Thankfully, each of them manage to put in worthy performances that help gloss over the rougher parts of the individual stories.

While far from their greatest moments, Slater and Buscemi play surprisingly well off of each other to garner some laughs in their weird take on The Mummy. A young Julianne Moore shows up alongside those two as well, but to little effect.  Still she makes for a fun splash and manages to ham up the moments she does have on screen.  While David Johansen, a.k.a. Buster Poindexter’s tale of a hitman hired to kill an ornery cat may be the weaker of the tales, he manages to give the part his all.  This changes his story from vaguely dull to mildly amusing and a touch weird.  Finally, we see 80’s stalwarts Rae Dawn Chong and James Remar show up for a story that starts slow, yet ramps up to be a pretty fun romp by the end.  To tie a pretty little ribbon around it all, Debbie Harry’s role in the fleshed out wrap around story manages to be funny and a touch charming, with a pinch of ‘eye of newt’ underneath to spice things up.

While Tales From the Darkside: The Movie might not stand up to the likes of Tales From the Crypt or even The Twilight Zone which preceded it, it still makes for a fun anthology watch that feels rather dated, but has enough nostalgia to make it bearable while reminding you why you might have liked it so much back in the day.