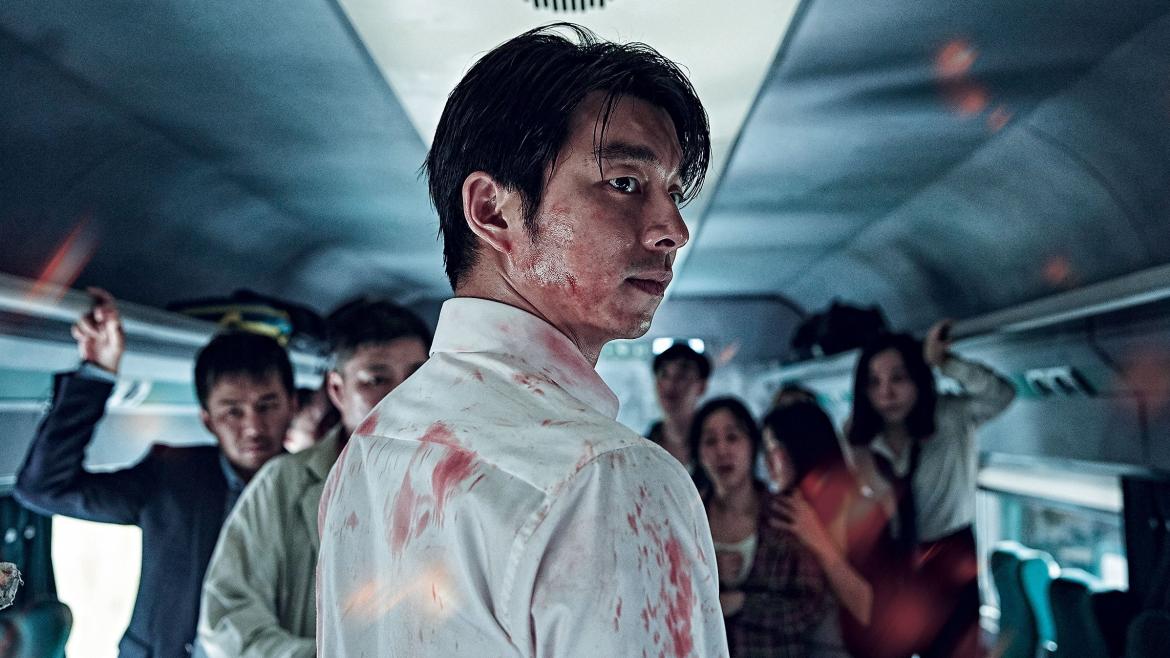 Calling a movie “formulaic” is usually meant as a dis, but should it be? Sure, a lot of movies get tagged as being formulaic because they lack of imagination or stick too strictly to a well-worn convention, but what about those other movies that just take a few elements that are proven to work, do a little mixing and matching and end up with something new, but oddly comforting and familiar? I mean, that’s pretty much the game plan of the Marvel movies that blow up the box office a couple of times a year, right?

Train to Busan is the good kind of formulaic. You could basically write the movie via Mad Libs:

Place: On a Train

Antagonist: Basically the jerky dad in the basement from Night of the Living Dead

Just from that you probably have a pretty good idea of how the story will play out and you’re absolutely right.

Are we gonna see people frantically trying to secure a train door as zombies smoosh up against it? Are we gonna hold our breath as our heroes try to Solid Snake stealth their way through an overhead baggage bin without alerting the zombies below? Are we gonna learn once again that it is truly man who is the real monster?

Well, yeah, all of those things, and it’s gonna be totally fun.  The zombies are the herky jerky World War Z kind who twist and twitch themselves into all kinds of weird angles and occasionally pile up on each other into CGI tidal waves. These types of movies always benefit from trapping the protagonists in a confined location and a high-speed, cross-country train is an A+ zombie flick locale – it’s claustrophobic enough to ratchet up the tension, but it’s big enough and contains enough nooks and hidey holes to allow for some creative set pieces.

This is a Korean movie so it does lean into the melodramatics more than you’d see in a Hollywood movie (doubly so for a horror movie), but any K-film aficionado can tell you that melodrama is the secret weapon of Korean movies.  There are a few scenes in Busan that make a blatant grab at the heartstrings, but it never feels cynical or manipulative.  It’s schmaltzy, sure, but there’s a real sense that the filmmakers genuinely care about the characters.

Train to Busan is one of the better zombie movies of the last few years, not because it reinvents anything or brings something new to the zombie buffet, but just because it takes tried and true zombie movie staples, combines them in an interesting way and tops it off with a spoonful of gochujang to add a dash of interesting Korean flavor to a nice, big bowl of comfort food.  It’s a great example of a movie that does exactly what it says on the tin, and does it well.