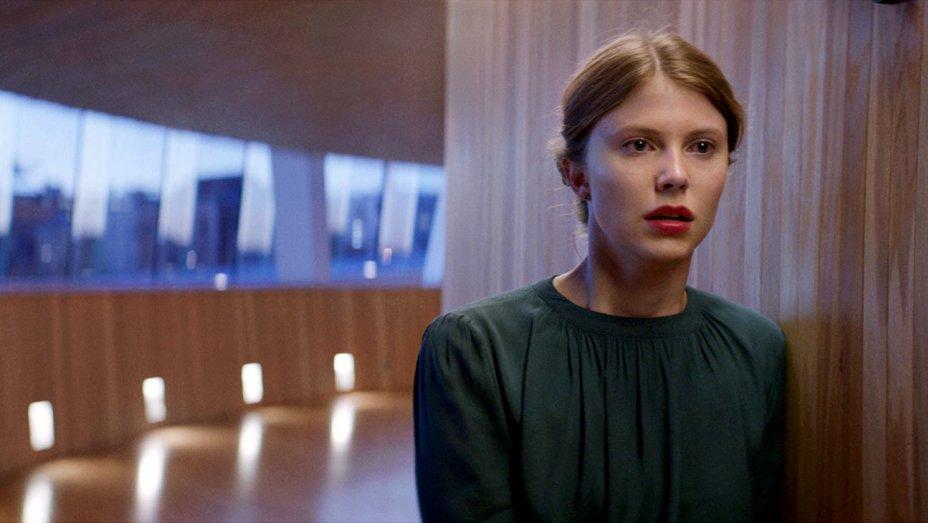 The end of the year is typically reserved for a handful of films that’ll only ever reach a small audience lest they garner widespread attention. Reaching only 39 theaters in the U.S., Joachim Trier’s Thelma was never given the chance it deserved to play to broader audiences; nor did it score consideration on the Academy’s shortlist for a slot on the 2018 ballot in the Best Foreign Language Film category. It’s a tragic oversight for the film – a Norwegian update of Carrie in many respects, and a refreshingly positive look into female sexuality.

After being raised in the desolate countryside of Norway by her conservative and Christian parents, Thelma (Eili Harboe) is relieved to escape into her new life as a college student in the big city of Oslo. Not long after starting, a trip to the library lands Thelma in the school infirmary after she experiences a series of convulsions. Another student, Anja (Kaya Wilkins) who witnesses the event, takes an interest in Thelma, and soon the two are inseparable. Thelma’s seizures persist, however, and she begins to recognize the more time she spends with Anja, the more violent they become.

With Julia Ducournau’s Raw – a pedantically manipulative and soulless exploit – serving as the sole other horror film this year to delve into similar territory, Thelma promises a decidedly hopeful look at the beauty of life, sexuality, and the power of women. Although written and directed by Trier – a male – the film never strays from a lens of empathetic curiosity and innocence, yearning for understanding and never judgment. Instead of fetishizing acts of sexuality, or favoring lurid depictions of graphic violence for shock, Trier foregrounds romantic longings and emotional needs that he later underscores with the characters’ fear of the potential horror and havoc those feelings could bring. Thelma and Anja are just as naive as those who judge them; however, their intuitions are what Trier credits as the active force of the film allowing them to make choices, instead of having decisions made for them. It’s an integral decision woven into the script, as it offers audiences a sympathetic lens through which to view Thelma and Anja as humans and not merely objects or abnormalities; coincidentally, their actions never crumble into gazes of abjection, nor are they painted as utterly hedonistic.

Thematic parallels between Thelma and Carrie, while abundant, are taken in a novel direction thanks to Trier’s interest in Thelma beyond her telekinetic powers. Even Thelma’s hyper-religious and conservative parents are given time to develop emotional chords with the audience, and while their treatment of Thelma is abhorrent, nurturing their flawed psyches grants more complexity to the characters rather than painting them as wholly evil. Harboe, though, is the anchor of the film, bringing vast depths of honesty and pain to Thelma’s sexual awakenings, so that when revelations of Thelma’s past trauma emerges, her final arc – while an act of extreme violence – is one layered in emotional catharsis. Trier and cinematographer Jakob Ihre, too, aptly manipulate the mise en scène, from bitter cold lighting to warm lyrical palettes as details of Thelma’s inner journey and self-acceptance unfold, leading Thelma to be a success at nearly every level of its production.

Thelma is arguably the female coming-of-age film 2017 desperately needed to round out a strong year for women in horror. Furthermore, its inclusion of a lesbian romance as its focal point, and choice not to foreground lurid sex as a way to sell the film is all the more commendable, as the production instead underscores the universality of romance and the sheer terror opening oneself up to others can unleash.