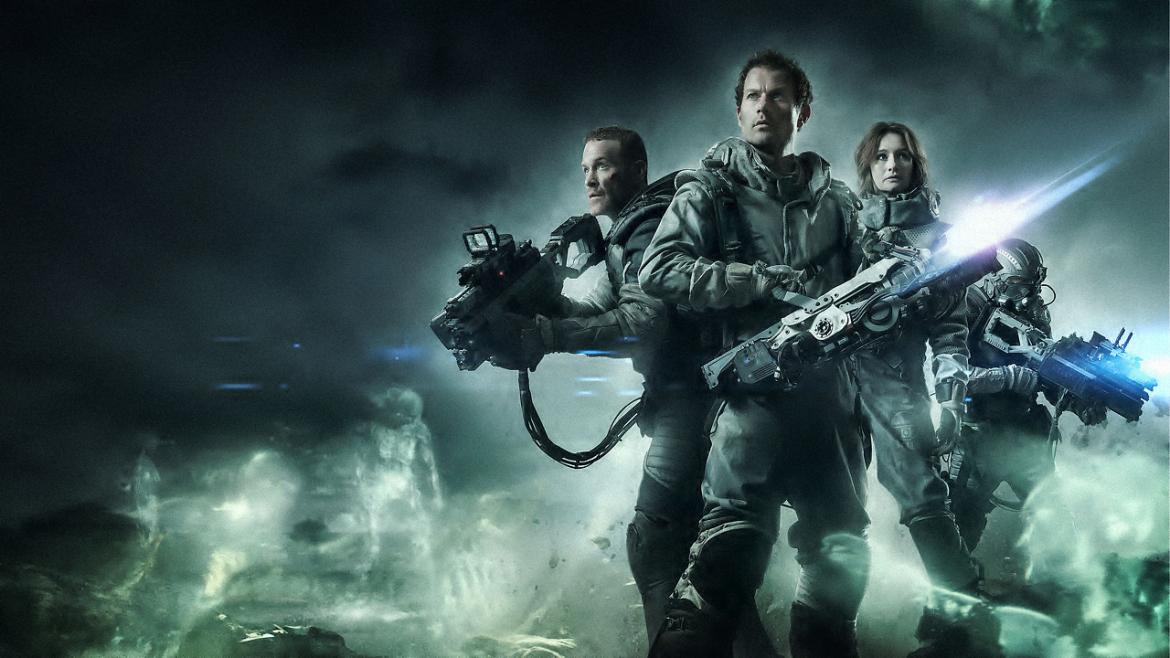 It's tempting to write a movie like Spectral off after being dropped from release consideration by Legendary Pictures and was later plucked from limbo by Netflix as a potential mess that a studio was trying to bury. That is the wrong reaction. Instead, consider it as simply this...a better fit. No one can say for sure if Nic Mathieu's unique sci-fi/horror mashup would have played to a theatrical audience, but based on concept and execution alone one this is certain--the film deserved to be seen.

Considered by some as a Ghostbusters meets Black Hawk Down, which could both work and against its perception--seeing as how the tone of those two comparisons are on wildly opposite spectrums. Still, it's an astute comparison to make if only of the blanket variety and not in character. The film focuses on a research scientist, Mark Clyne (James Badge Dale), working on experimental tech for the military when he's summoned to assist a group of special-ops soldiers in Moldova. There he is briefed about a new and deadly force hampering the effectiveness of the military presence. The force is invisible to the naked eye, but on Clyne's tech show up as beams of light in the shape of people that pass through their enemy burning the skin but freezing all internal organs. It's now up to Clyne to help figure out how to defend against this new enemy or be just another casualty of the war.

We're still early into what it is possible to get in terms of quality from Netflix released films, but early on there is a negligible difference between a Netflix Original and a theatrical or VOD release. Everything rests squarely on the quality of filmmaking and not how the film is released. In the case of Spectral, for a filmmaker with literally zero other screen credit (according to IMDb), the film is nothing short of extraordinary. That is to say the look and feel is top notch. Three screenwriters are credited with the content here and while it feels like a few too many cooks in the kitchen at times where the story and dialogue are concerned, the central concepts and world building ideas are rock solid. The tone falls closer to that of an action heavy war flick, with few comedic beats, but never quite takes itself too seriously that the viewer can't have some fun with the concept.

There is no reason to expect a first time filmmaker's debut flick in any capacity to look as good as this does. The cinematography and special effects hold up to most Hollywood blockbusters as Mathieu keeps the action set pieces contained and maneuvers well within them without letting the visual effects get bigger than they need to be. Apart from a few charismatic characters the film leans on the spectacle a little more than you might like, but the action set pieces are dynamic enough to carry the viewer from Point A to Point B.

Spectral is essentially one of the best videogame adaptations in recent memory that's not actually a videogame adaptation. The upside of that being that visually the film is immensely engaging, the downside is that it can feel a little robotic and lacking depth to the characters. However, Spectral's impressive technical prowess and intriguing mythology help Netflix continue its winning streak with genre releases.