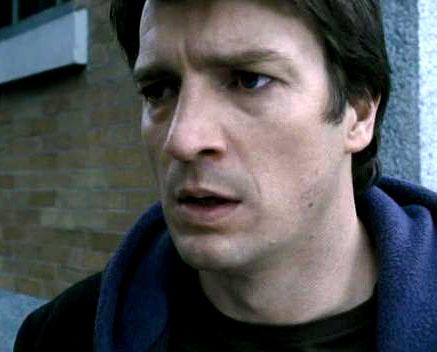 The Dale family is out to dinner celebrating their wedding anniversary when the celebratoin comes to an abrupt end. A complete stranger stampedes into the restaurant, shoots both Mrs. Dale and the young Dale boy at point blank range before shooting himself in the mouth. Caught up in the grief of the murders, Abe Dale gives up and attempts to commit suicide by pills; his best friend finds him however just in time to foil his plans.

After his near death experience, Abe discovers he can see Aura’s on the people around him and soon figures out what these auras mean; this person is about to die. Doing what any person may do, trying to prevent the death of those he’s forewarned about, Abe sets out on a minor super hero kick saving the lives of complete strangers. After further investigation though he uncovers the dark truth of his acts; if the person is kept from dying, they will soon create massive deaths in three days time.

The sequel to Michael Keaton’s 2005 ‘White Noise’ is a sequel in name only. Attempting to expand the franchise by trying to flesh out the after life flirtations showcased in the first outing, "White Noise 2" is different enough to stand on it’s own with the only similarity being ‘noise’. Such is Hollywood however and credit is due for at least trying to further add to their already original idea as opposed to setting new precedents by remaking the original movie just two years later!

"White Noise 2" , while being heavy handed regarding the loss of loved ones much like the first film, managed to keep similar scenes while branching into new territories. However, the movie fell short as the directors and FX teams grew overly ambitious in their takes of the afterlife, ghosts and all the ephemeral trappings of a ghost story. Sure these all would add to the story when used in moderation; unfortunately what we were shown was rather over the top rendering the movie mostly laughable. For reference, note the ‘light at the end of the tunnel’ scene with Abe Dale is resuscitated. When your eyes cease their rolling feel free to come back and finish the review.

Nathan Fillion is a respectable actor, especially when dealing with genre films. He has been building a history of them with the likes of "Firefly" and "Slither" and has handled them rather well. Here, he comes across competent and believable yet it is apparent that his heart is not in it. Coming across as flat and rather bored he unfortunately does not add much to drawing you into the film. The same can be said for "Battle Star Gallactica’s" Katie Sackhoff as well; we all know and lover her as the new and curvy Starbuck so we know she has the chops, she just comes across as ‘phoning it in’. Топовое казино плей фортуна с радостью ждет вас в своем клубе. A special note to complete the ‘SciFi Nerd Trifecta’; "Stargate SG-1’s" Teryl Rothery also makes an appearance here as well leaving me to wonder if the casting agent discovered a Actor Garage Sale at the SciFi Channel’s home offices.

The base plot of "White Noise 2" is respectable. There are some interesting twists and turns involved but they are spread out a bit too few and far between to keep the movie engrossing. Flashes of excitement are there; some scenes found me paying full attention and actively trying to piece together the puzzle. These were all followed with slower scenes that failed to sustain any interest ultimately leaving me distracted and impatient by the end of the movie. Couple this with the over the top FX and this one gets bumped to the bottom of the charts.

With some editing and some script polishing "White Noise 2" could have been a pretty enjoyable flick, although It still would have been depressing as hell no matter how much polish you applied. Unfortunately they missed that step in the final prep and what we have is a mediocre movie that fails to hold on to your attention and under-uses some pretty high class acting ability for a franchise sequel.