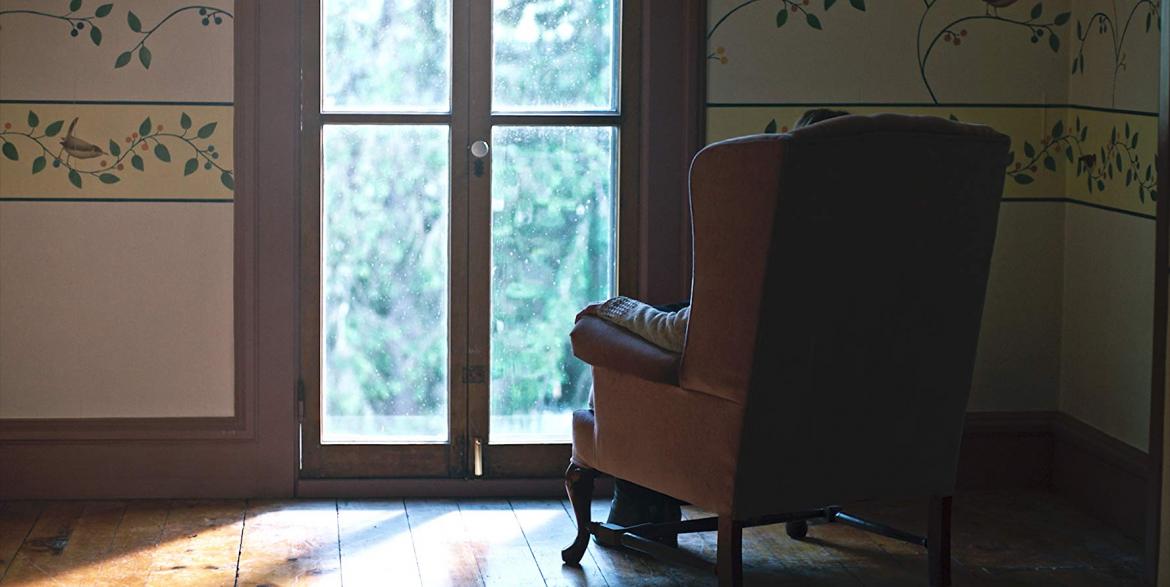 The Witch in the Window (Fantasia 2018) (Movie Review)

At this place in genre cinema the haunted house film requires unique perspective from filmmakers. We can always hope a director has a some stylish or narrative trickery up their sleeve. The Witch in the Window doesn't have either of those things, at least not in an original or unpredictable way.

A father and son relationship is out front and center with Simon (Alex Draper) driving his son Finn (Charlie Tacker) out to a farmhouse he's bought with the intent to fix up and flip for a profit. Trouble is that the house was home to a women rumored to be a witch and with every repair Simon makes her presence becomes stronger and stronger, forcing Simon to keep his son out of harms way.

The Witch in the Window is a good-looking film with sparse moments here and there that have a frustrating effectiveness. Frustrating because once the film is over you'll go back to what it did effectively and curse the rest of the movie for being so dreadfully flat and boring. Draper and Tacker deliver painfully robotic performances in part because the screenplay has given them extremely wooden dialogue to spit out.

Director Andy Mitton is one half of the team that brought us YellowBrickRoad (a film I despise) and We Go On (another uneven but more effective ghost story). Here the filmmaker has a kernel of a good idea and flashes of a poignant family story, but the execution is nowhere near confident enough to pull it off, either in the quality of the performances delivered or the haphazard dialogue that feels stripped from an after school special.

Woefully light on anything resembling scares and of little impact in regard to heavy thematic material, The Witch in The Window fails to cast its spell.