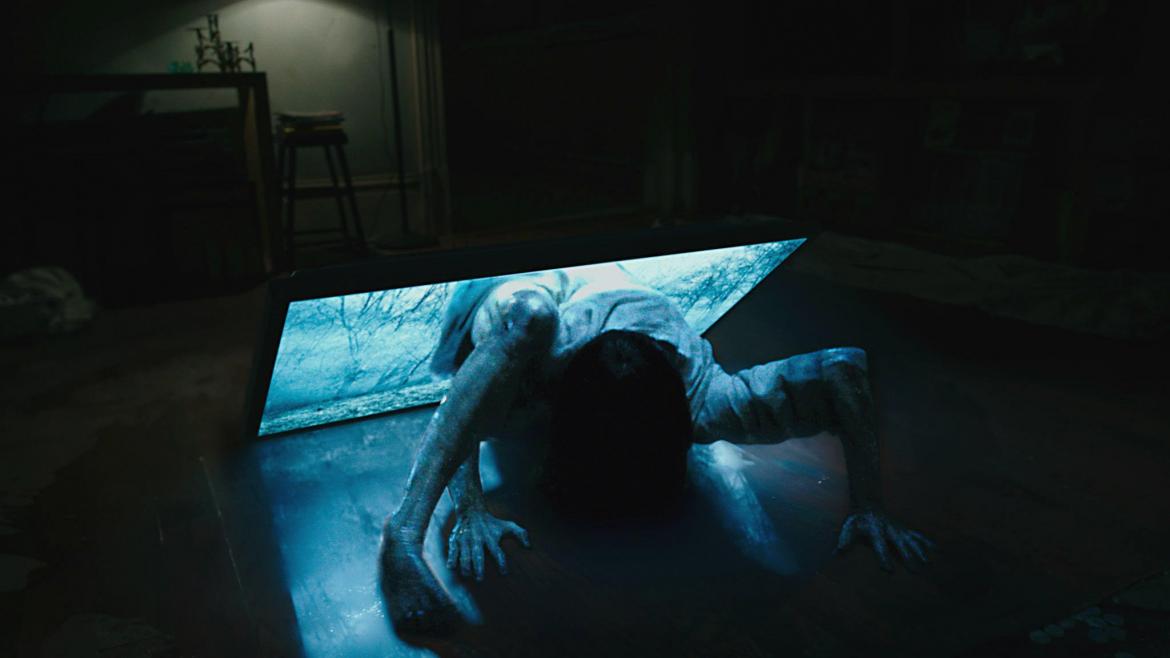 The present day setting of Rings, the 2017 re-launch of the long-dormant Ring franchise, means big changes for Samara, the ghost child who spreads a fatal curse via VHS tapes. Unless she adapts her increasingly dated tactics, she’ll have to content herself with preying on a shrinking food chain of VCR users. Mostly she’ll be crawling out of the televisions of grandparents, patrons of poorly-funded local libraries, and horror reviewers. Samara is helped into the modern world by Gabriel (Johnny Galecki), a hip college professor with an interest in finding biological evidence of the soul. His project brings him to Samara, whom he drags into the digital age and things get pretty cult-y pretty quickly from there. When perpetually-5 o’clock-shadowed cult member Holt (Alex Roe) goes missing, his girlfriend, Julia (Matilda Lutz), takes up the hunt.

Even to a mere outside observer, it seems certain that indecision abounded during the creative process that led to Rings. The film – directed by F. Javier Gutierrez off a script from a trio of writers (David Loucka, Jacob Estes, and Akiva Goldsman) feels like two Ring sequels that were chopped together into a Frankenstein’s monster of dull, box-checking horror. The film’s digital cult first act hardly informs its second act, which is more concerned with a small town that has a mysterious connection to Samara’s history. Then, during the climax, both stories conclude simultaneously, even though they appear to be totally at odds with each other.

As a result of the narrative confusion many of the characters’ motivations are also unclear. Samara is portayed as the world’s worst Danny Ocean, orchestrating two very separate and very elaborate long cons where, if either one works, the other one must go bust. Things make even less sense as we further explore Samara’s backstory. People are stealing bones, going blind, and lording over vicious cicada armies all in service of a disjointed plot heavy on cliché and light on internal logic.

While watching Samara’s killer tape is inarguably a worse way to spend an evening, Rings isn’t such a hot choice in its own right. The former promises gruesome death in a week’s time while the latter is only a lazy, CGI-bloated, and remarkably out-of-touch attempt at wringing a few extra dollars out of a series, nay, a subgenre that ran out of steam more than a decade ago. Even though Rings won’t kill you, keep in mind you’ll never get those two hours back.