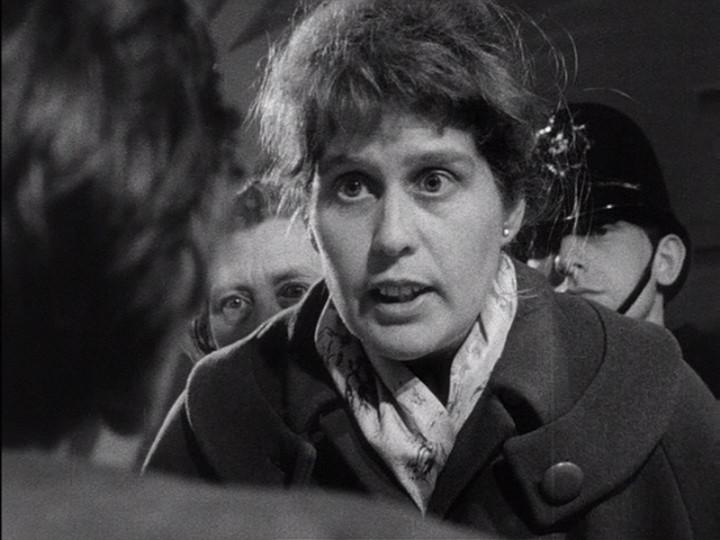 I am not an Oscar historian but the film “The War Game” has to be completely unique in the Academy annals. Not only was this 1966 winner for best documentary film made for British television it was banned from being shown on the BBC until 19 years after it’s Oscar win. The film was commissioned by the BBC as a repayment of favor to staff filmmaker Peter Watkins for his award winning work on the documentary “Culloden”. Watkins wrote and directed this pet project detailing the effects of a small scale nuclear engagement between the west and the Soviet Union. Upon completion the film was screened for the Ministry of Defense. Following that private showing the BBC announced that it was going to forgo airing the documentary, a decision they insisted was made completely of their own accord. Watkins left the BBC and with some backing from prominent anti-nuke activist groups his stark, thought-provoking 47 minute film went on tour in America and France.

“The War Game” starts with an act of aggression by the U.S. against China following a Chinese invasion of South Vietnam. The international dominoes begin to fall in shockingly short order spilling over into a brief nuclear exchange between Britain, the U.S. and the Soviet Union. The film focuses on the town of Rochester in Kent which is mistakenly hit by a Soviet warhead intended for Gatwick airport. The narrative runs from pre-impact pandemonium through to the new world of the despairing irradiated survivors as they try to cobble together basic necessities in makeshift encampments around the countryside. Watkins builds his penetrating indictment of Cold War group-think through a combination of source transcripts from high ranking officials, dramatic recreations of flashpoints around the crisis zones and man-on the-street styled interviews.

For many of the people who see it in this day and age “The War Game” will only be viewable as a historical piece. This is too bad because it has a lot to say about the ease with which people at every level of society can fall into indifference around even the possibility of total annihilation. The lessons being offered up by Watkins in this 1965 polemic have more chilling resonance in the post 9-11 era than many of today’s films which take direct aim at current events. This is because Watkins is taking issue not with the circumstances of nuclear war so much as the government’s reliance on apathy, non-scientific double speak and fear mongering to keep the public from revolting against the untenable positions of their elected leaders.

The mechanics of “The War Game” are what are likely to bog the viewer down in their analysis. As skilled a piece of work as it is, the footage shows it’s age and the style is replete with early BBC austerity. It is not just a simple thrift of passion but that special brand of detachment and absurdly emotionless presentation that both Benny Hill and Monty Python spent years lampooning to the delight of audiences everywhere. The curb side interviews are particularly difficult to watch without immediately recalling Eric Idle in drag drawing out non-pregnant pauses for laughs in front of a mock news crew. Speaking of ‘mock’, perhaps the most fascinating and unique aspect of this Oscar winning documentary is that it is not a documentary. It is in fact a mockumentary, maybe one of the first. The film features few historical facts, no charting of actual events and a great deal of speculative fiction. A quick perusal of the best doc winners of the past does nothing to disabuse me of the notion that this is the only largely fictionalized film ever to win that category.

Much of the criticism that can be leveled at Watkins’ film is negated by the viscerally effective usage of low key high/contrast black and white images. The dramatized images of children suffering from blindness, PTSD and radiation sickness are so well done that they will haunt the empathic viewer regardless of when they see the film. Likewise the blending of scientific facts about the effects of a nuclear blast and the extrapolations from anecdotal evidence collected at Hiroshima, Nagasaki and Dresden give the film an air of authority rather than the clumsiness of a straight propaganda piece. Whether this is great craftsmanship backing up solidly researched ideas or just a really clever filmmaker passing off some pyrite amidst the gold is of little consequence. What does matter is that Watkins got his celluloid alarm bell to the public and helped forward the discussion about the folly of nuclear weapons and the dangers of too much faith in your chosen representatives. That is the kind of sobering message that can never be heard too often from a passionate, skilled filmmaker.