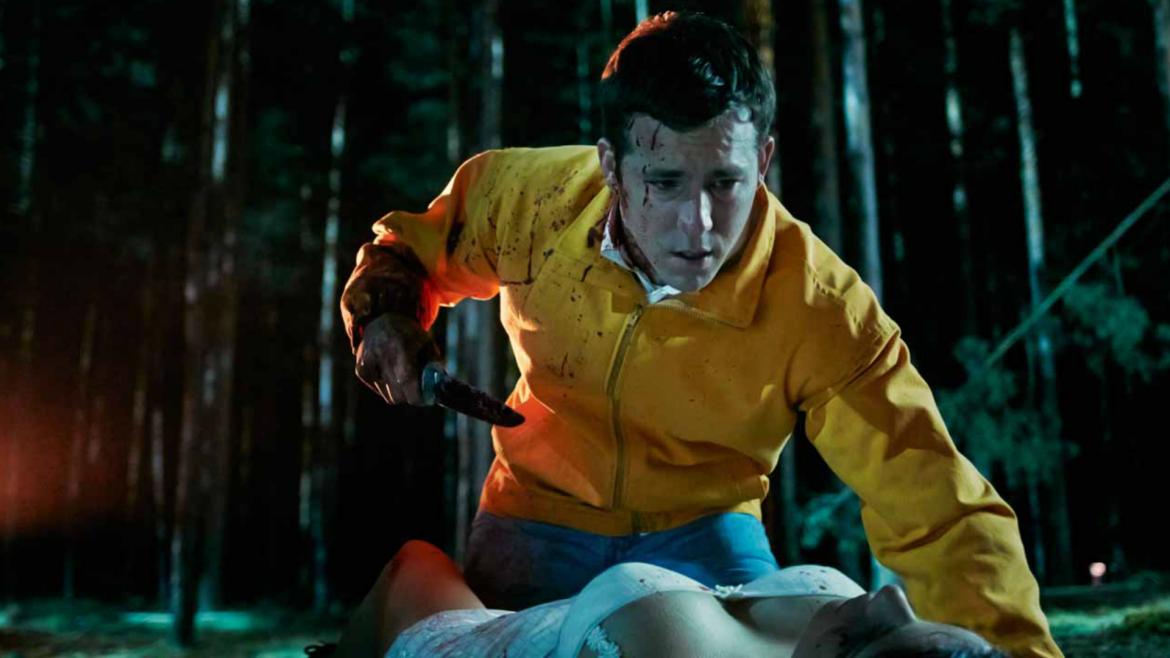 The much-anticipated Sundance darling, The Voices, has arrived, and it is glorious. Jerry, played by Ryan Reynolds, is just a regular guy. He lives in a small town, drives a pickup truck, and works at the local bathtub factory. Oh, and he thinks his dog and cat talk to him. Jerry is trying the best he can to fit in at his new job. And he would be doing fine, if it weren’t for his evil cat, Mr. Whiskers, always bullying him and telling him to kill people. Jerry’s dog, Bosco, is much more supportive, but can’t seem to hold the same sway that Mr. Whiskers does.

When Jerry is asked to help organize an office party, he meets Fiona from Accounting and quickly falls head over heels for her. He tells his court-mandated psychiatrist about his budding romance and asks her if he should feel obligated to tell Fiona about himself or his history. Jerry grew up with a mother who heard voices, she called hers angels, and a father that was both physically and verbally abusive. You can’t help but feel for the guy, who is trying so hard to just be ok. It all seems to be going pretty well too, until he accidentally kills someone, that is. This depraved horror comedy follows Jerry as he descends further and further into madness, while desperately trying to hang on to some semblance of normalcy.

Reynolds seems to be pulling inspiration from his performance as teen, Chris Brander, in the 2005 film Just Friends. Despite his rather glaring flaws, Jerry remains charming throughout the film. He is largely innocent, aside from his violent streak and wants so desperately to convince himself and everyone else that he’s a good boy. And the supporting cast is wonderful and lovable as well. Fiona, played by lovely Brit Gemma Arterton (Quantum of Solace, Prince of Persia), takes great pleasure in being seen as the exotic and attractive one at the office. Anna Kendrick (Pitch Perfect, 50/50) plays Lisa, who has a huge crush on Jerry, though he seems to be completely oblivious. Jacki Weaver (2011 Best Supporting Actress Nominee) plays Jerry’s therapist, Dr. Warren.

The Voices is very tongue-in-cheek with its handling of this story. The film opens with an animated credit sequence of a knife slicing through the black background, leaving a trail of oozing blood, and closes with a choreographed musical number. The setting throughout is staged and shot in a beautiful way and dreamlike way, with bright and vibrant colors despite the dark subject matter and the gore. But the rosy filter goes beyond aesthetics. The audience sees things this way because that is how Jerry sees them, especially when it comes to his apartment. Whenever we are inside his home, the interior is clean and homey, an endearing bachelor pad. In the few scenes that we are allowed to see this place through someone else's eyes, it is dank, dirty, and piled high with moldering cardboard boxes.

If you are a fan of horror comedy, particularly those that are over the top without being entirely tacky and juvenile (a la many satires of the genre) then this is absolutely a film for you.