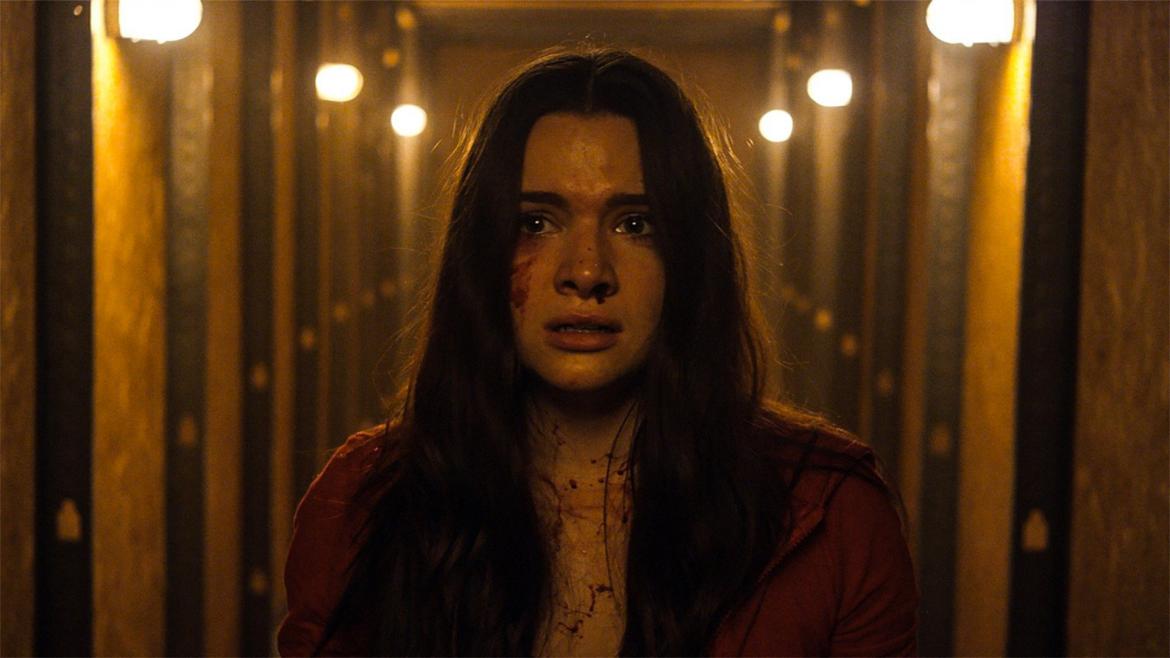 Extreme haunts and escape rooms are like candy to genre studios looking to cash in on a current collective obsession. The Eli Roth produced Haunt, directed by Scott Beck and Bryan Woods (who co-wrote 2018's A Quiet Place) takes an exhaustively simplistic approach to the extreme haunt "sub-genre." The film flirts with cool ideas but like a box of matches being struck in the middle of a windstorm it simply can't keep the spark alive.

A group of friends on the hunt for an extreme haunt stumble upon one hidden in the middle of nowhere in the dark. They surrender their phones at the door and progress through a series of mazes and gags that begin to escalate in odd behavior from the costumed employees brandishing dangerous props. It soon becomes clear that the haunt they've been lead to is run by a twisted group of killers intent on seeing that the friends don't walk away alive.

The antagonistic elements of most horror movies appear when protagonists ignore red flags that put them in danger. Halloween is typically a way around those red flags as it's a holiday that encourages people to act shady to freak out participants doing exactly what the college kids are doing here-looking to be scared by an extreme haunt. One of the most apparent warning signs here is that the friends are being followed by a truck which lures them to the haunt. A brightly lit "HAUNT" sign turns on suddenly, meant to be a jump scare. Yes it's Halloween and, sure, Spidey senses for potential danger might be less in tune, but the characterization and progression that leads these kids to slaughter is Darwinism at its finest.

Once inside, the haunt has all the check boxes of every haunt you've ever been to. Some seem real-like a human sacrifice-and some are just cheesy haunted house gags. Until of course someone is gravely hurt and things spiral out of control. Horror tropes take control as characters make poor decisions left and right. All the while the audience is introduced to the haunt's various deranged staff which quickly become the most interesting aspect of the movie. Yet, the intensely frustrating script continues to try to make us care about the hollow shell characters being massacred. If we just would have dropped all pleasantries and portrayed these characters as what they are, lambs being lead to slaughter, the film would have had more time to take pleasure in the haunt's killers and their various personalities.

Haunt had every chance to drop the act of seeming to care about its poorly fleshed out protagonists, but it's stubbornness results in a largely frustrating experience. Despite its impressive cinematic sheen and mysterious villains, Haunt emerges from its twisty corridors as one half a mean but enjoyable funhouse slasher and one half an incompetent by-the-numbers horror thriller riddled with cliches.