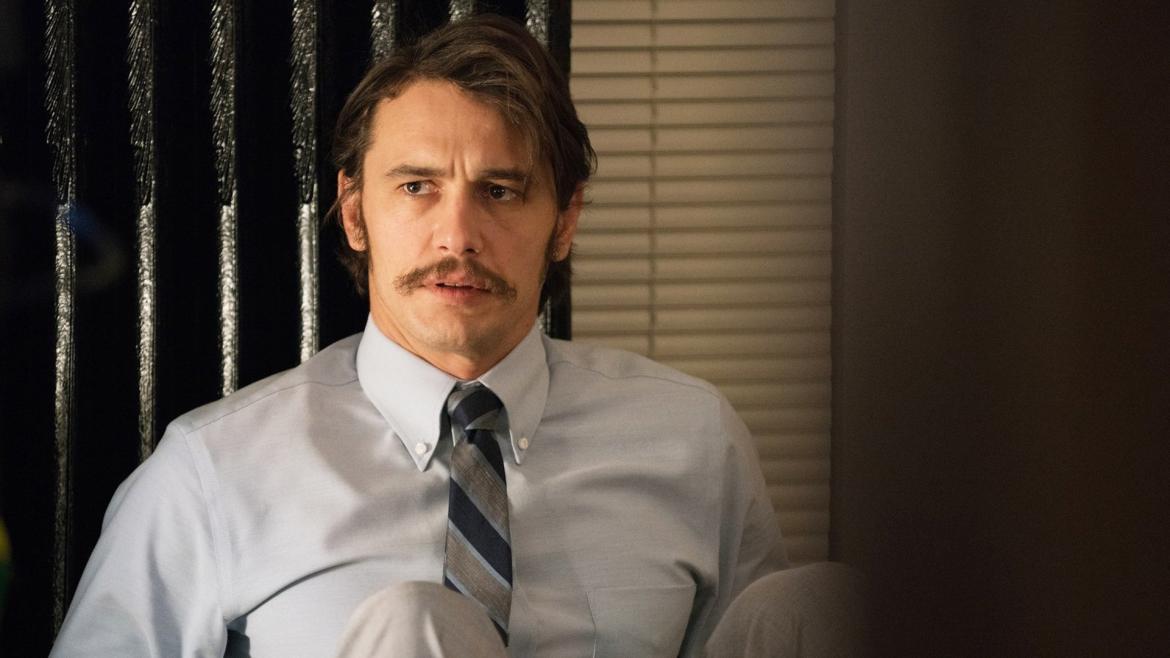 The greatest mystery in The Vault, a flimsy bank heist meets haunted house mashup, has nothing whatsoever to do with the contents of the titular secure storage space. Instead, it has to do with just what in the heck James Franco is doing playing the gloriously mustachioed assistant manager of a haunted bank beset by a pack of robbers. Even taking into consideration Franco’s well-documented delight in upending people’s expectations, his presence as a certified bit player in an utterly unremarkable hodgepodge of crime thriller and spooky house clichés stands as an otherworldy anomaly.

That’s not to say The Vault has no positive merits. Franco’s mustache has already been covered, but that is undoubtedly a highlight. Another of the redeeming qualities of The Vault is its “history moment,” the part where the main plot of the movie slams on the brakes so a character can wax poetic on a location’s paranormal past. Writers Dan Bush (who also directed) and Conal Byrne craft an awesome backstory for their bank about a decades-earlier hostage situation gone horribly wrong and a nearly forgotten vault located underneath the modern bank that promises untold riches. Naturally, this turns out to be more than mere storytelling and the ghosts of the bank's past begin tormenting its present-day robbers. Leading the modern, ill-fated heist are a trio of siblings: the cool but crazy Leah (Francesca Eastwood), the crazy but cool Vee (Taryn Manning) and Michael (Scott Haze), a hesitant crook with financial problems as big as his heart.

The film’s impact is hampered by its haunted house portion, which is set mostly in the bank’s basement and is just super dark. Not the thematic kind of dark – although, it sort of is that, too – but the lighting makes it hard to tell exactly what is going on a lot of the time. Anytime the film ventures below ground, it’s difficult to get a feel for the scope of where the characters are or what is taking place, something that really kicks the legs out from under any effort to build tension.

Neither the heist elements nor the haunted house aspects bring much new to the table. Instead the writers rely on the fact that even though viewers have seen a thousand cinematic banks robbed, they’ve never seen one with a ghost in the vacinity. Outside of a clever back story, Franco's 'stache, and the telegraphed but still fun ending, you won't find much else in The Vault.