In a Valley of Violence (Movie Review) 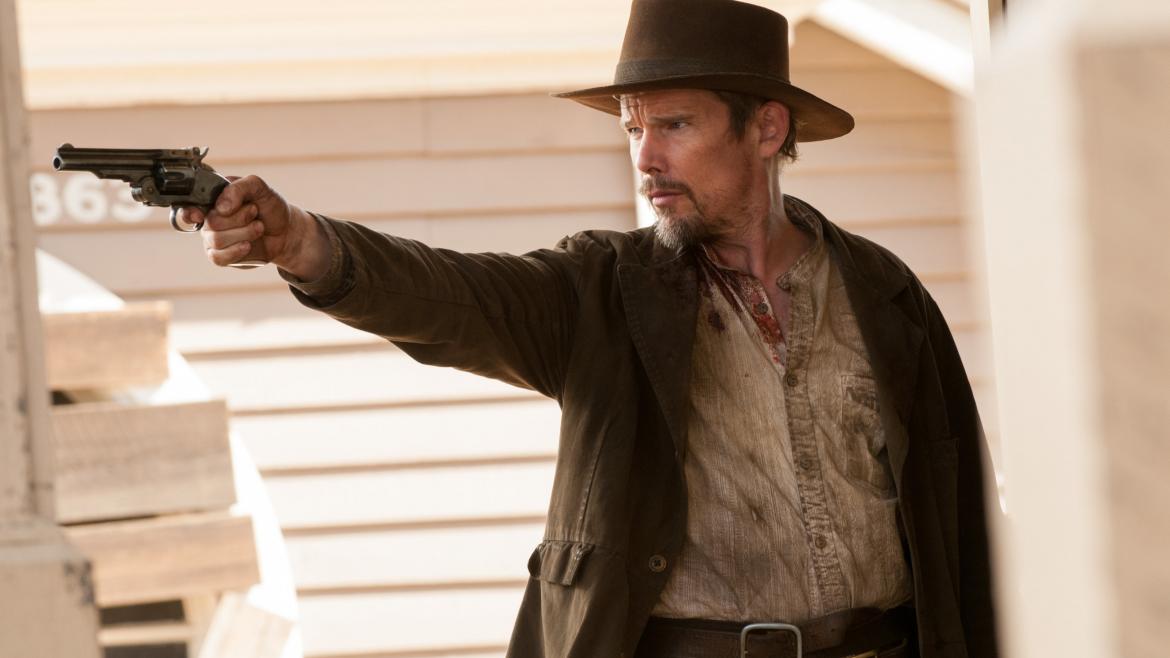 Ti West has made a name for himself for better or worse within the horror genre. While his latest, In a Valley of Violence, finds the auteur venturing outside his wheelhouse it still retains just enough genre identity to grab the attention of any fans willing to step outside the box with him.

Some good ol' fashioned Western violence is on deck as Ethan Hawke stars as the mysterious drifter, Paul. A run in with some locals in the dusty town of Denton, Texas leaves Paul's canine companion, Abby, dead and Paul clinging to life. When he comes to he returns to Denton to exact revenge on the gang that attacked him while the town's Marshall (John Travolta) tries to de-escalate the situation.

Slow burns with crescendoing dread capped off by chaotic finales--that's been West's calling card to date. Arguably his formula hasn't worked quite as well as it did with, The Sacrament, but would he change things up for a quick lane change into a Western or copy and paste once again. The answer? If you didn't know it was a Ti West joint, you might be shocked to find that out when the credits roll.

It's hard not to cringe these days when you look at a cast and see the name, John Travolta, but perhaps most surprising of all is that he ends up being a highlight of the film. Now, does his accent need some work? Yes, but with the absurdist humor that West employs it's never distracting and often just one more quirk injected to an already farcical affair.

Pace has always been one of the most contentious aspects of West's work and many will be relieved to hear that he's ironed out some of those issues here. That's not to say the filmmaker doesn't indulge of few of his lesser instincts from time to time. Short bursts of violence crop up throughout as opposed to holding out for drawn out climactic sequence. Humor is the sail by which In a Valley of Violence glides. The first two acts kicked off by Paul having humorous run ins with a drunk priest (Burn Gorman) which are also brief but memorable highlights.

Ti West manages to jump genres without losing a step. The filmmaker's work will likely still not rub everyone the right way, but those clamoring to see him try something new shouldn't let this one sneak by. In a Valley of Violence might not win in a stand off with some of the years heavy hitters, but it it is a surprising highlight of a budding talents growing career.