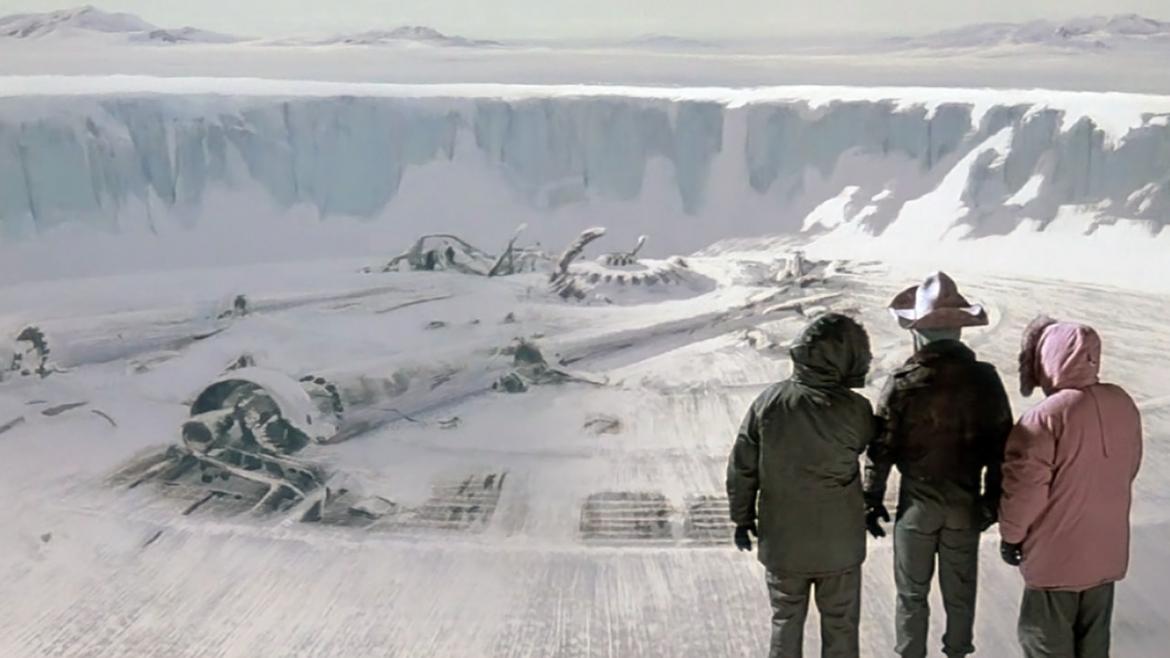 When a team of roughnecks staffing a remote Antarctic outpost come into contact with a strange alien life form that infects and mimics the appearance of its host, things begin to quickly spin out of control as no one can be sure of who has been infected and who remains clean. Led by McCready (Kurt Russell), the survivors attempt to cleanse their research station. Suspicions mount though, and between claustrophobia and the brutal elements, options begin to dwindle.

"The Thing" finds director John Carpenter mid-stride in one of the most productive periods of his career. Combining great acting and the top notch cinematography and pacing that horror fans have come to expect from Carpenter, "The Thing" stands as one of the truly classic modern horror films. Few films ever equal the terror and desperation that begins to ramp up by the film's midpoint and hits its crescendo just as Carpenter lowers the curtain on one of the bleakest and most poignant endings in horror history.

"The Thing" is one of the finest horror films ever made, and is a must watch for even the most casual horror fan.