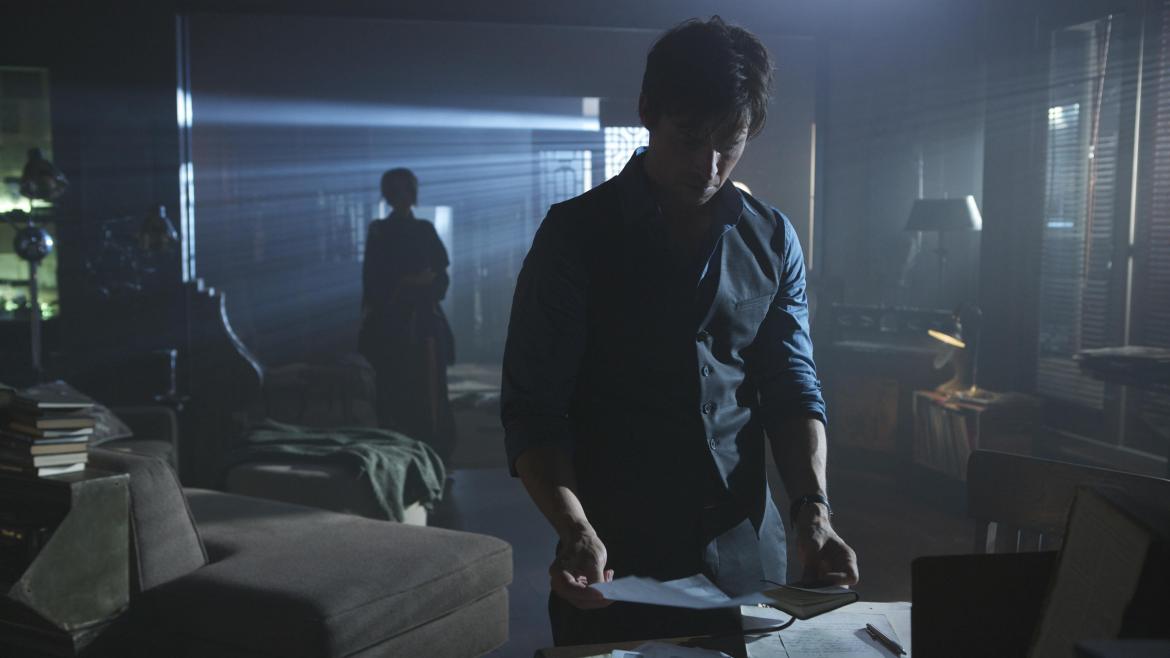 Every film maker has their influences. It’s nearly impossible to consider a world where the film Halloween exists without the advent of Psycho, nor would our collective horror psyche have been primed for the sadomasochistic, nihilistic elements of the Cenobites without the context of the world built in the visions of a film maker like David Cronenberg. The difference between these instances and a film such as Synchronicity is that those film makers have taken what has come before and built on them, hand crafting a whole new unique vision where we may be participants. In this film however Jacob Gentry has lifted elements from other Sci-Fi films and used them to obscure his vision; this is a film that adorns its influences like a costume.

Synchronicity is a movie about a scientist named Jim Beale (Chad McKnight) who with his scientist friends has invented a wormhole that upon testing it, sends himself through a tunnel that brings him back in time just a short period. What transpires is a interwoven web of reality where there are now two of him who are both entangled in a complex love affair with Abby (Brianne Davis) and share a series of encounters with her sugar daddy Klaus Meisner (Michael Ironsides who looks like he is extremely bored by all this) who also happens to be bank rolling all of the scientific exploration.

What we get here is a plot structure that plays out like Primer wrapped in a neo-noir futuristic world ripped directly from the visual stylings of Blade Runner right down to the hovering spotlights and looming dark buildings that dominate the landscape. This may all seem like an interesting mix, the problem is that that it doesn’t fit the internal motivations of the film nor does it do anything to particularly add to the movie especially when you take into account that this is a movie with an intended emotional instead of truly intellectual payoff like the films it is aping. This is about true love and serendipity, which is potentially interesting ground to traverse in the time travel genre; but also one that deserves its own voice and identity.

Synchronicity is a film that has some pretty decent performances from the two leads, but an unrealized premise that’s buried in its ham fisted influences.