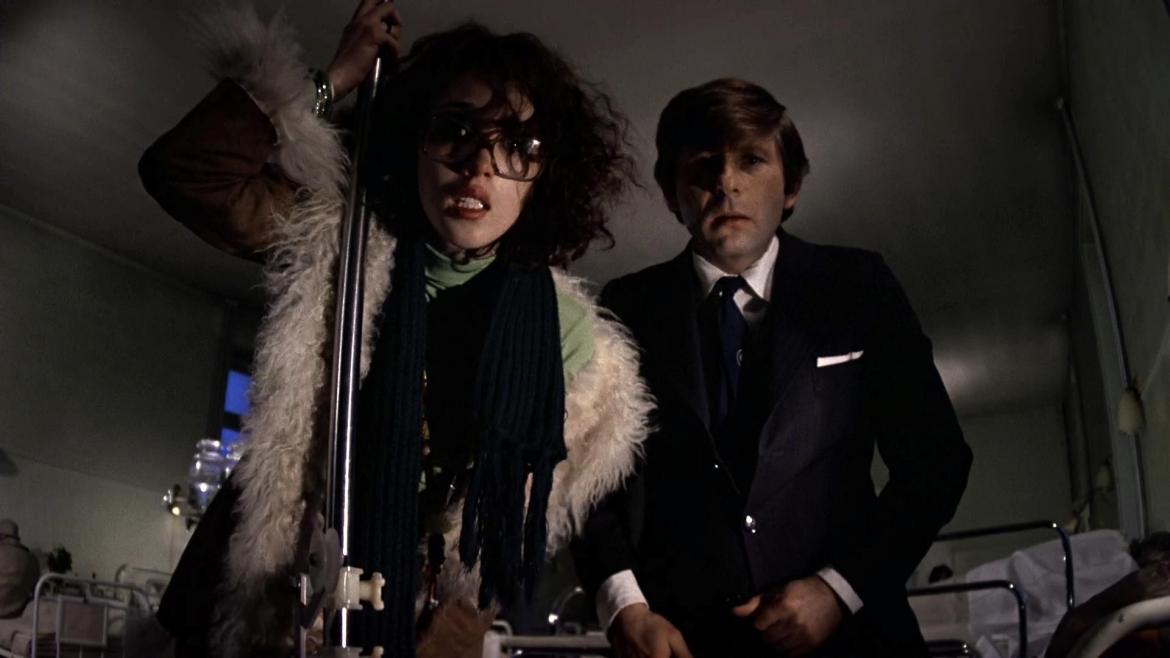 Inexplicable and dreamlike The Tenant is a rabbit hole of obsession and distrust. Considered the final act of the Apartment trilogy, this is, perhaps more so than Rosemary’s Baby or Repulsion, a fevered look inward at a more self-indulgent sort of sexual paranoia of the director than those films, and in a way perhaps that makes this an even more disturbing movie than its predecessors.

The Tenant tells the story of Trelkovsky (Roman Polanksi) who takes up residence in France in the apartment of a woman who has recently attempted suicide and is in a coma. Becoming more and more obsessed with the women, he integrates himself with her former friend Stella (Isabella Adjani) both personally and sexually while being drawn into the bizarre activities of the other tenants in the building that lead him deeper and deeper into their world.

Like Repulsion​, this film is an examination of the main characters ability to perceive the world as it truly is. The intentions of those around them and how they relate to the individual is the focal point by which the world seems to bend around them and twist their sense of the real and imagined. Polanski puts on a fantastically vulnerable performance in this film which makes the difference between this and just some other entry in the genre.

The unreliable narrator is a trope that endures in thrillers mostly because of the ease of pulling the rug out on the audience with the hope of leaving a lasting impression when the credits roll, with the law of diminishing returns every encroaching on the viewers enjoyment level.  The Tenant avoids this concern entirely. This is not about the final turn but the slow but oppressive inevitability of it all. With every step forward the audience is intended to feel the growing weight on their shoulders. What is to come will happen whether we like it or not. This added to having Polanski himself in front of the camera exploring the darkest recesses of the human psyche, and us burdened with the knowledge of his own future exploits creates a troubling and creepy cocktail. It’s undeniably effective, even when everything doesn’t add up you are left with memorable images and a slew of strange yet outstanding performances.

If you are the type of person that loves slow burn thrillers and crave suffocating creepiness The Tenant is a must watch.