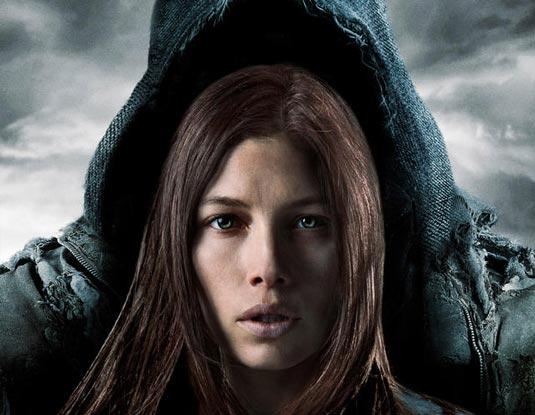 Pascal Laugier's "Martyrs" blew the American horror scene away when it came ashore in 2009. Attempting to bring weight and emotional gravitas to the torture genre, "Martyrs" pummeled audiences with transcendentally brutal visuals and a gut-punch of an ending that people are still arguing about. Whether you liked it for its ambitions or were repulsed by its machinations, "Martyrs" nevertheless left almost everyone waiting to see what Laugier would do with his next horror film.

Unfortunately, we'll have to continue waiting, because "The Tall man" does not fit the bill.

"The Tall Man" is set in the Northwestern US. Jessica Biel plays a nurse in the dilapidated former mining town, whose husband (the town doctor) is presumed to have passed several years earlier. Being the last medical professional in town, she's taken it upon herself to look after the resident's children, who as we soon learn, are in desperate need of a guardian.

This is because of the mysterious "Tall Man", who is rumored to abduct children in the middle of the night. Dozens of young kids have gone missing in the area, a fact that comes to Biel's doorstep one night when she wakes up to find that her own child has been abducted. Or at least, the child who we've been lead to believe is hers.

It's at this point that "The Tall Man" takes a hard left turn, flipping the story upside down and showing the audience that almost nothing they have assumed up until this point is true. We spend the rest of the movie trying to suss out exactly what role Biel has played in the abductions, a pretty important morsel of info that Laugier doesn't share with his audience until almost the final moments of the film. This makes spending time with her character difficult, since we're not sure how whether she's the villain, or the hero of the film.

The idea that "The Tall Man" is a horror film should probably be put to rest right here, but one can't fault the viewer for the confusion. Even if you put aside the highly misleading marketing campaign for a moment, it's hard to miss the blatant horror tropes laid on thick throughout almost every scene. Laugier is clearly trying to setup scary, suspenseful, atmospheric sequences, but in the end they seem wholly out of place in the film he's crafted.

If you're able to look past the identity issues present in "The Tall man", the film's final act presents problems of its own. To say that the ideological conclusion the film comes to is a little "troubling" would be an understatement. Laugier is clearly trying to make an "issues" film, one that would probably have lent itself more to a drama or crime thriller. Why it even veers into horror territory is hard to say. Maybe he felt obligated because of the success of "Martyrs", or maybe he was pressured by the studio. Either way, it's out of place here and ultimately ensures that the message, however suspect it may be, gets lost in translation.