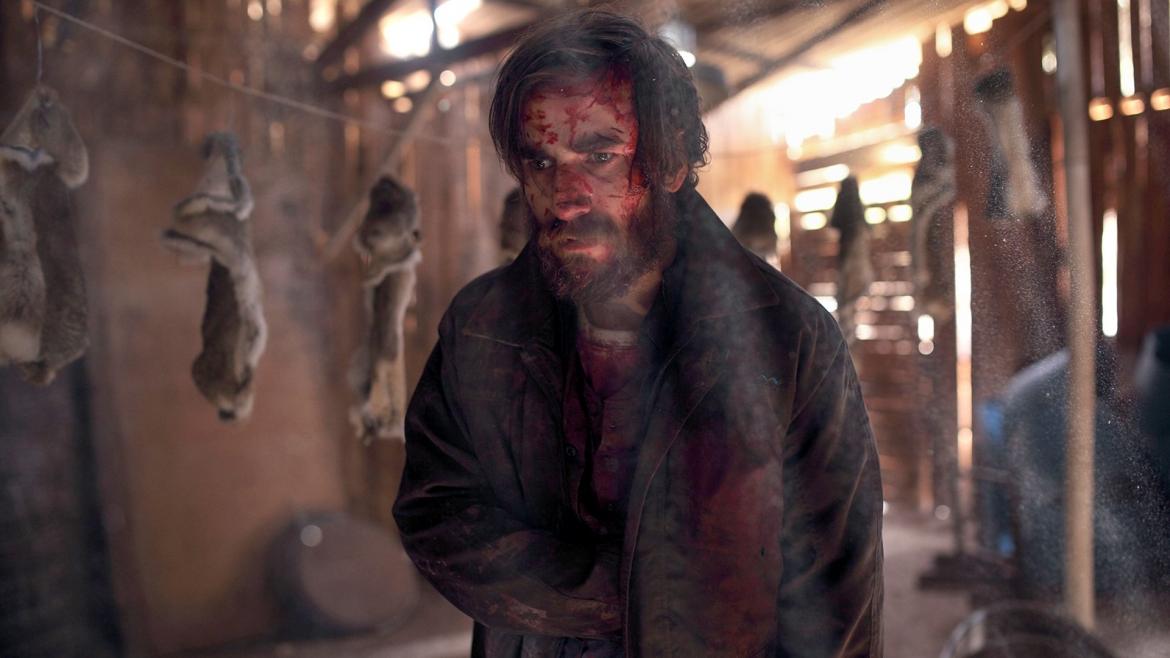 With the long-awaited release of The Green Inferno this spring, Eli Roth came back into the spotlight, with fans and haters alike waxing poetic about his long absence from the scene. But the lack of original content didn’t mean that Roth wasn’t hard at work as evidenced by a number of horror posters boasting “Eli Roth Presents” at the top. One such film is Guillermo Amoedo’s The Stranger, currently streaming on Netflix.

Much like the film’s subject, the movie itself was added to Netflix without fanfare and no real origin story.  The IMDB page is very sparse and the origin of Eli Roth’s involvement is not entirely clear. Similarly, the movie tells the story of a mysterious man who comes to a small town and immediately becomes the center of lots of trouble. A young graffiti artist witnesses a group of thugs beating the man and tries to save him, when the police chief turns out to be complicit in the stranger’s demise, the graffitist takes it upon himself to save the man’s life and finds himself in way over his head.

The movie’s big twist – which comes across way less like a twist is that the man is a vampire, the world’s last in fact, and is hell-bent on ensuring that the infection ends with him. The movie takes some interesting departures from classic vampire lore, creating mythology all its own, but seems far less concerned with the actual rules. The story seems to be the real focus but, unfortunately doesn’t prove itself to be terribly engrossing. The movie ends up feeling like it may have been better suited to a short film format.

The movie is also significantly impeded by the acting. The movie takes place in either America or Canada (depending on what website you read), but was shot in Chile which leads an audience member to ask some interesting questions like why doesn’t the movie take place in Chile? Why are all of the actors stumbling through their lines in stiff American accents rather than simply speaking Spanish? Would the movie be improved by either one or both of these changes? Unfortunately, these choices serve to make the film feel more amateur than it may have otherwise and that made it harder to enjoy.

The Stranger is not a bad movie by any stretch of the imagination, and it has its moments, but the fact that the accents were one of the most memorable aspects does leave this reviewer wishing that this movie’s creation had a bit more backstory.