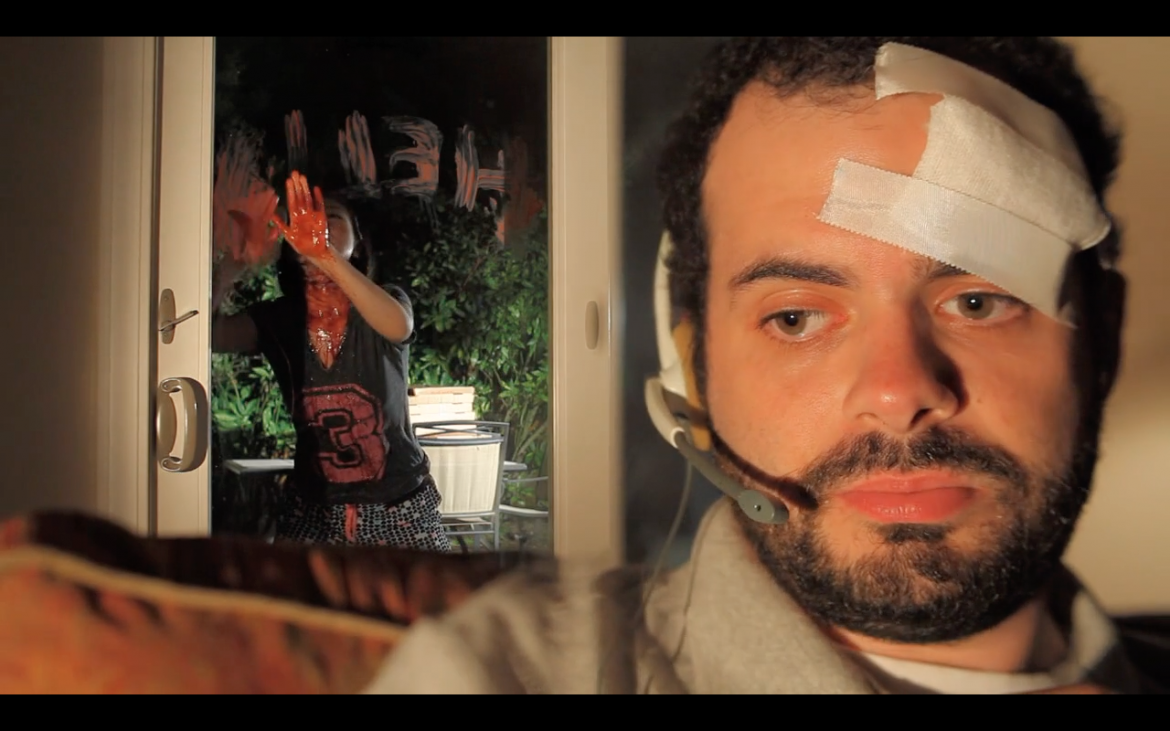 Before we even get started, let’s get something straight. This movie is low-budget, this movie is absolutely absurd, and this movie is kind of great! This time last year, I reviewed the first feature length film from Brandon Bassham of Annum Films. Fear Town, USA –a crazy account of what really happens on the totally fake holiday of St. Blevin’s Day—which he co-wrote with Reynard Ali. His second full-length film, which he wrote and directed himself is called The Slashening and is being distributed by Troma Films.

Like the film before it, The Slashening follows a group of friends at a party (or a “get together”). In the tradition of many horror films, we are introduced to a group of five girls gathering for a slumber party while the parents are away and all of the typical players are there. You have the nice girl who’s just discovered that her boyfriend is cheating on her, her nerdy best friend, the boy crazy one, the one who never breaks any rules, and the one who does enough crack to kill a horse. Before long, one of the girls invites over a few boys and the party starts to get out of hand.

With a brutal killer on the lose, the plot basically plays out exactly as you’d expect. The party goers are picked off one by one, not to mention the pizza guy death-count, that got close to the double digits. Where this movie distinguishes itself is in the way it takes these familiar twists and turns. From the best friend duets of what is clearly a Taylor Swift rip-off song to the goofy recurring gag of the killer knocking off pizza man after pizza man in exactly identical scenes, this movie carries these tropes as far as they will go and then takes them even further.

Finally, this review would not be complete without the mention of the use of gender roles of this film. Let’s be clear, few, if any, of these female characters are well-drawn or even likeable, but that is more a function of the satirical nature of the film. However, the larger arcs of the film make it obvious that this movie has something to say about sexuality and about gender within the horror genre. For a movie that has a fair amount of nudity in it, we never see any upper, lower, front or rear female nudity. One particularly great example of this is a typical POV shot of the killer watching the girls undress through a window. The women stand in a circle, facing each other, in their underwear (which definitely happens, at every slumber party, duh) yet every time they get close to doffing their panties or bras they think of something else that just has to be said. Then, they are sure to close the blinds before getting naked and exclaiming how perfect their naked bodies are.

This reviewer is certainly smitten with Bassham's work. Both Fear Town, USA and The Slashening are goofy, yet intelligent horror spoofs. They feel like they could have been written by our own horror fan friends, in the best way. And because of that, these movies are best watched in a group, preferably a group of fellow nerds. These movies may not be for everyone, and if low production values are a problem for you this is certainly not for you. But if you don't mind the low budget and can get behind a movie that is doing some wacky things, then grab some beers and some friends and give this film a shot.