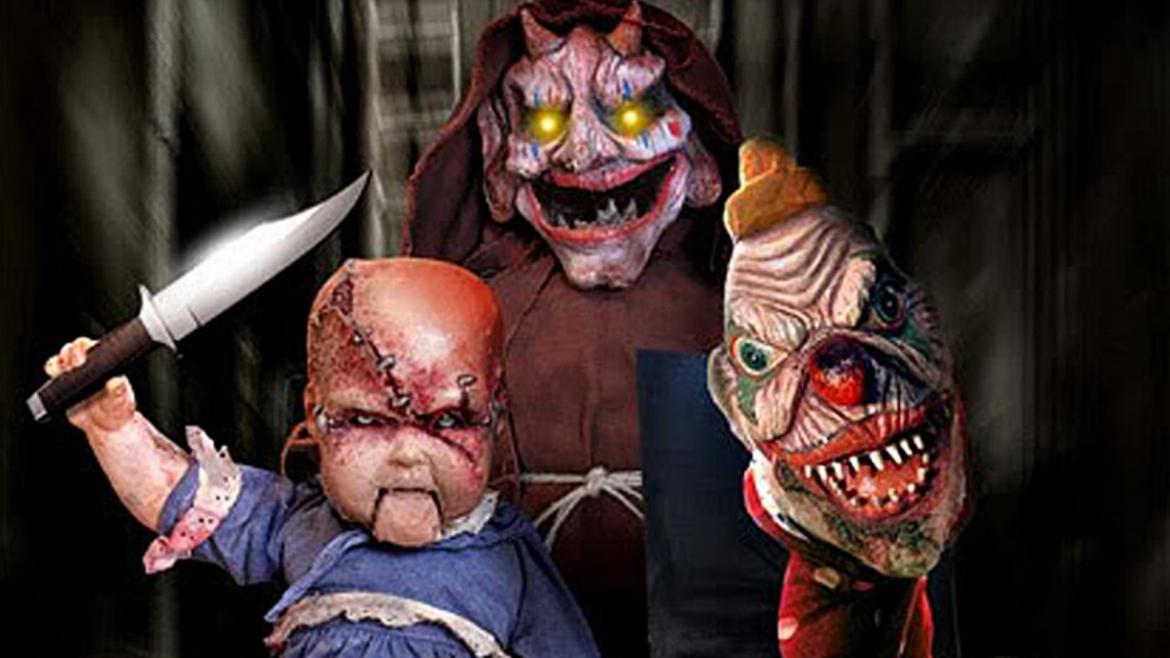 My decision to explore director William Butler's highly-anticipated killer doll opus "Demonic Toys 2" was based solely on nostalgia. Having been a Full Moon Entertainment fan for nearly 20 years now, slipping back into this Charles Band-inspired universe after an extended hiatus was oddly comforting, like a warm, friendly blanket taken directly from stylish dryer specifically designed for low carbon footprinting. Naturally, my opinion of the picture is incredibly biased, as I'm the proud owner of the entire "Demonic Toys" series, including that insipid "Dollman vs. Demonic Toys" endeavor released in 1993. If that's not devotion, then you need to invest in a dictionary, my friend. Pronto.

Butler, who many genre fiends may remember from "Friday the 13th Part VII: The New Blood" and Tom Savini's questionable remake of "Night of the Living Dead", seems to have done his homework, as "Demonic Toys 2" (aka "Demonic Toys: Personal Demons") looks and feels like the films Band and company were churning out during the 90's. The story is even set inside a creepy old castle, a location which has been used countless times in various Full Moon productions. Were someone to boldly announce that this particular outing was, in fact, filmed during the company's heyday, I wouldn't be at all surprised. The only thing missing is an episode of Videozone Magazine.

Unfortunately for those who didn't grow up watching this sort of B-grade nonsense, you're probably going to hate "Demonic Toys 2" with every ounce of your tender loving being. Everything about the picture is cheap, cheap, cheap, from it's second-rate puppetry to its sorry excuse for computer-generated imagery. In fact, the whole podunk affair feels more like a loving tribute to Charles Band's curious obsession with pint-sized weirdos than a straightforward, stand-alone movie. Had the film been created outside of the Full Moon universe, I doubt this rough assemblage of words and phrases would be nearly as positive and supportive as it currently is. Hey, I said I was biased, didn't I?

So willing and able am I to forgive the film its shortcomings that I'll actually overlook William Butler's nickel-and-dime scripting, which pits a gaggle of wafer-thin characters against a small collection of violent, ill-tempered dolls, including a horribly scarred baby that spouts obnoxious wisecracks like most babies spew undigested breast milk. Once the dolls have met the picture's only new addition -- a creepy-looking jester who cuts a jig when you tap his box with a stick -- the plotting becomes a generic, by-the-numbers slasher with little creativity to its name. No surprise there.

William Butler has spent a large portion of his life toiling away in the genre, and it's painfully clear that his cinematic sensibilities are still locked firmly in early-90's. Although this may sound like negative criticism, the film's murky colors and low-budget sensibilities actually work in the picture's favor. The "Demonic Toys" franchise doesn't need fancy effects, stimulating performances from world-renowned actors, or anything remotely resembling quality. All that's required to satisfy the legion of fans who thirst for cheap doll-related thrills is a single location, a handful of lambs for the slaughter, and a bunch of ugly, inanimate toys gyrating in front of a camera. Oh, and Leslie Jordan. Once you see him, recognition will follow.

If the name "Demonic Toys 2" doesn't get you insanely pumped to stare at cinematic inanity for a meager 80 minutes, then you should probably avoid this particular title altogether. It sounds like a cop-out to classify the movie as something for "fans only", but that's exactly what the picture is. William Butler, whether he intended to or not, has crafted a sly little tribute to Full Moon Entertainment and the iconic Charles Band, a man who has given us more toy-centric horror than we could ever hope to appreciate in a single lifetime. It's stupid, it's silly, it's cheap -- in other words, it's everything you've come to expect from Full Moon.