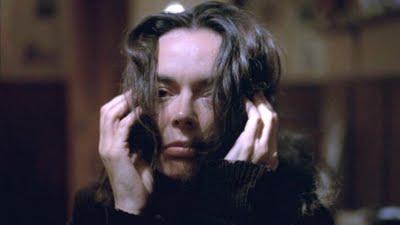 As a point of clarification I am not about to talk about the old Pro-Life propaganda film also bearing the title “The Silent Scream”. Though I have to admit when I was younger and believed that what I had seen in that movie was medically accurate ( I was MUCH younger) I did find it to be somewhat terrifying. And now onto, Denny Harris’ 1980 film “The Silent Scream”.

“The Silent Scream” is the story of a group of college students who rent rooms at an old beachside Victorian. The house is owned by a reclusive old woman and her homebody son. The new tenants bond over beers but on the way back to their new digs one of them is murdered on the beach. I am going to break form a bit here and draw attention to the mechanics of this review. A good review relies on the knowledge and understanding of the reviewer to satisfy their audience’s curiosity on matters of content and intent. It is a craft that I am learning more about every week. My lesson this week is about another equally important component of the reviewing process and that is willingness. Every reviewer on this sight has to struggle on a somewhat regular basis to get through a film and the subsequent write-up. Usually there is enough of a hook whether positive or negative to hang a few hundred words on. But what happens when the subject inspires no contempt, no critique and no admiration?

“The Silent Scream” is a horrible film. This is not because it lacks talent, craftsmanship or a serviceable story. This film is horrible because the intangible qualities of heart and charisma and the ethic of hard labor seem to have been abandoned by nearly everyone involved with this film. The movie opens with a 3 minute slow motion sequence that is in fact the same sequence that finishes the film. This would be fine if there was some sort of revelation separating the scenes, but what we have amounts to a largely goreless hour and 15 minutes of dry-as-a–buckwheat-pancake filler.

What makes the dullness most depressing is that there are some recognizable professionals working in this odorless turd. Yvonne De Carlo(Lily Munster), Cameron Mitchell(Death of a Salesman, Blood and Black Lace), Avery Schrieber( Chico and the Man, The Muppet Show) all take turns stirring the pot only to watch it settle back into a gurgling simmer. There just isn’t enough of anything to carry the film out of this torpor.

The screenplay is an obvious “Psycho” grab with none of the skill and a less than surprising reveal. The kids at the center of the action (believe me it is hard to use that word to reference anything that happens in this film) seem to be only mildly inconvenienced when their new roommate turns up dead. In fact the slim-jim semi-hunk who is trying to seduce the female lead does so by taking her back to murder beach for a romantic romp less than 12 hours after the slaying… with the killer still very much at large. Mr. Screenwriter (Wallace Bennett) you have got to do better, however small your payday may have been, you were still stealing from the producers by selling this script.

There is a bright spot here. One. Barbara Steele makes an appearance in the second act and for 3 glorious minutes possesses the screen alone. Steele is the Bette Davis of Horror cinema. One look from this Bava muse, female beast carries more information and emotion than two hours worth of dialog from most other actresses. Steele infuses the production with both class and believable emotional duress. She is the flower of horror cinema and here she proves she can blossom even when planted in a field of strangling weeds. Barbara is 73 years young this year, long live the Queen.

Okay, there is not much else one should say about a movie this flaccid. If you happen to find yourself in possession of a copy of this derivative mess do everyone a favor and fast forward or chapter skip to minute 45. Watch what Mrs. Steele has to offer out of context then fling the movie over the back fence into the empty field adjacent your home. Don’t worry about the environmental repercussions of your action because this film has no impact at all…sorry. It pains me to say this but that contemptibly misleading piece propaganda I mentioned in the opening is actually a much better-crafted film than the one I just watched. That seems a pretty damning thing to say. Hopefully it is enough to inspire you to steer clear.