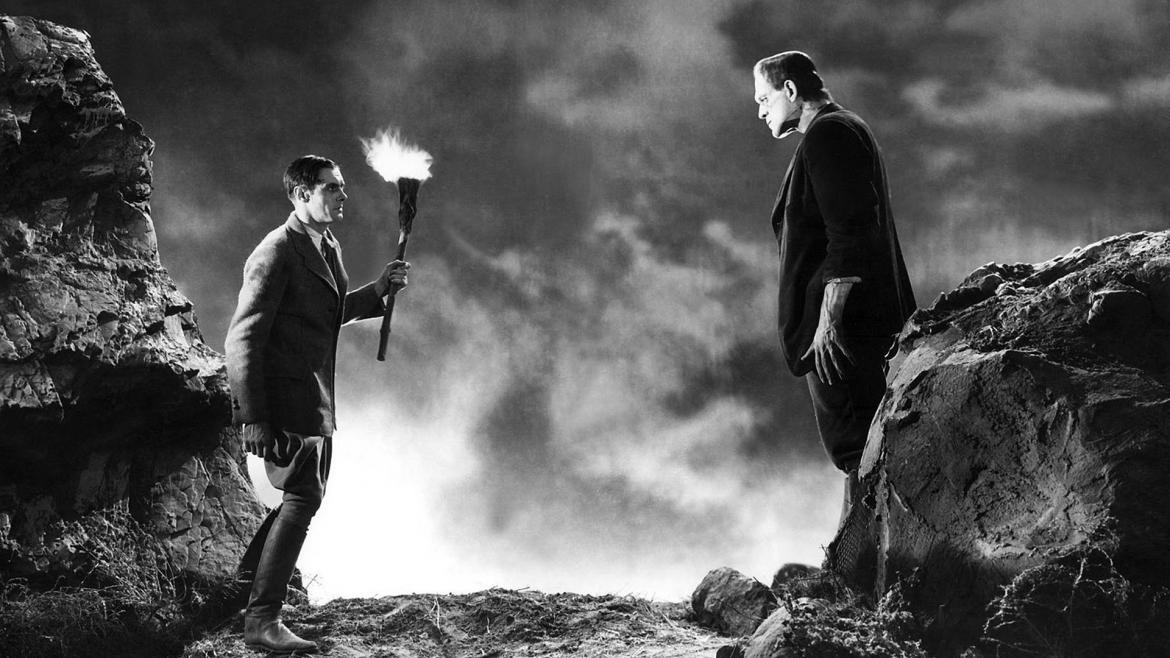 More than eight decades have passed since the lurching, scarred monster of 1931’s Frankenstein first terrorized the citizenry of a small, European hamlet. In that time, the events and characters it depicted have been borrowed and reimagined and parodied over and over again. Yet, despite the scope to which its component pieces have been embraced and assimilated by mainstream culture, the film hasn’t relinquished its incredible power to disturb and affect.

In many ways, Frankenstein is the definitive mad scientist movie. Dr. Henry Frankenstein (Colin Clive) is a brilliant researcher who, aided by his hunchbacked assistant Fritz (Dwight Frye), has taken to robbing graves and gallows, collecting bodies for his experiments. His goal? Cobble together bits and pieces of dead flesh and then, through the miracle of lightning, give life to this creation.

At its core, however, Frankenstein is really the story of cinema’s most famous deadbeat dad. Even though the film seeks to shift some blame off Henry – that brain he stuck in the lump of flesh he was reanimating was abnormal after all – and it gives him a late-in-the-game redemption angle, he’s still its ultimate villain. It was Henry who, through his criminal actions and his desire to play god, created the monster. Then, it was under Henry’s supervision that the monster was “raised,” for lack of a better word, knowing only violence and fear. When the strain of being a terrible parent became too much, it was Henry who bailed, leaving his monster to head out into the world with disastrous results.

Perhaps it’s the ease with which audiences can relate to, and even sympathize with, the monster that has helped the film remain relevant for all these years. In the performance that made him an icon, Boris Karloff imbues the monster with a child-like innocence as he wanders a world he in no way understands. When attacked, he fights back wildly, and despite his immense strength, the fear and confusion he feels is clear. Even after he inadvertently drowns a small girl, in a tragic scene that’s still hard to watch, it’s impossible to shake the idea that all of this could have been avoided with a better upbringing.

As the mad doctor and failed father, Clive gives a performance that, while not on the level achieved by Karloff, is still excellent. His frenzied reaction when his sinister experiment works, his delirious proclamation of “Now I know what it feels like to be god!” are the sorts of moments that will live on forever. Clive is so good during these scenes – and Karloff is so good in his own right – that even after the doctor has been repurposed as a fledgling hero, he never truly wins us over. It feels wrong to root for him, as if it’s asking for the monster to pay for his maker’s crimes.