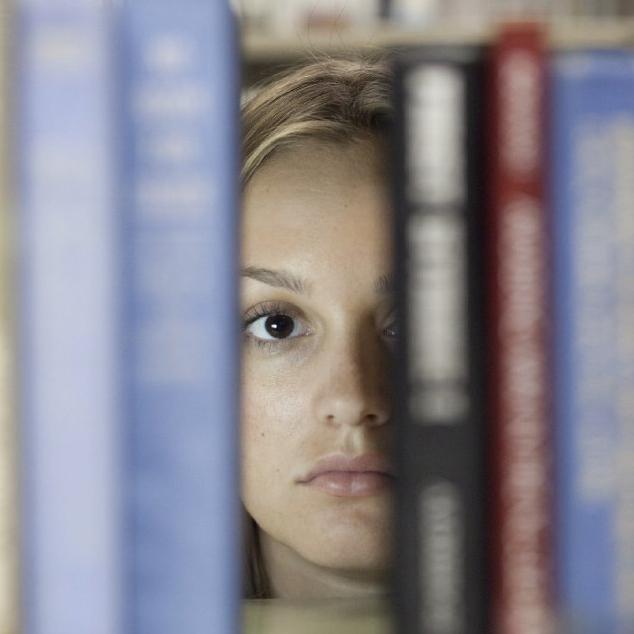 While maybe not as well covered as other thriller sub-genre's, the female-psycho has been something of a staple for the last several decades. Older titles like "Fatal Attraction," "The Hand That Rocks the Cradle," and "The Crush" paved the way for recent updates like "Obsessed" or even "Orphan." The formula is usually pretty simple: a woman, typically an attractive and otherwise unthreatening woman, slowly reveals herself to be batshit insane. This insanity will manifest first as odd clinginess or protectiveness, but eventually ratchet its way up to full-blown people killing -- often jump started with some animal cruelty or murder.

Christian E. Christiansen's new film "The Roommate" slots right into this niche and paints as neatly by the numbers as could have been possible. Taking its cue from 1992's "Single White Female," "The Roommate" offers a picture of a college freshman dropped into as difficult a rooming assignment as one could have. Minka Kelly's Sara arrives in Los Angeles from Des Moines ready to grab life by the horns and make a name for herself as a fashion student. Unfortunately for her, she's been paired with Leighton Meester's Rebecca, a local girl who likes to keep her friends really close. Awkward getting-to-know progresses quickly to a seemingly normal friendship, but eventually Rebecca begins to grow more and more over-protective.

This is the point in other female-psycho films where some really whacked out stuff would start going down. But Rebecca is only a college student, and perhaps she wasn't ready for full-blown crazy, so the filmmakers ease her into things with some light chiding and annoying, though hardly threatening behavior toward poor Sara. Obsession sets in, as it will, and Rebecca gets more and more aggressive in her bid to keep Sara close. If they were to ever become ex-roommates, well, that wouldn't be much of a movie would it?

More so than other films of its ilk, "The Roommate" seems to want to tread along the line of near-plausibility, as if audiences are shelling out $15 for a cautionary tale about the slightly-unhinged who walk among us. By the time the action -- and that word should be taken as lightly as possible -- does begin to ramp up, most viewers may be wondering how this script climbed its way off of the Lifetime Movie Network pile. Moviegoers swayed into giving "The Roommate" a try based on its trailer or commercials will find that they already seen the most graphic shots that the film has to offer. The menace promised by a scowling Meester is never even approached, instead leaving the scantest body count you're likely to encounter in a film marketed to the horror community.

It is fortunate that Sara, Rebecca and their classmates are quite fetching, otherwise this review would consist of nary a pleasant thing to say about "The Roommate." Bland to the point of offense, the film never even attempts to establish a reason for existing other than conning unsuspecting teenagers into handing over their allowance. The saddest part may in fact be that there are areas where the film could have raised some points of interest. Questions of gender, sexuality, identity and mental health are alluded to, but handled in a manner so juvenile they would have been better served had they not been raised at all. The same, of course, could be said of "The Roommate:" a film so thought- and purpose-less, we all would have been better served had it not been made at all.

The Man Who Killed Hitler and Then The Bigfoot (Fantasia 2018)