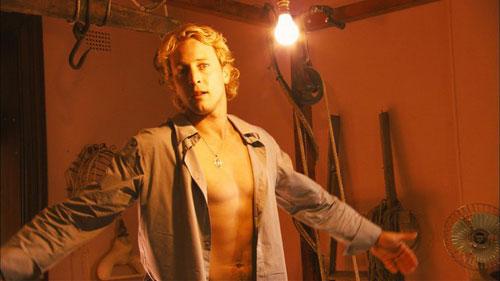 The internet has been a great boon for many, from pirates to pornographers to Nigerian royalty, but perhaps no one has benefited as much from the endless, unfiltered knowledge on tap through the web than horror filmmakers. Before the internet filmmakers had to work hard to come up with original ways to shock and disgust the audience. It took a true artist to push the boundaries and dare the audience to look upon things that might be better left unseen.

These days, thanks to the internet, the average person sees things before breakfast that in the past required a trip to Mexico, Amsterdam or maybe even a jaunt into international waters. We’ve all born witness to such unspeakable things that the Video Nasties and Herschell Gordon Lewis movies that were appalling just a generation ago now seem downright quaint. This overabundance of easily-accessible depravity means that your horror filmmaker in search of a gimmick just needs to go to Wikipedia and search for fetishes, skin diseases or insect mating habits and the movie pretty much writes itself.

I’m pretty sure the creation of “Feed” came about something like this: One night while doing some very important and serious and not at all creepy “research” the screenwriters came across the weird fetish subculture of feeders – people who get their kicks by fattening up others. They then sat up all weekend with DVDs of “Silence of the Lambs”, “Se7en” and “Norbit” with the occasionally break for a late night showing of a Shannon Tweed erotic thriller and in a matter of days the screenplay practically wrote itself. It probably says something profound about the times we live in that a movie that coasts along on autopilot without any surprises, hitting every cliché straight out of the Serial Killer Movie 101 playbook also revels so much in truly disgusting and unpleasant imagery. It tries to simultaneously push boundaries while not really doing anything new or unexpected.

The story follows an Australian cop who, after wrapping up a case involving a cannibal and his willing victim, starts looking up strange fetishes on the internet. You know, for research. He finds a highly encrypted website that features a live webcam of a morbidly obese woman and the tattooed naked man who constantly feeds and weighs her. In the super premium members’ section of the site he finds additional information like her blood pressure and cholesterol levels as well as a button to place a bet on when she will die. Finding this, he leaves behind his oversexed girlfriend and flies to Toledo to shut down the sicko running the site.

The sicko in question is a graduate of the James Gumb School of Psychopaths who traffics in naked Wal-Mart shoppers instead of basketfuls of lotion. He’s traumatized by childhood memories of when his bedridden super-sized mother would drag him away from suggestively playing Pac-Man on the Atari 2600 so that he could shove more gruel into her piehole. To cope with that he finds women who are all too happy to give up any semblance of a normal life in order to lay in bed all day and be fed and occasionally have their folds groped, which the Australian filmmakers somehow know is every American woman’s secret dream. They also know that we’re so dumb that when someone says they’re from Sydney, Australia, all we can say is “Is that near Japan?”. Those Aussie’s are on to us.

There’s also a big mystery about what the sicko does to dispose of the Hutt-sized dead bodies which you’ll never guess except that you probably already have and one of the most groan-worthy coda twists that I’ve seen in a long time. The end product is a movie that takes the most unoriginal tropes of formulaic thrillers and fleshes them out with the worst excesses of gross-out effects. It’s too far out there for mainstream audiences and too conventional for genre fans.

To give credit where it’s due, “Feed” isn’t so much a bad movie as it is a confused movie. It’s well-made and it earns a few bonus points for its soundtrack, which attempts to juxtapose the dark scenes with 70s bubblegum pop. The juxtaposition goes too far at times, though, specifically in its insistence to intercut any shot of any person or thing which is attractive or appealing with a shot designed to punish us for finding the previous image aesthetically pleasing. As John Waters taught us, extreme grossness is best leveraged with tongue firmly in cheek. The movie flirts with satire at times but it never goes all out.

So is “Feed” worth your time? If you like police procedurals and just wish they were more vomit-worthy, then you might find something to like here. For those outside that Venn diagram overlap, though, “Feed” will probably either be too far out there or not far enough. You could probably get the same effect by watching “CSI” and surfing rotten.com during the commercial breaks.