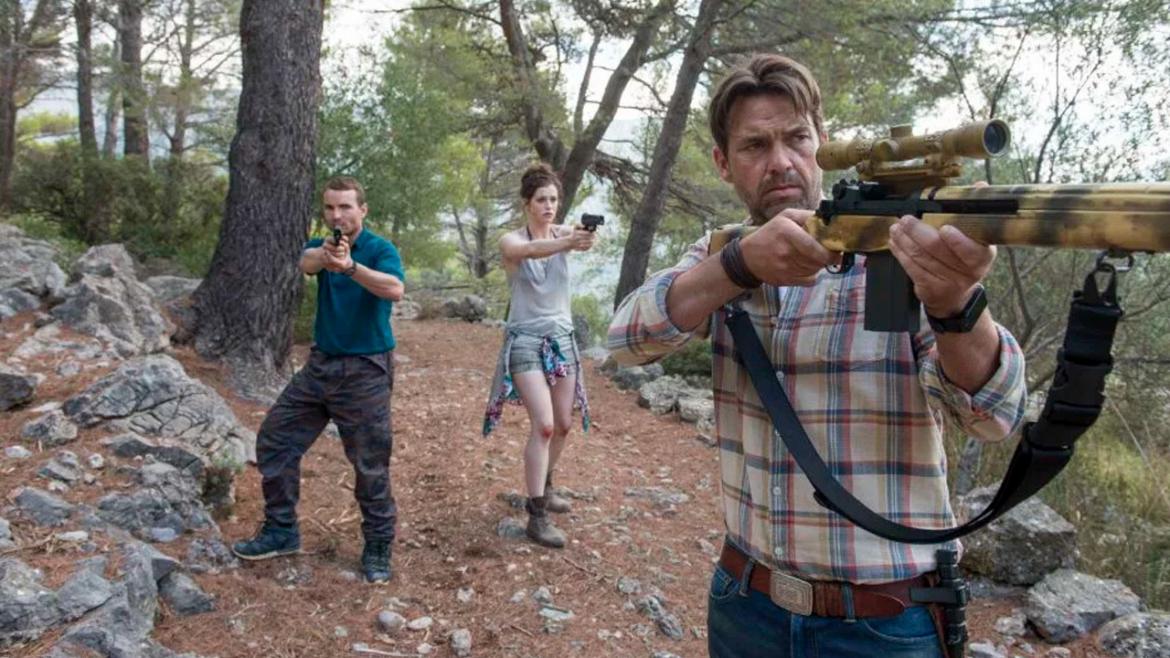 As far as zombie movies go, there isn’t typically a lot of variation. More times than not, our protagonist wakes up one day in a world that has radically changed (think 28 Days Later, the pilot of Walking Dead, the Dawn of the Dead remake). In these movies, we are along for the ride while characters try to adapt on their feet to a whole new set of rules.

2016’s The ReZort is another story altogether. The film opens after a zombie apocalypse has come and gone. While humanity seems to still be reeling, things are mostly back to normal, save for the large population of refugees who have been left without a home after the outbreak. Oh, and one more thing, the remote island which holds the entirety of the remaining undead...and the trendy resort where you can pay to hunt them. People pay heaps of money to get to trek through the wilderness and work out all of their issues on the zombies, nothing could ever go wrong.

This straight-to-VOD film is about what you’d expect from a movie of its caliber, the acting is subpar and the story is really flimsy and predictable. The film benefits not only from the current craze for anything and everything zombie related, but from advances in practical effects and makeup that help the shuffling hordes to look a little more spooky, so long as they aren’t too close to camera.

The movie certainly thinks it has some things to say about capitalism, aggression, and our need for violence, but many of those messages get jumbled and mishandled along the way. This movie definitely isn’t going to be winning any awards, but you could do much worse while sifting through the streaming service of your choice. So why not? “Because every apocalypse deserves an after party.”