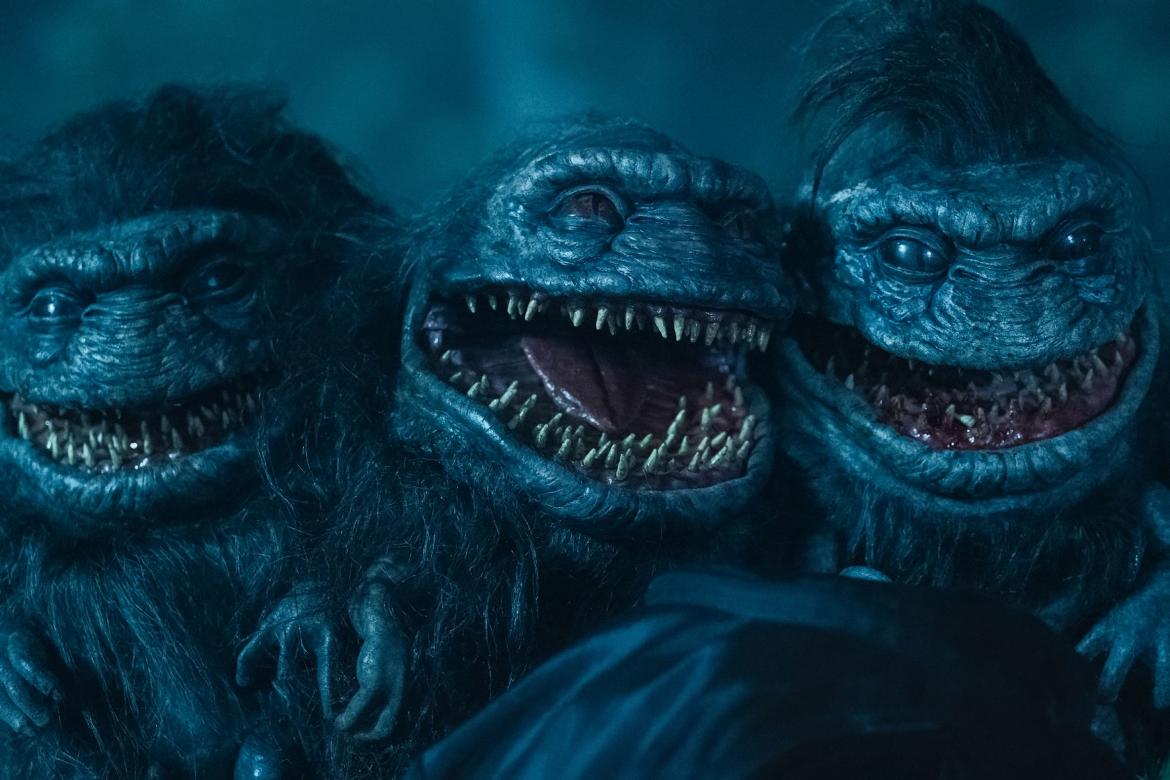 The Critters franchise has not enjoyed much time in the horror spotlight over the last 27 years. Now, in 2019, the little balls of fury have already been re-introduced to the limelight with Shudder's Critters: A New Binge web series, which viciously terminated the franchise's hopes for continuing on into the future. And now we have Critters Attack!, which doesn't even come close to dragging the Critters name out of the fecal matter it was so callously lead into with A New Binge. But, hey...it's a start, I guess.

Critters Attack! keeps things simple. Almost too simple. Beginning with the crash landing of the Crites to Earth, the creatures quickly begin to turn the populace into a buffet. Meanwhile, Drea (Tashiana Washington), a Sushi delivery girl who is struggling to get into the college of her dreams, takes a job babysitting for said college's Dean of Admissions in hopes of making an impression. When Drea takes the kids and her younger brother hiking they encounter an injured white critter and decide to help. This decision leads them to a Crite feeding frenzy of which their new alien friend, who they name Bianca, may be able to help them escape.

Did I mention Dee Wallace was in this? Kind of anyway. Dee Wallace who starred in the original Critters from 1986 returns off and on as a bounty hunter who springs into action due to the Crite presence. Her role is relegated to brief appearances in a few scenes where she fires her futuristic critter killing gun, disappears, then pops up in the end to tell us what we already knew and then boom, the movie is pretty much over.  In-between we get wooden characters jumping from scene to scene where they encounter some Crites, run to the next set, run into more Crites, and so on. Our furry alien antagonists unsurprisingly are fun and inject some semblance of energy into this snooze fest, but watching them snack on this pack of flavlorless human jerky isn’t nearly as satisfying as it should be.

Picture, if you will, a 6 or 7 year old child was handed a bundle of Critters action figures. You set them down in front of the kid and observe as they haphazardly mash the plastic pieces into each other, making growling noises, using their imagination to makes sense of the action. In actuality it's just a lot of noise and intermittent chaos with absolutely no rhyme or reason. That's essentially what the experience of watching Critters Attack! is like. You might find some entertainment in watching the unencumbered mind at work, but ultimately it's all just a tangle of divergent ideas with no direction.

This movie feels like Bobby Milller was given a mass produced "Make Your Own Critters Movie" kit that comes with all the tools to make a feature but without instructions. Critters: A New Binge set the bar so incredibly low for the return of this franchise that all Critters Attack! needed to do was exist. Even with some mild fun to be had in the last act the latest Critters romp manages to trip over that impossibly low bar.

Screened as part of the Fantasia International Film Festival 2019