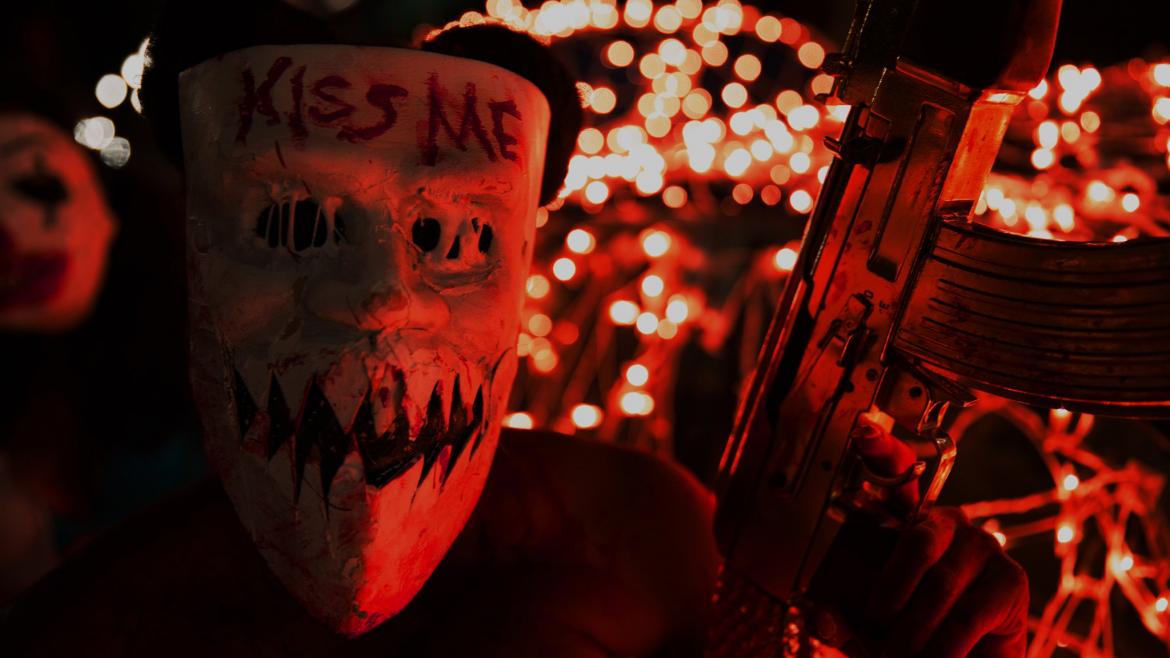 In our current political climate, it is becoming more and more difficult to write critiques or satires that are more ridiculous than what is actually happening. A certain candidate struggles to make herself relatable while another seems to be finding an audience no matter what ridiculous thing he says. How fortuitous, then, that the most recent installment in the Purge franchise, released over the Fourth of July weekend is also set in an election year.

The Purge brand has become pretty well-established over the course of its three films. The first movie, set entirely inside a home on Purge night in the style of a siege movie, was met with mixed reviews. The world they were trying to build seemed interesting enough, but the scale felt a little bit claustrophobic. The series really hit its stride on its second try, with The Purge: Anarchy. Zooming way out, Anarchy brings together several groups of people who have all found themselves outside on Purge night as they try to keep each other alive. This larger setting created space and opportunity for the kind of set pieces and mayhem that have become synonymous with the Purge movies.

The Purge: Election Year begins a few days before the annual Purge, just two years after the events of the last movie. The New Founding Fathers of America have put forward their requisite talking head to parrot their ideals, but this year they are faced with a serious challenger. Senator Charlie Roan (Elizabeth Mitchell), running on an anti-Purge platform, has gained serious momentum, leaving the NFFA shaking in their fancy, expensive, boots. Never ones to play fair, the NFFA remove any and all protections for political figures and put a hit out on Senator Roan. Luckily, crowd favorite Leo Barnes (Frank Grillo) is on her security team and very skilled at keeping people from dying on Purge night.

Where Anarchy took the idea from its predecessor and blew it out to the nth degree, Election Year feels like a pretty by the books retread of the film that came before it. We again find ourselves in a big city (albeit a different one, but they all look the same on Purge night), with a ragtag crowd who are forced together by circumstance, trying to survive while a government sponsored group comes after them. The messaging about race and class doesn’t add anything to the previous films and, if anything, what it does try to say feel a bit convoluted and unearned. What’s more, the exciting parts feel much further apart and there seems to be a lot more plot that we’re supposed to care about. Even the cool set pieces, like one that involves a car entirely covered in tiny white christmas lights and a troupe of badass babes with huge guns, is tainted by the fact that the movie goes to great pains to establish them as high school students and then shoot them very leeringly.

In the end, The Purge: Election Year feels like a ton of spaghetti thrown at a wall when it would have been better off if it had taken its better parts and incorporated them into Anarchy. Where these movies succeed are when they get bigger and badder and embrace both and this movie, despite the bevy of potential material, did neither. Here’s to hoping that if they make another one to follow this--which they almost certainly will if my packed theater was any indication of its monetary success--that we get a change of scenery.