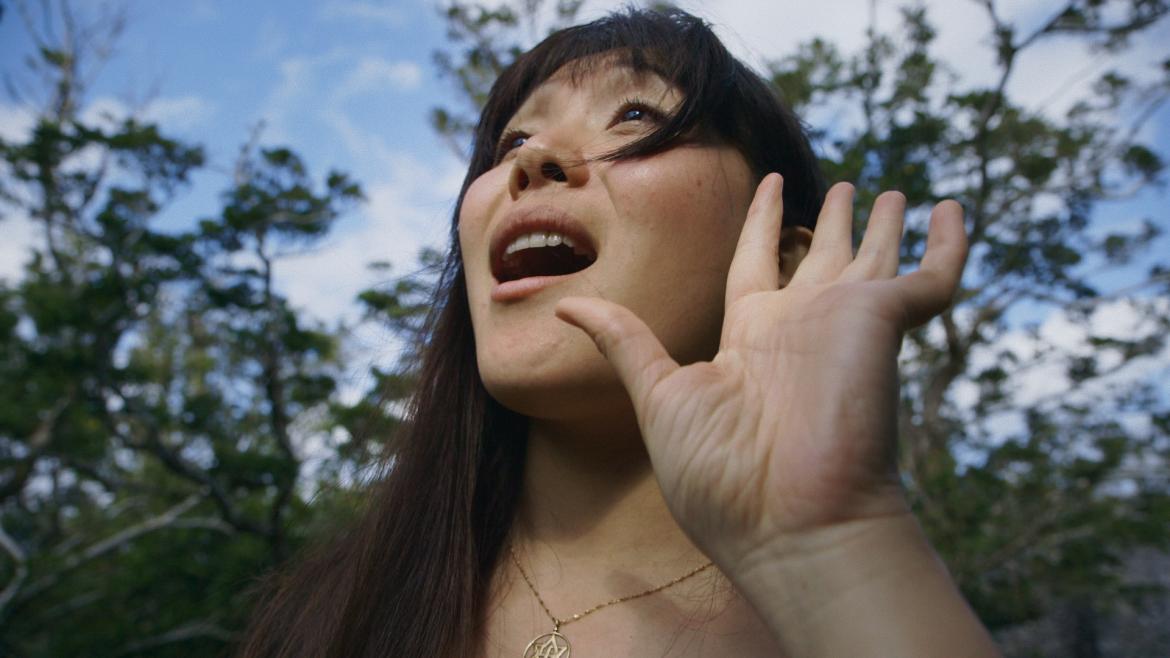 A hammer, a microscope, and religion -- what do these things all have in common? In Yoav Shamir’s new documentary The Prophet and the Space Aliens (2020) we see the director’s answer to this question. The film covers the Raelians, a group founded by Rael, né Claude Maurice Marcel Vorilhon. Rael is a 69 year old former journalist/racecar driver/ musician who is now the leader of a religion after claiming multiple experiences with extraterrestrials, What’s more, the religion is connected with Clonaid, a company that claimed to have cloned the first human in 2002 and there was a Raelian clinic in Burkina Faso that performed surgical reconstruction of female genital mutilation. You may wonder how all of these topics can be thoroughly covered in the 86 minute run time, and the answer is they are not.

Viewers approaching a documentary on an esoteric religion may expect the same types of takedown style filmmaking they have seen before; think of the many pieces on Scientology. This film instead is fairly even handed in allowing the members of the religion and those that have interacted with them to tell their own story. The words of one of the talking heads is taken to heart and the director focuses on interrogating the religions practices and is less concerned with its outlandish beliefs. While the film falls within the cinema verite style Shamir previously employed in films like Checkpoint (2002), the director’s thoughts on the subject matter is clear to discern. He does not believe in the tenets of the religion, and moves toward discrediting its origin, but in the end does not violate the trust of his subjects.

The film offers the unique opportunity to sit down with a charismatic leader of a new religion, a rare opportunity, as most founders of religions and prophets are isolated from the public or dead. We see the good deeds that the group does, the aforementioned clinic and the group’s sex positivity, while still demonstrating that Rael has all the symptoms of a classic cult leader. His group includes many scientists and business people, which is consistent with many other new religions. Rael has a group of women that only he and the Elohim (the aliens that represent the Abrahamic Yhwh) are allowed to sleep with, and he regulates some of his member’s diets, along with his wife he married when she was 16. As a viewer you may waffle between almost finding common ground and absolutely deploring the people involved.

The editing on display is consistent with the genre - narratively jumping between locations and times and revealing information from the same conversation where it would become relevant to the story. The documentarians travelled to Japan, Canada, and Burkina Faso which was no light task, interviewing predominately Raelians. It is clear that there was difficulty accessing people outside of the religion that wanted to discuss it, outside of a religious scholar, a former friend of Rael and a former member of the group. These segments focus on the place of religion and plagiarism in his account of the alien experience. There is little in the way of sensationalism; with only a lightly smoking gun.

Ultimately The Prophet and the Space Aliens concludes on a flat note. Although it spent a lot of time giving Rael a neutral and almost positive frame, it felt disingenuous to say that religion is a manmade construct and we should treat it like other things we enjoy, including ice cream. While some may find this sentiment to be a completely balanced approach, it tacitly accepts the practices of the religion which were not fully explored. As a piece of anthropology the film is acceptable, but as a piece of documentary filmmaking the narrative drives toward nothing, leaving the viewer with an unearned positive feeling; an opium for the masses if you will. If you do not know the story and you are looking for a breezy doc that does not leave you in a pit of despair, it is a nice watch if not easily forgotten.

Movies Like The Prophet and the Space Aliens (Fantasia Film Festival)