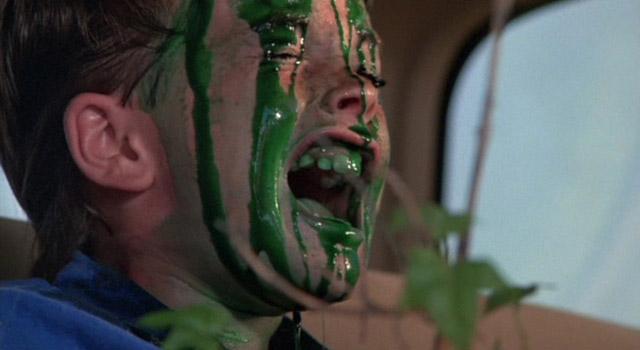 The story of "Best Worst Movie" starts in the summer of 1989, in a small Utah town where a little independent horror film was being shot that would eventually go on to be known as "Troll 2". Directed by Italian filmmaker Claudio Fragasso and written by his wife Rossella Drudi, "Troll 2" has gone on in many circles to be considered the "worst movie ever made". It was a legend that the film built during many late night showings on HBO in the mid 1990's, and one solidified in the internet age, when it was voted "worst movie ever made" by the users of IMDB.com.

The making of "Troll 2" is only part of the story here though. More importantly, it's the story of the film's legacy, and what exactly it's like to live the rest of your life as the star of one of the worst movies ever made. That's where Michael Paul Stephenson enters the picture. Stephenson is the child star of "Troll 2". The Christmas after he finished his time on set of the film, he had his hopes of becoming a famous actor dashed when he opened his shiny new copy of "Troll 2" and popped it in the VCR for the whole family to see. As he puts it, 90 minutes later and all of his childhood dreams went up in flames.

It is nearly 20 years on from that faithful Christmas morning, and if this documentary is to be believed, something very strange has happened with "Troll 2". Thanks to the internet, the Myspace generation, and countless showings on HBO throughout the 1990's, "Troll 2" has amassed something peculiar... a loyal, ravenous fan base. It's something that Stephenson himself began to notice a few years ago, when he started getting more and more fan-mail regarding the film. Although he was confused and reluctant at first, something eventually clicked in him. He knew he had to discover what this was all about, and document it for the world to see. Before he could do that though, he had to track down his partners in crime. Ostensibly, that's where "Best Worst Movie", the actual documentary, begins.

We spend most of the running time with George Hardy, a square-jawed dentist from Alabama, who played Michael's father in "Troll 2". George has had one, and only one, acting role in his life. He's a gregarious character with a successful business and a loving daughter, and although he may play coy with the residents of his small hometown, one gets the feeling that George never had a problem talking about "Troll 2". Throughout the middle section of the documentary, Michael and George travel to screenings all around the country, meet the film's peculiar fans, and enlist the help of their old co-stars along the way.

What they discover on their journey is something akin to the fandom surrounding "Rocky Horror Picture Show". In fact at one point, someone mentions that this film could even be considered the current generation's equivalent. It's a community really, of often intelligent, fun loving movie fans who aren't afraid to indulge in the pleasures of a terrible movie. A place where even the world's biggest misfits can gather and celebrate a phenomenon just as strange and different as they are.

At about 45 minutes in, "Best Worst Movie" steps up its game when Michael flies to Italy so that he can track down Claudio Fragasso, the maestro behind this cinematic steamer. What he finds when they get there is even more peculiar than you can imagine. Claudio, who has remained active as a filmmaker since "Troll 2", at first seems absolutely astonished that anyone is still talking about it. It doesn't take him long to come around though, as we're soon treated to several unbelievable scenes (subtitled in English) where Claudio goes on and on about how "important" his film was. Yes, your read that correctly. He thinks, quite sincerely, that not only did he make a great movie, but that what is happening now is that fans are finally "ready" to give in to the pleasures of it.

It's a sentiment that would almost be endearing were it not for Claudio's aggressively boorish personality. Even after they fly him to the States and try their best to explain what is going on with "Troll 2", he remains stubborn until the very last frame. He's convinced that his "dog actors" are being unnecessarily harsh to his film, and are not understanding the fan's adulation. For Stephenson's part, the editorial discretion here is nothing short of super human. Claudio's confused emotions and aggressive behavior are not sugar coated, and conversely, at no point is he vilified for what appears on the surface to be borderline inappropriate behavior. The footage is presented very fairly, laid out there for the world to see. The way it is interpreted will no doubt vary widely from person to person.

That same discretion is also afforded to a handful of other participants in the film. Needless to say, not everyone associated with "Troll 2" has led a charmed existence. Several of the older actors appear to be in the throws of full-on dementia, and Stephenson's handling of these situations on film is something that again must be applauded. The scenes featuring Margo Prey, who played Michael's mother in the film, are breathtakingly uncomfortable to watch. Even Stephenson and Hardy, two people who both seem to have a remarkable ability to roll with the punches, appear incredibly uncomfortable with their encounter. These are the moments though that elevate "Best Worst Movie" past the candy-coated love letter that it could have easily devolved into. It is partly that of course, but there is a surprising depth here that fans will appreciate.

My only real complaint is the noticeable absence of Stephenson himself. As the director, producer and marketing force behind this doc, he's made a conscious decision to leave himself out of it. Having interviewed him a little over a year ago about this project, I would have loved to have seen some of the stories he told me then interpreted on screen here. In particular, the torture he endured as a pre-teen and into his 20's as a result of all of those aforementioned HBO screenings. It also would have been nice to see exactly how he discovered this fanbase, and how everything fell into place from there. It's all information that I have read in other places and even heard from Stephenson himself, but has been skipped here in favor of beefing up some of the other story-lines. As the brainchild behind this project, his lack of presence is felt at several key places.

As the documentary wears on, exhaustion and burnout sets in for the entire crew. Even George Hardy, the constant cheerleader of everything "Troll 2", laments at one point about how tired he is of watching the film. This leads to a startling scene at a horror convention, where a visibly frazzled Hardy lets out a torrent of insults under his breath towards the convention's attendees. Look, I don't expect a dentist from Alabama to understand the crowd at a horror convention, but the scene's inclusion here seems risky considering that the majority of "Troll 2" fans also happen to be horror fans. If anything, it's just more proof of Stephenson's fiercely honest vision. No stone seems to be left unturned here, even ones that may offend some of "Troll 2's" biggest fans.

I've been waiting for "Best Worst Movie" for a long time now. Having finally seen it, I can confidently say that it's lived up to all of my expectations and then some. The beginning builds you up and makes you proud to be a lover of bad movies. It's hard to watch scenes like the one depicting soldiers in Iraq, who are using the film to escape the horrors of war without feeling emotional.

That's an odd thing, to be emotional about "Troll 2", but it's essentially what Stephenson and Co. have captured here. The second half then takes it to the next level by revealing that despite the feel good nature of the project, everyone is not hunky dory and not everyone fully understands or cares about what is happening. When the credits roll, you get the feeling that "Best Worst Movie" is more of an end than it is a beginning. In embracing his cult status and undertaking this project, Stephenson also seems to be saying goodbye to it. It's these types of bittersweet overtones that make a love letter like "Best Worst Movie" so special. It's not perfect, but at the same time could not come more highly recommended.

The Prophet and the Space Aliens (Fantasia Film Festival)