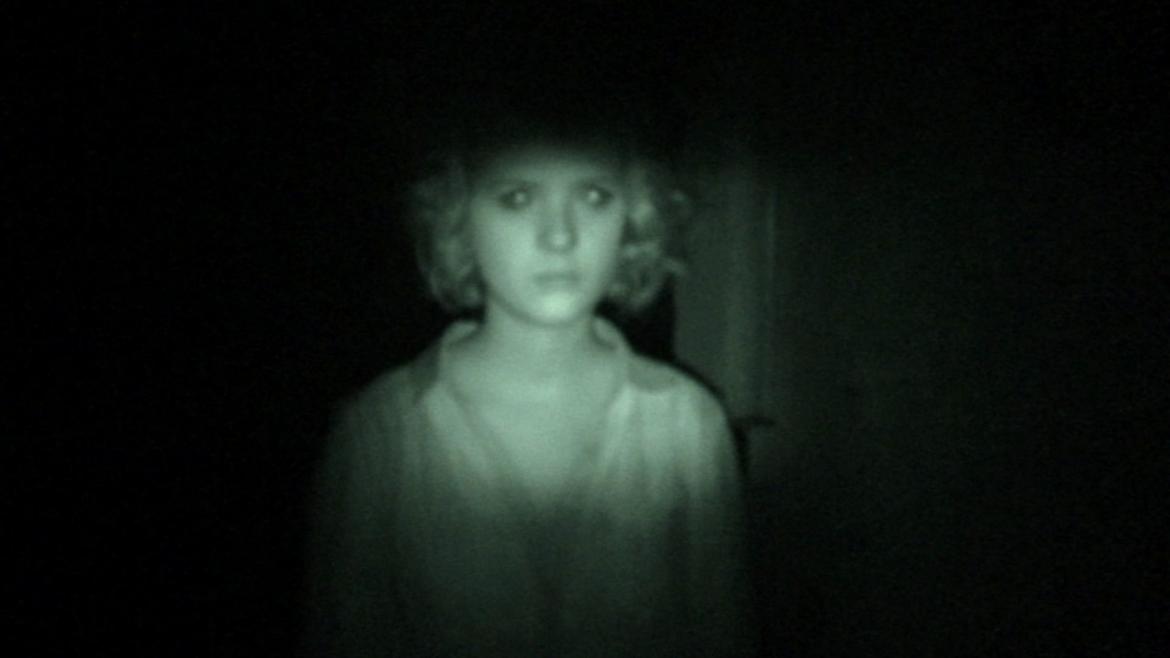 If you’ve been dying to know what a German found footage horror movie would look like, The Presence will scratch that itch. But you may be disappointed to learn that this particular German take on the genre is nearly identical to every other found footage movie ever made.

A young couple (Rebecca, played by Liv Lisa Fries and Markus, Matthias Dietrich) and their friend Lukas (Henning Nöhren) travel to an abandoned castle they believe to be haunted. We’re given no back story at all; the movie starts with the three in a Volkswagen Golf heading to the destination. They’ve somehow gotten a key, but we have no idea how they've come to possess it or who the castle belongs to. When they pull up to the estate, Lukas says it’s been abandoned for two years. Another thing that’s never explained is why this abandoned castle has electricity, running water, and is very clean. I’ll admit to knowing nothing about German real estate, but I’d expect a home that’s been vacant for two years to look very different in America. Chalk it up to Teutonic life, I guess.

The gang has cameras and laptops with them in hopes of capturing real evidence of the paranormal on video. Markus explains that he’s writing a paper on the subject for college, and if they can record some spooky stuff, it would really make the paper pop. What follows is a mashup of every Paranormal Activity movie, only with German accents and a dreary old castle rather than fancy Southern California McMansions. Things start out slowly with doors opening and closing, faint noises, and vanishing soccer balls. It progresses to louder noises, hide-and-go-seek with their video equipment, and all the paintings in the home turned backward. Eventually, Rebecca starts acting weird, sleepwalking barefoot in the snow and telling Markus she’s having dreams of him covered in blood. Despite the craziness, Markus is reluctantly to leave. He’s determined to get real evidence even if it places them all in danger. Once he finally relents, the ghosts have conveniently swiped the car keys.

Despite the fact that The Presence is eighty-two minutes of ‘been there/done that’, it’s not bad. There are definitely some unsettling scenes, and the tension builds nicely. The spookiness starts early on, so there’s not a lot of time spent waiting for things to happen. And, while bickering seems to be a staple of found footage, it never reaches Blair Witch levels of annoyance.

Folks who are ready for this particular horror trend to be hurled onto the dustbin of history will want to stay far away from The Presence. But found footage fans will probably enjoy this. If you’re looking for a movie that would fit in somewhere between Paranormal Activity 2 and 3 - only subtitled - you’re likely to have a good time.