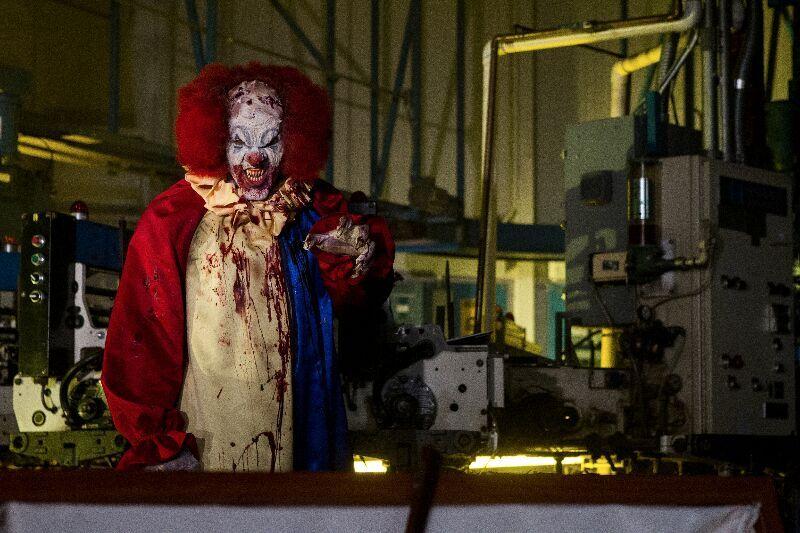 A few years back there was a vampire office flick by the name of Bloodsucking Bastards that had the distinction of being "Office Space with vampires". Now we've got The Night Watchmen which doubles and triples down on its movie mashup by being some forgettable mix between Zombieland, the aforementioned Bloodsucking Bastards and Paul Blart: Mall Cop.

Perhaps it would be more fair to remove the Kevin James connection and insert Observe & Report in its place, but The Night Watchmen's goofy sense of humor and slapstick sensibilities are too lazy to give a pass. In fact, even the Zombieland comparison is a bit of a stretch seeing as the film follows a group of inept security guards battling a vampire infestation over the course of one night in their office building. However, the vampires often feel more like zombies than that of a creature of the night.

Mitchell Altieri knows enough to keep things moving quickly and to not leave a lot of time in-between the action. The bloodshed is actually one of the film's redemptive aspects including an inspired if over-the-top extended blood geyser. A few solid bits of gore are not quite enough to overlook the sloppy writing and hacky jokes plaguing each and every scene.

The Night Watchmen squanders some of the clever violence and gore on thin slapstick jokes. Its the sort of flick that if you caught late at night on HBO or Cinemax it wouldn't be all bad--but even then you'd just be better off re-watching Game of Thrones.