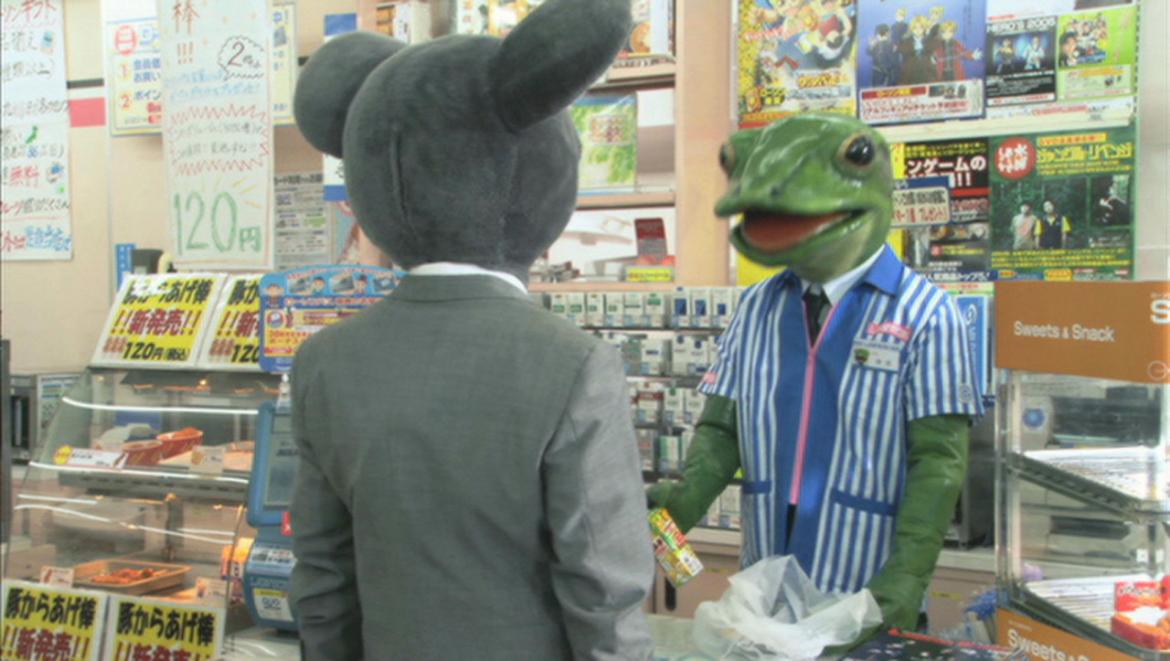 Koala Kacho seems to have everything going for him: he’s the vice-president of a pickle manufacturing plant, he has a beautiful girlfriend, and he’s about to seal a huge business deal with a South Korean kimchi company. Things couldn't get much better for a giant suit-and-tie-wearing koala right? Only he has one problem: sometimes he blacks out at night and then the women in his life end up dead.

If that sounds entertaining to you, then you’re probably someone who would enjoy “Executive Koala,” but if you feel that sort of absurdist humor is beneath you then don’t even bother. This is the type of ridiculous horror-comedy that couldn't come from anywhere except Japan, and it’s the type of movie people will either love or look down their nose at.

I personally found this movie pretty hilarious, and the film's constant pairing of something serious and mundane with something absolutely ludicrous seems like it is a particular style of humor I don’t think we see a lot of in American media. I would imagine the closest thing I could compare it to, that Bloody Good Horror readers would be familiar with, is the type of humor you might see in “Adult Swim,” but even that is still a really different flavor than "Executive Koala." For those more familiar with anime or manga I found this to be much more similar to the series: “Cromartie High School,” which is about a middle school filled with juvenile delinquents, as well as a robot, a gorilla, and Freddy Mercury.

After the koala seals his big business deal with the South Korean kimchi company a detective informs him that his girlfriend has been killed and begins to follow the koala everywhere. Soon afterward the man who represents the kimchi company tells him that his ex-girlfriend is also the koala’s ex-girlfriend. He informs the koala that she is now dead and accuses the koala of beating and murdering her. The koala begins to crack under the pressure and then the movie turns briefly in to a slasher where the koala may or may not be stalking and slashing his friends and associates.

There are a lot of ridiculous things that happen in this film, but for me the real highlight is a dream sequence where the koala imagines himself on trial. There are several scenes of him terrorizing his hometown as a young koala, and the villagers doing a song and dance routine about how awful he is. Finally a judge with a superhero cape descends from the sky and accuses the koala of having never truly loved anyone.

One of the odd things I noticed about this film is that the Synapse cover of the movie really plays up the horror elements of this film, and the Japanese cover just has a picture of a really cute koala in a tie. I think the humor for the Japanese is that the koala is so cute and innocent but is also terrified that he might be a serial killer, and the expectation for American audiences is that it’s just funny to imagine koalas murdering people. It’s a small difference, but one worth noting.

This is also the type of movie that I think a lot of people might consider “so bad it’s good,” and there might be some value in looking at it that way, but when the creators of the film are clearly aware of everything they are doing, it is hard to call the movie “bad.” Everything in the film is there specifically to make you laugh so there isn't any irony here. If this movie sounds fun to you then definitely check it out. It’s one of the most enjoyable movies I've seen in quite a while. Also this is a perfect party movie to watch with a big group of friends, and I would say it actually helps that it’s subtitled because you’d all probably be laughing too hard to hear anything they were saying anyway.